Bri's troubles weren't the center of the weekend, but she has had better weekends in her life.

We weren't here for the fireworks on the 4th of July, but the rest of the family went to watch them and it sounds like the crowd was too close to where they were being fired off because one of the first few fireworks that went up sent ashes over the crowd and into Bri's eye.  She wouldn't look at the rest of the display and just kept asking when it was going to be over.  In the morning, her eye was very red.

Today, she and her friend Scotty built a big pile of seaweed on the beach where Tom and Joe's BBQ was being held. 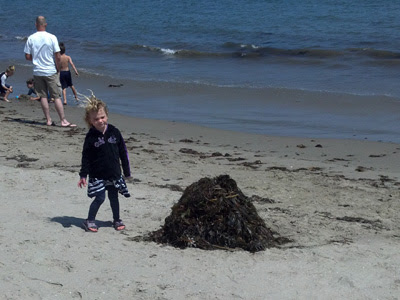 Apparently the seaweed was inhabited by critters and Bri got stung by a little black bug.  Her hand swelled up and she required a lot of comforting. 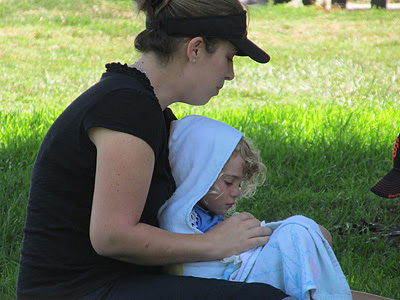 I love this picture because it made great use of my new Canon camera with a 16x zoom.  My old Panasonic was always a disappointment when I tried to take zoom pictures, but I took a LOT of zoom pictures today and without exception they were all extremely clear.

Like this picture of Tom taking a picture of Joe cooking all the meat on the barbeque.  I was waaaay across the picnic area when I took this one. 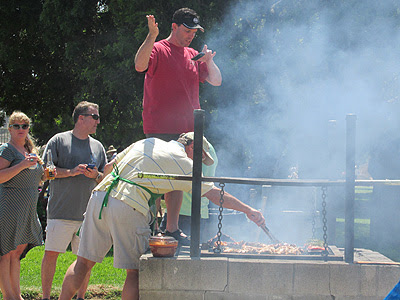 (It WAS an impressive sight!) 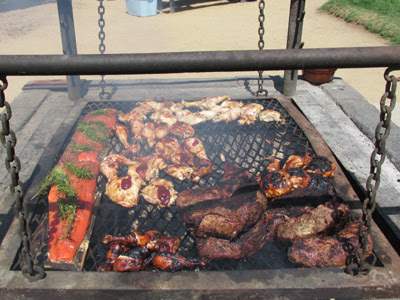 Yes, Tom and Joe outdid themselves yet again and the missed year (no picnic in 2012) did not seem to discourage the faithful who come to this event each year.  Walt guesstimated that if you included the kids we had over 50 people there. 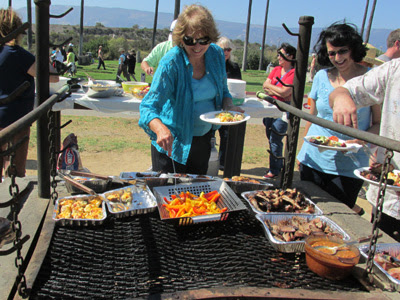 This year, for the first time, people brought desserts and the two cakes I'd picked up at the grocery store were hardly touched. 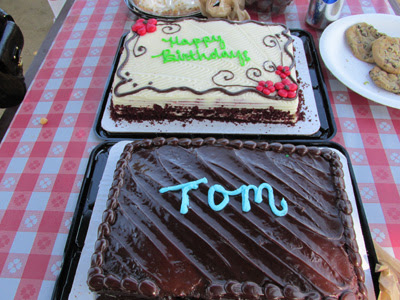 Bri's friend Scotty was particularly excited about the cakes. 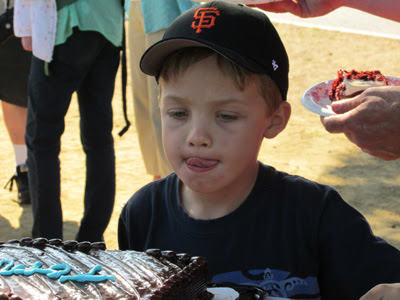 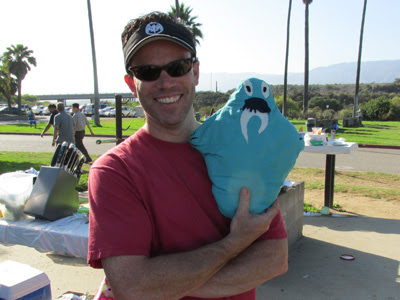 We found this guy in Alice's storage compartment last night.  Alice Nan told me that Tom had made it for his grandmother a long time ago.  Tom laughed and told us he made it in home ec class when he was in 8th grade.  He figures it has lasted >30 years and now that he has given it to Brianna, it will be lucky to make it another 3 days.

After the day ended, we went to our respective houses and it was time to go through The Jewelry. 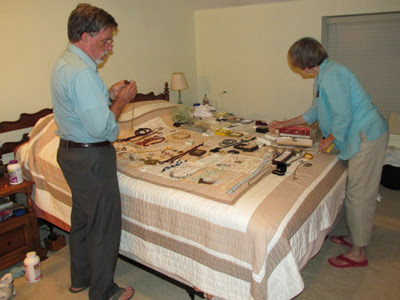 Alice Nan put all of Alice's jewelry on display for us to help her sort through.  She had an amazing collection, a combination of good stuff and junk. I am not a jewelry person, so there was nothing there that I could see myself ever wearing and, as Olivia seems to be a knowledgeable person when it comes to sorting the wheat from the chaff, I finally left the two of them to sort out what gets saved and what gets discarded and I decided to come in and write this entry.

Wow, those are great photos!