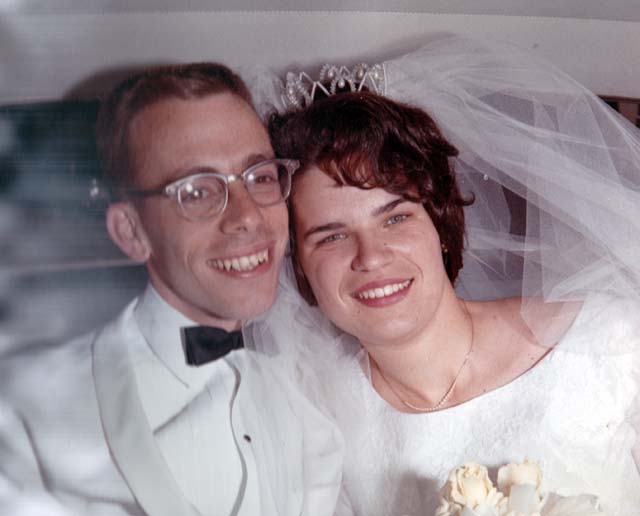 When Walt and I married, 48 years ago today (happy anniversary, dear!), Ellen and Shelly had not yet met each other.  Nobody ever even thought in terms of the concept of "same sex marriage" and certainly nobody could have predicted that some day it would be legal anywhere in this country.

Today, as I sat with tears rolling down my eyes, the Supreme Court said that the federal government must extend equal rights to everyone married in states which allow same sex marriage and, though they did not make same sex marriage the law of the land, they upheld the decision of Justice Walker in California and marriage is now once again legal in the state of California.

The news cameras which were covering the reading of the decisions flittedback and forth between gatherings outside the Supreme Court and the gathering inside the California State Capitol, so I was able to instantly watch Shelly and Ellen rejoycing in the decision for which they have worked so hard for so many years.  For Shelly and Ellen, the Prop 8 decision was irrelevant because no matter how it was decided, their marriage (and the other 1800 marriages which took place during that window when it was legal) were not being challenged (though if Prop 8 stood, it is possible their marriage could have been nullified by another court decision), but now every gay couple in love in California has the possibility to marry again.

Though some of the decisions coming out of the Supreme Court this week were a bit depressing and I was very dubious about what would happen in the decisions today, the Supreme Court did the right thing. They understood the humanity of all people, they said that gay people have equality with straight people and this is a huge decision.   I have been crying happy tears since the decisions were read.

Walt and I celebrate 48 years today and we are celebrating in a way normal for us.  Walt is going to San Francisco to go to the opera; I am going to a memory class with my mother and spending time with her until Walt's sister drops by for a visit.

This doesn't mean we won't be celebrating our anniversary.  We exchanged cards, Walt gave me some beautiful flowers, and we will go out to dinner tomorrow night.

Forty-eight years.  My lord...where did the time go?

Ellen and Shelly have been together 40 years, married since 2008.   Today is a huge day for them.

Congratulations to all of my gayfriends on an historic ruling today.
Posted by Bev Sykes at 8:07 AM

And congratulations to you and Walt!

Happy anniversary to you and Walt.

Nice to know that supporting Ellen and Shelly didn't destroy a "normal" marriage. Of course, most of us never thought it would. 8)

Happy anniversary to you and Walt! What a day for celebrations. No more DOMA!