It had been several months since my cousin had been up to do my mother's nails.  Niecie is a cosmetologist who owns two beauty salons in Marin County and has been keeping my mother's nails in good shape since long before she moved to Atria.  But she's also a very busy person and I think it had been about 6 months since she was last able to come up and my mother had been complaining about her nails for a very long time.

Niecie is such a special person.  Everybody in the family plays lip service to loving my mother, but in all the time she has been at Atria (4 years), nobody has so much as sent her a note.  Somehow telling me how much they love her on Facebook is not quite the same thing as getting in the car and actually coming to see her.  Of course, by now it doesn't matter because she wouldn't know who anybody was anyway, but every time someone tells me how special she is and how much they love her, it irritates me!

I almost made an appointment to have her nails done when I took her to the beauty parlor this week because her toenails were particularly bad (long and curling under), but before I could do that, Niecie called and said she was planning to come up.  Yippee.  The cavalry was on the way!

When I was last at Atria, they told me that a podiatrist would be coming to the memory unit to examine everyone's feet this week and asked if I wanted her to see the doctor.  I told them no, since I knew Niecie would be there.

Niecie called me from Atria this morning to let me know that she was there, but my mother was "too tired" to let her give her a pedicure, even though she has been complaining about how bad her feet are.  So I made arrangements with Atria to have her see the podiatrist, which will cost $40 (since it's not covered by Kaiser) just because she was too tired to sit in a chair and let Niecie work on her feet.
But she wouldn't understand my frustration.

Niecie and I met for lunch instead, since she had driven an hour and a half for nothing.  I had a couple of things she had given to my mother years ago that I needed to return and it was nice to just visit.

Though I am from a large family and had 32 cousins, because of my father's disdain for my mother's family ("a bunch of hicks from the sticks"), I did not grow up knowing most of them.  The only ones I grew up with were Peach and her sister and Kathy and her two siblings.  That was because somehow their fathers were "acceptable" to my father.

Of all the other cousins, I knew Niecie's mother (who really is my cousin; she has 3 daughters -- not sure what exactly that makes Niecie; just easier to call her my cousin) better than most but the rest of them are pretty much strangers to me.  The various family reunions we have had over the years have not helped that because they all knew each other and I didn't know them, and we know how gregarious I am in a crowd of strangers.  It was fine when some of my mother's siblings and their spouses were around, but once they died, the idea of a reunion held no appeal to me.

Niecie is perhaps the most ardent about family connections and I remember a few years back when she decided that what we all needed to do was go to this camp she knew of where we would have a few beds in a cabin, mostly sleep in the ground, there would be zero internet connection or media of any kind and we could just all sit around and enjoy each other.  It sounded like my idea of dying and going to hell, and fortunately there didn't seem to be anyone else interested in doing it so I didn't have to come up with a creative excuse for not going.

They even tried getting us to a reunion a couple of years ago and assured me that they would take care of "everything" so that my mother would enjoy herself.  But by this time my mother didn't remember having a large family and was afraid of even going to meet her good friends for lunch and I knew that a family reunion of people who would be strangers to her would be very uncomfortable for her. 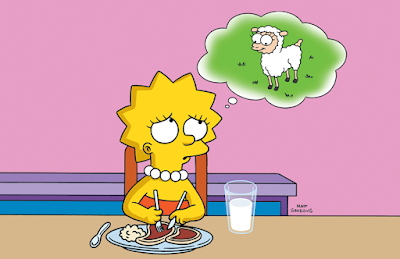 Email ThisBlogThis!Share to TwitterShare to FacebookShare to Pinterest
Labels: niecie

I never remember that! Thanks.