I Love This Stuff

I don't really have the expertise to write this page, but I'm going to write it anyway.

Yesterday I took my mother's meds for next week over to her.   She was the last in a list of errands I was running around town, the last stop of which was at CVS to get her some lipstick, since she's used the lipstick I bought about 3 months ago (I can't even imagine using up a lipstick.  I can't remember the last time I wore any!)

ANYWAY, I was listening to NPR as I drove around and as I was approaching Atria, there was a podcast about words.  I was drawn into it by a woman named Susan Schaller who has written a book called "A Man Without Words."   It's the story of a 27 year old man she met in a sign language class.  He had no words.  He didn't know what language was.  He had no concept of "sound." He saw people interacting with each other and he mimicked them, but he didn't know why. He just thought he was stupid because he couldn't figure out what they were doing.

Hearing her tell about her methods of trying to get him to understand that everything has a name, and the big a-HA moment when he "got it" sounded almost like a quote out of The Miracle Worker, and Annie Sullivan's work trying to get the concept of words through to Helen Keller, and the flood of communication that resulted from that breakthrough.

The interview morphed into one with a guy named Charles Fernyhough, a Brit (of course--who else but someone British would have a name like Fernyhough?) who studied Natural Sciences and Developmental Psychology, with emphasis on child development.

He talked about the relationship between words and concepts.  He gave as an example a rectangular room, painted all white.  You put a mouse in the room and put a treat in one corner and once he learns how to go to that corner he's fine.   But if you pick him up and spin him around and putting him back, he doesn't have a clue in which direction to go.

If you paint one wall blue he still can only find the treat 50% of the time.  Though the mouse can see color, he doesn't know the concept of using that as a clue to find his treat.

Then he talked about children and how they don't make this connection either until they are about 6.  Though children younger than 6 are very verbal, they haven't yet developed the concept of a relationship between things. But around 6, all the synapses are firing and they know objects, they know colors and they know directions and can put all of those concepts together.

"The toy is to the left of the blue wall" would mean nothing to Lacie, for example, even though she may know colors and directions, but doesn't understand how you can use one in relation to the other. but Bri should be able to figure it out.

I sat there fascinated because I was wondering if Fernyhough had ever applied his theory to people at the end of life.  I have been noticing this vocabulary/concept disconnect with my mother for months.

The plant is looking sick.  Water will help the plant look better again.  But that does not translate into "I will go put some water on the plant."

In fact, I was so fascinated by what he was saying that I looked up Fernyhough's web page and actually wrote to him to ask what he thought of my theory.   He'll probably think I don't know what I'm talking about but...hey...maybe I'll open up a whole new area of investigation for him.  But more likely I'll never hear from him at all. 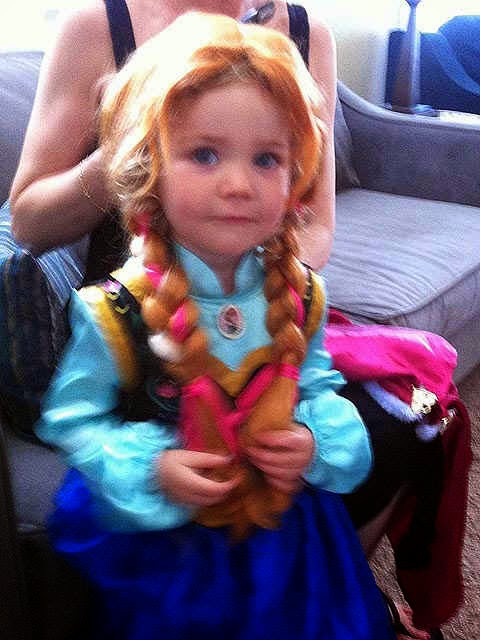 (I actually watched all of Frozen today...the plot makes more sense without small children in the room singing and dancing and talking!)
Posted by Bev Sykes at 12:00 AM