The world's tiniest Darth Vader was having a sword fight with the world's youngest "old man," she using her light saber and he his cane.  At the same time BB-8 was racing around on a scooter... 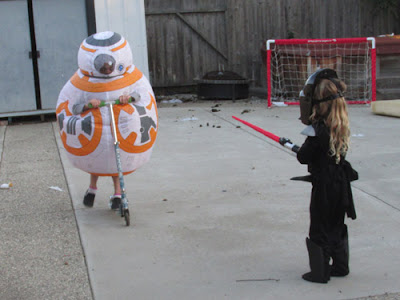 ...while a Storm Trooper, riding some sort of wheeled vehicle was crying because the dog wouldn't stop following him.

In the meantime, Princess Leia was in the kitchen carving a pumpkin. 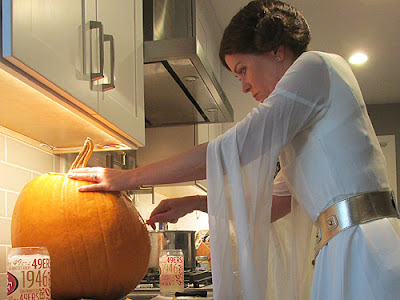 This was the end of our Halloween day, but it had started at Bri's school, where there was a musical presentation for all the parents, grandparents, and interested parties.

Most of the time, Brianna, in her BB-8 costume, was hard to find. But these were a few of the costumes I liked.  I loved Dorothy and the witch together and am sorry I didn't get a better picture of Dracula, whose facial features were just marvelous. 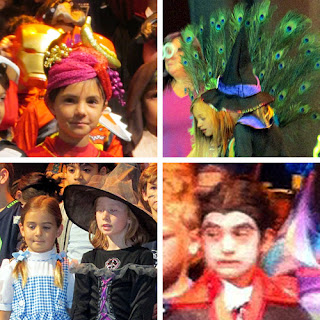 When the assembly was finished, everyone went out to the basketball court where the third grade performed the dance they had done for the flashdance downtown a couple of days before. 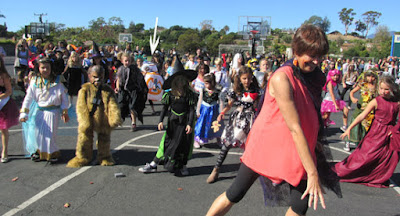 After the school festivities, I went home to get my nap in before the evening festivities.  I went to Tom's around 5.  They have their own "pinata group," with two other couples.  Each of the 3 couples has 2 kids and the kids are all growing up together like our Pinata kids did.

We had dinner and then everyone got into costume to go trick or treating. 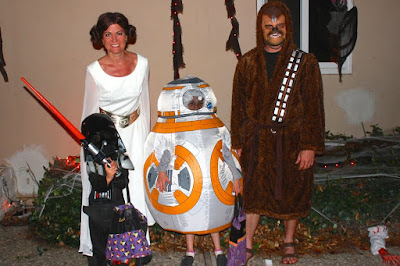 I stayed home to pass out trick or treat candy and it was a v-e-r-y slow night.  The first group of about 4 didn't arrive for more than an hour and there was only one other group, of 3, who came a few minutes later.  Needless to say we had a LOT of candy left over!

Despite what looks like an awkward costume for collecting candy, Brianna made out OK for herself. 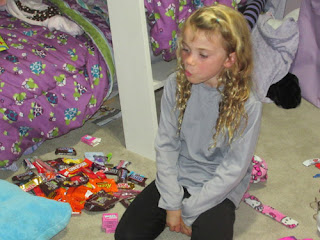 While Tom and Tim were enjoying trying on the Princess Leia wigs (I thought Tim looked more like Norman Bates). 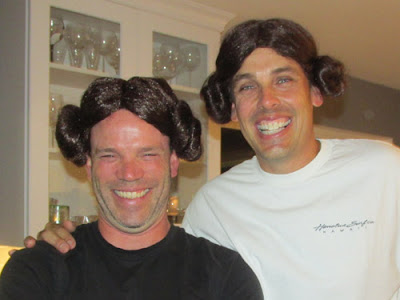 At some point during trick or treating, Alice Nan had returned from Lake Tahoe and came over to sit with me in my lonely task of waiting for trick or treaters.  We eventually decided to come on home and compare notes on our respective weeks. 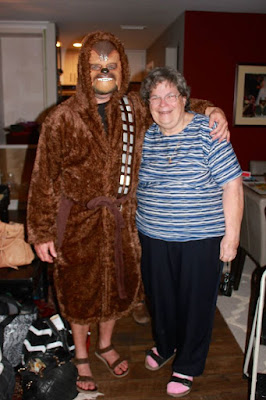