My report on Kaiser yesterday got so long that I never did get to Logos so I will do that today, for all of you out there who have written to say how much you enjoy these reports. Though, as I said, it was a pretty dull day.

First, for an update on my mother, I went to put cream on her arms this morning and she had no clue why I was doing it, or any memory of ever having been itchy.  She also -- and this is the saddest part of her dementia, for me -- didn't recognize Brianna and Lacie.  I showed her a video and she asked "what kids are those?"  I expressed surprise that she didn't know and said "they're your great grandchildren."  She got very defensive and said "Well I don't know them.  I've only seen them a couple of times" and then when I got the video started, she looked at them and said "now who are those kids?"

After waiting so long for grandchildren and feeling like I can't really be an obnoxious grandma to people around me whose grandchildren are now in high school by bragging about how adorable my grandchildren are, it makes me very sad that I can't even share joy at the girls with their great grandmother.  She feels absolutely NO emotional connection to them.

Dementia is a terrible condition.

When I got to Logos yesterday, I was pleased to see Sandy, back from her vacation.  She's been gone for the last 3 or so weeks.  I always miss our chats when we do the changing of the guard.  She told me about her vacation and especially glowed when she mentioned having been to Emily Dickinson's house.  (They had also been to Hyde Park and she was proudly sporting her new Eleanor Roosevelt t-shirt).

She had purchased two books by a Buddhist writer and we began to talk about my friend Toni Bernhard (author of the wonderful book "How to Be Sick"), which Sandy had read, though had not met Toni.  A guy looking through the store joined in on the conversation, as he was famliar with the author whose books Sandy had purchased.   The conversation evolved into a discussion of Buddhism, Tibet and China.  The guy's son lives in Chongqing.  It turned out all three of us had been to China.

The China guy bought about $30 worth of books, which looked like a promising start for the day, but alas, it was not.

There were no shoppers in the store for the next half hour.   Then a woman came in with two boxes of books to donate.  The boxes were heavy and Bruce was passing by, so held the door for her, but he didn't come in.  I'm feeling like I am starting to know the familiar folks of downtown Davis, after 40 years.

Again things were quiet for another 15 minutes until a guy with a big guitar-shaped backpack came in.  He was looking for the music to the song, "Rise Up Singing," didn't find it, and left.

I was so sleepy by then all I wanted was a nap.

Another 15 minutes before a couple came in to check the personal improvement section, but I guess they didn't find anything to help improve themselves and they left without either speaking or buying anything.
A trio came in, a man and a woman and the guy known as "The Compassion Guy" around town. His name is really David Breaux and he is a Stanford graduate and Davis resident who can usually be found standing on a corner downtown, near Central Park, asking people what their definition of compassion is. He has had a compilation book published with writings from this experience.  He also got permission from AT&T (which owns the property where he stands every day) to build a "compassion bench," which was done with the assistance of local artists.

The three looked around for awhile, but also left without buying anything.

A guy in a green and black Ladbroke shirt (Ladbrokes is the world's leader in on line betting and gaming.  I wonder if the "...broke" in the name is a sign!).  He was looking for a book by Richard Armour (we have one here at home, but not at the store) and, disappointed that he couldn't find one, left without making a purchase.

A very military looking guy strode purposefully into the store, asked if we hired veterans, and marched out again when I explained that we are all volunteers.

It was now 4 p.m. and I had made no sale since the first one to the Buddhist guy with the son in China.  I was feeling I should have brought a cot so I could take a nap.

Finally my friend arrived at 4:22 and bought a book on Japanese Textiles and one called "Through African Eyes."  My second sale in 2-1/2 hours.

A guy who reminded me of our kids' friend Kag, even down to his clothes, striking white and black long shorts and black shirt, was sitting cross-legged on the floor in the literature section.   He eventually pulled out four books and took them to the front table to read.   He wanted to know if I could give feedback on the book "Story of an African Farm," but I couldn't help him with that one.  He eventually left with a Walter Raleigh book.
A guy came in to check out the old books, laughing at some of the titles, "Pollyanna in Hollywood," and a Bobbsey Twins book (he confessed he had been a Hardy Boys guy).  He left without buying anything.
Finally to make sure the cash register still worked, I bought a book of Fodor's Paris to help us plan our free time in that city later this year.  My third sale.

"Eliza" came in, still heavily bundled up in blankets, but with very dirty bare feet.  She bought two volumes of i Ching and came to the desk.   Her eyes were deeply sunk in her head with big circles around them and she handed me money with very dirty hands.  I just want to take her home, give her a shower and feed her!
A guy came in talking on the phone about a video game, finished his converstion and left.

Peter arrived and I got ready to leave.  I had been there 4 hours and had four sales, one to myself.  So I was shocked to get a note from Susan saying that the store had taken in nearly $400.  Sandy must have had herself a VERY busy morning! 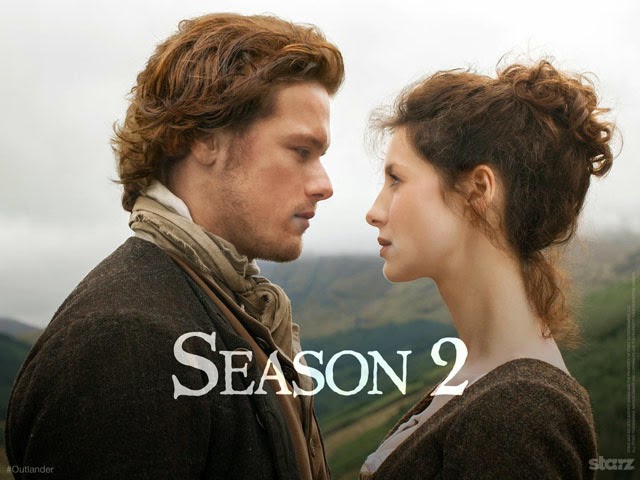 Day 47:  Happiness is learning that before even the second episode airs,
the show has been renewed for at least 13 more episodes in Season 2!
Posted by Bev Sykes at 12:00 AM