My time at Logos started earlier than usual because Walt had to go to a meeting, so he needed to get me downtown by about  1:15.  Now that I know about yogurt shops from Brianna, I stopped at a yogurt place to have a treat, then I meandered over to Logos, getting there at about 1:30.  I had offered to take over for Sandy, but we ended up sitting and chatting for half an hour, which was a nice treat.  When she packed up at 2, I leaped onto the fan sitting on the floor and plugged it in so I could sit in blissful cool and leave the store door open for those who like to feel the warmth outside!

There were 3 customers in the shop when Sandy left, including Bruce, who waved at me when he first came in, so I guess I've arrived.  He had me save a book for him and instead of stapling the reminder to pick it up onto his shirt, today he stapled it to the newspaper he was carrying.

The first customer, a college student looking young woman bought a copy of "Pilgrim's Progress."  She was followed almost immediately by a young woman wearing a Davis High School Basketball Alum shirt.  She bought 2 books from the "literature" bookcase and a cookbook...starting the day off with a nice solid  $23 sale.

A tall, dignified woman wearing a wide-brimmed straw hat. a diaphanous dress and straw wedge sandles and lookng like someone you might meet on Long Island picked up a bargain book and bought it "to read with my lunch."

A woman whose serious expression contradicted her name ("Joy") bought seven of what I labeled "women's studies" boooks, but some might be better classified as feminist poetry.  One of the books was "When I am Old, I shall Wear Purple," and I wondered what constituted "old" for that anthology and if it was time for me to wear purple.  I had come up with another "age realization" thing today, in talking with Sandy, who, I have assumed was older than I, but discovered she's only 68.  A mere kid.  Not only that, but her eyes didn't widen in surprise when I told her I was 71...

A woman bought five children's books, including one titled "There's a girl in the boys' bathroom," which was, as I suspected, not about transgender issues for children!

There was a "Laurel and Hardy" couple who wandered around -- he was tall, she was short, he was fat, she was thin, he was Hispanic, she was Asian, he was bald, she was hairy.  They browsed for a long time, but left without buying anything.

A willowy woman carrying a cup of coffee and wearing leggings and a long, loose over-blouse, who had a backpack on and earbuds in her ears checked out the fantasy section first.  She eventually bought Jon Krakauer's book, "Where Men Win Glory: the Odyssy of Pat Tillman."  We talked about Krakauer and I mentioned having read his "Into Thin Air" about the deadliest season on Mt. Everest.  She said she had read Krakauer's "Under the Banner of Heaven," about Mormon extremism and said it was excellent, so I have put it on my "want to read" list.

She also bought a book called "The Book of Nothing for the Person who has Everything," which she said she was buying for her mother "who has a hard time slowing down" and that she hoped she would read it and get the message contained therein.

An older guy with a white goateee, wearing an Irish cap (seems to me we get a lot of guys wearing Irish caps!) and a "murse" (man purse) across his chest did a circle of the store, but didn't find anything he wanted to buy.
A skinny giant came in.  "Long, tall drop of water" described him perfectly and I'll bet he has taken a lot of kidding about it, but he was half a head taller than our bookcases.  He bought a travel book about Israel.

An Asian girl with the last name of one of our kids' good friends came in and bought a Japanese-English dictionary.  I thought about asking her if she was related to the family, or if maybe she had married David's good friend.   But I didn't.

"Slouching Girl" entered, wearing a silver cross around her neck, and also a rosary as a necklace.  She wanted to know if we had any books about how to pray the rosary.  I suggested she check the Avid Reader, the new book store, in the next block. Unfortunately the religious book store here in Davis has gone out of business.

Throughout the day, three people brought in boxes of donations, one of which consisted of several books of erotica.  One of the donation boxes was from a woman who said her husband was incapacitated and could only read, so he bought a lot from Barnes and Noble.  I told her I hoped he got better.  She smiled, sighed, and said "well, he won't" and then left.  Brave and sad.

It was after 5 before my friend arrived.  I had asked Susan if I could be relieved early because we were going to review Wicked in Sacramento, so I was thrilled when he was still there when Peter, sporting a wicked looking scar from his recent knee surgery, arrived.  The two men greeted each other familiarly and I thought I would finally learn my friend's name.

He bought a book called "Weird and Wonderful: Discoveries from the Mysterious World of Forgotten Children's Books" (I recommend checking it out on Amazon and using the "look inside" feature.  Looks like a fun book).  He left before Walt came so I asked Peter who he was.  He said he's been coming in to his shop since he had his old shop.  He thought he used to do something at the library at Sac State and he knows that he comes into town on Thursday to play the Japanese game, "Go" with a group of others.  But he doesn't know his name either.  Owell.
Walt arrived at 5:30 and we had time to go home, eat dinner, nap for 20 minutes or so, and pick my colleague up on time to get to the Community Center for the show which was, of course, wonderful. Someone mentioned how expensive the tickets were and, of course, I never know how much tickets costs since mine always say "Comp" on them, but I looked them up when I got home and discovered we were in the $200 seats!  The "cheap" seats were $105.  This is why I keep my critic job! 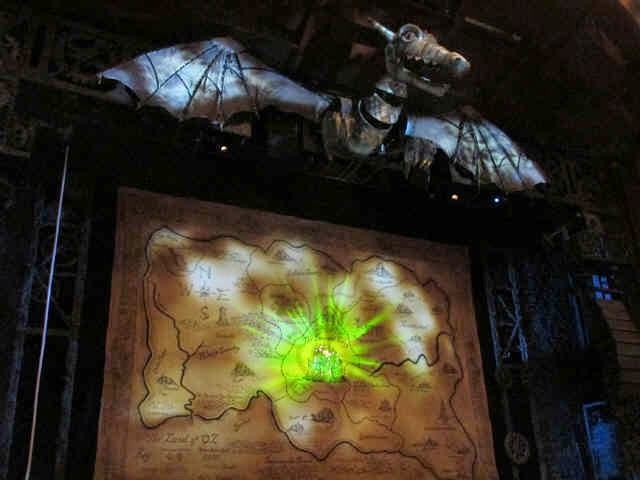 Your blog posts are always so fun to read. You create the best dialogue.

''"When I am Old, I shall Wear Purple," and I wondered what constituted "old" for that anthology and if it was time for me to wear purple."'

It's so difficult to accomplish written dialogue that's believable, and you do it so effortlessly. :) I just always enjoy your stories.

What great feedback! Thanks for delurking, Kristina!