Jeri would be so proud

I turned around and waved goodbye to Brianna, wrapped in a towel and standing in the doorway in her Dad's arms.

Jeri would be proud; Ned would be astonished.

This is not to say that there were no photos. I had Tom take a picture to send to Walt to let him know I had arrived safely.

But I had just enjoyed the moment, cuddled with my new granddaughter until it was time for her dinner and didn't think (much) about taking pictures. These pictures were posted on Facebook by Laurel this morning.) 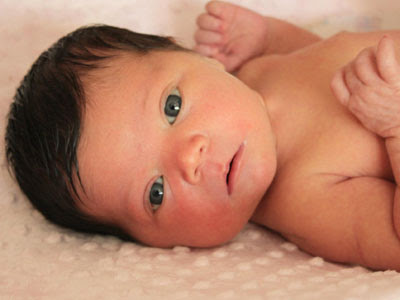 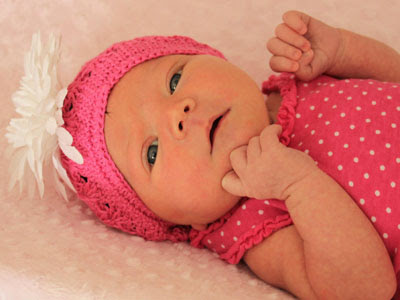 It had been a long day. Oh, how I long for the invention of a transporter when I start that 8-9 hour drive from our house to Tom's. The variation in time depends on (a) traffic and (b) whether I eat lunch in a restaurant or at a drive-through.

I drive down I-5, which Walt hates because it is drab and boring--but you can go 80 mph a lot of the time and make better time. Walt prefers 101, which is not my favorite (except when they are selling cherries in the early summer!) because it seems slower, you run into traffic going thru small towns, and it seems to take forEVER to get to King City. So I drive I-5, when I am driving alone.

My first stop is about an hour out of Davis, at the first rest stop. By then I'm ready to visit the bathroom and replenish my bottle of water...and usually buy a snack from one of the machines.

The next stop is in Santa Nella, a couple of hours later, at Pea Soup Anderson's restaurant.

There are two Pea Soup Andersons, this one being the second.

Dutch settlers had begun to move into the area around Solvang and Buelton and in 1924, Anton and Juliette Anderson opened their first restaurant there. The restaurant became famous for its pea soup, which is still the favorite dish today. It comes in a generous size bowl (and you can have refills) with toppings like scallions, cheese, and ham and a nice roll. I opted for the mushroom Swiss burger today, though, and it was perhaps the best mushroom Swiss burger I've had in a very long time.

Then it was back on the road again but after that heavy burger, I was having a hard time staying awake. The last time we came down here, I fell asleep at the wheel and almost drove off the road until Walt's screams woke me up. I still had about five hours to go on the road today and I was a bit scared.

I definitely didn't feel like one of McDonald's iced mochas after the heavy lunch, but it has been my saving grace when I get sleepy, so I stopped and got a large one. Thank goodness it did the trick. The combination of sugar and caffeine woke me right up and I was fine the rest of the trip.

I stopped again in San Luis Obispo (3 hrs from Santa Barbara) to get gas, and got a text from Tom telling me to come over whenever I wanted. I decided to go directly to his house when I got to town, rather than to Alice & Joe's house first.

As I started to get close to the ocean, out of San Luis Obispo, I got socked in with delicious, heavy, wet, grey fog. If there was ever weather guaranteed to wake me up, this was it. It was so heavy, I couldn't even see the ocean, though I was driving along the shoreline part of the time. I loved it!

Also, my audio book ("The Collectors," by David Baldacci) was finally getting exciting and that helped keep me awake.

Laurel was feeding Lacie when I arrived at their house, so I gave Bri the 3 books I'd brought for her and she wanted me to read them to her right away. I had chosen books with funny words and I had made good choices, because she seemed to like them.

Laurel brought Lacie out and handed her to me, while she took Bri in to have her dinner. I sat there and cuddled the baby for a good half hour or so. So sweet. So cuddly. At this age, Bri was being swaddled because her startle reflex was so strong and it calmed her down to be wrapped tightly in a blanket. So I never really got to cuddle her because all I could touch was her face. But I played with Lacie's fingers and her incredibly tiny toes and let her body mold itself to mine when I held her over my shoulder. I got my baby fix!

When it was time for the next feeding, it was also time for Bri's popsicle treat, so we sat outside for popsicle time and I took the only photos I took all evening.

After watching Bri play in the bathtub for awhile ("I want Grandma to watch"), I finally left and came back to Alice & Joe's. It's been a long day and I'm ready to sleep...but at least I remembered to post a journal entry first!!!
Posted by Bev Sykes at 12:02 AM

Wow what a busy day you had my dear . Glad you are back home safe and sound .