What do you say to a dying man?

In my 15-1/2 years as a theater critic, I've had a chance to interview several people and it has almost always been fun, though I always go into the interviews with trepidation hoping not to screw it up. 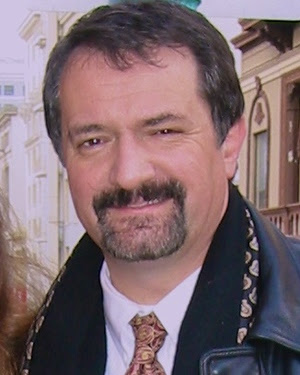 My first big interview was with Emmy award winning scenic designer John Iacovelli, who is on the faculty at UC Davis.  John seems to be in the credits of just about every movie I've ever seen, or TV special I've watched. Despite having a daughter with a masters degree in scenic design and having gone to theater all of my life, I didn't have a clue what we would talk about and hoped I wouldn't sound like an idiot.

He was on the phone when I got to his office, so he motioned me to sit down, which I did, and while he talked, I looked at the books on his bookshelf.  I saw one by photographer Ruth Bernhard, famous for her "nudes in a box" photos.  I had met Bernhard at a party given by guys who lived across the street from her.  It wasn't until a long time after the party that I discovered this fascinating old woman was actually famous. When John got off the phone, I started talking about having met Bernhard and things just went on from there.

It was from him that I learned that in most interviews if you say something akin to "tell me all about yourself" they will and, a question inserted here and there based on what you have heard, is all that is necessary to keep the interview going. 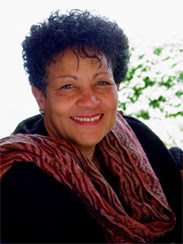 Shortly after that interview, I interviewed a "living legend," Yvonne Brewster, a Jamaica-born teacher and writer who co-founded The Barn in Kingston, Jamaica, the first professional theater company in that country. She was given the "living legend award" sometime in the 1990s by the National Black Theatre Festival in Winston-Salem, North Carolina.  She was about to direct A Streetcar Named Desire at the University.  The first thing I told her when we met was that I had never met a living legend before.  She laughed and it set the tone for our friendly interview. It remains today one of my favorite interviews.  What fun she was!

I once interviewed a really neat kid who is a master of origami and has been able to travel around the world on money paid to him to give demonstrations in places like Japan. (I attended a class he was helping with and to this day can't even make the crane that everybody starts with!) 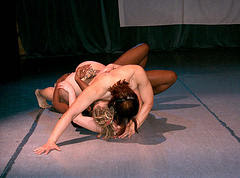 I've interviewed a clown, a guy who once performed with Katharine Hepburn, my daughter, a woman who does signing for the deaf in theatrical productions, and a few personal friends who had written books.  I even interviewed a couple of naked actors who were about to appear in a show called The Undressed Project.

But I'd never interviewed a dying man before today.  Playwright Rob Lautz is about to see the premiere of his second play, The Third Date, written based on his experiences with prostate cancer.  He's terminal, he tells me, and though you would not know it to look at him, he feels "rotten," he says with a smile on his face. The good news, if there is any, is that prostate cancer is slow moving and so while there is nothing more they can do to cure him, he's not likely to die in the near future.

In spite of the subject matter it was really a fun interview.  He told me that I reviewed his first play, back in 2012.  He said I didn't give him a bad review, but I didn't give him a good review either.   I went back and looked it up and I ended the review by saying “The Meaning of It All is a promising start. I hope it’s not another five years before we see more from Lautz."  He said that encouragement was part of his decision to write this play.

We will see the one man play tomorrow, but he says it's funny and poignant and raw and he pulls no punches describing his experiences going through what he has been through. He points out that this is a cancer that is rarely talked about and he hopes to raise awareness and remove the stigma from all those macho men who don't want to admit that there is a problem "down there."

It sounds like it's going to be quite an experience.  I hope this time I can give him a better review!
Posted by Bev Sykes at 12:39 AM