I went shopping on eBay today.  I normally avoid that place like the plague, but I've started writing to Bri and Lacie every week.  And it can't just be a simple letter.  I have to make a production out of it.

I used to send them each a simple couple of sentences and include stickers for them to use, but now that Bri is learning to read, I've taken to writing her longer letters.  I've rewritten stories like Johnny Appleseed, and then found several stories from the infamous "red books" that I so looked forward to reading to my children, but somehow got lost in our move to Davis.  But a couple of the stories I remembered turned out to be on the Internet and I've re-written simplified versions of those stories them.

Recently the girls called me about a joke Bri told ("what is tall and thin when it's young and short and fat when it is old?"  The answer is a candle, but when they asked that joke to Lacie, she said "grandma."  Harumph.  How did she know?)  I went searching for jokes for kids and found a bunch and sent those.

Last week I wrote to Bri about Cristal, the girl from Guatemala I just added to my correspondence kids.  I sent her picture because she and Bri are about the same age, giving her a taste of children her age living in poverty in other countries.  It's getting easier to write to Brianna now, but it's still a challenge to figure out what to write to Lacie.  Usually it's just a sentence or two, but as she gets older, I can write longer letters to her too.

I include a little something for each of them each time.  Mostly it's stickers, but occasionally I find some other little thing I think they'll like.  Someone on Swap Bot recently sent me a whole bag of little plastic bunny bags -- I guess the idea is to fill them with jelly beans and give them out at Easter.  The bags are cute and about 5" long.  I thought they might find something to do with them.

But the letter inside isn't the only thing in this project.  In fact it's the easy part.  I like to decorate the envelope too.

When we went to the Paul Picnic recently I took a good picture of a ladybug to print on the letter.  Ladybugs have been big in their house so I looked up a whole bunch of facts about ladybugs.  Then I decorated the envelopes with ladybugs and even made return address labels for myself with a ladybug on it.

I also decorate the envelope with washi tape.  If you aren't familiar with washi tape, it feels like masking tape, but has very nice designs, everything from abstract graphics to something specific like Hello Kitty or Disney princesses.  The nice thing about washi tape is that when you decorate something, it's easy to remove, so if you screw up, just take it off and put it back down again. 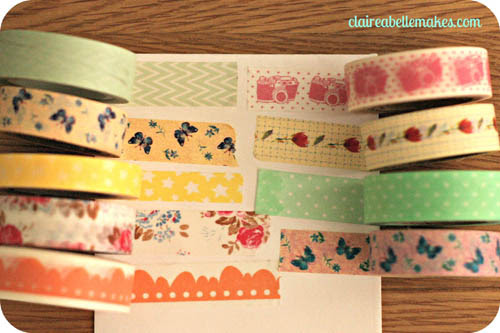 Sometimes I decorate the whole envelope, and sometimes I just run tape down the outside flap of the envelope, from corner to corner and then find a sticker to put at the V of the flap--usually something having to do with either the design of the tape, or whatever is in the letter.

And then there is the stamp.  I kept buying Pixar design stamps from the post office until they stopped carrying them. 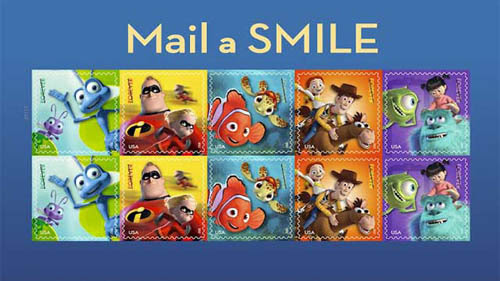 The girls are big fans of Nemo and Toy Story so I was happy to have a lot of these on hand.
But after I couldn't get them through the post office any more, I got the idea to check eBay and low and behold, I could get them there.  Cost more, of course, but I could continue to use the stamps that had characters the kids liked.  Today I decided to check eBay for other similar stamps and found some 42 cent stamps with Disney characters. 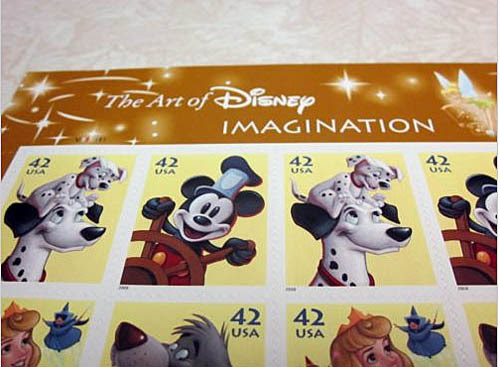 It means I have to add 7 cents postage on each letter, so back to the USPS site to get 5 cent and 2 cent stamps so I can continue to have cute postage stamps.

Saturday is my day to write to the kids and it becomes a huge project that takes a couple of hours to complete by the time each envelope is ready to go into the mailbox, but I'm having a good time with it, and it's the best I can do to keep me in their lives when I can't get down there myself.

Like yesterday when Brianna was in her first rock concert but we couldn't go because of obligations here. 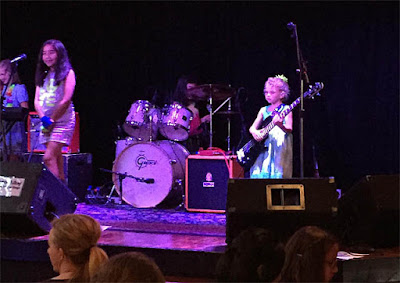 Email ThisBlogThis!Share to TwitterShare to FacebookShare to Pinterest
Labels: Writing to Kids