We went out for a wonderful anniversary dinner last night, at a little restaurant called Osterio Fasula, kind of hidden away in far West Davis.  It could not have been a better meal.  We started with asparagus salad (for Walt) and aspragus soup (for me).  It was kind of a green dinner. 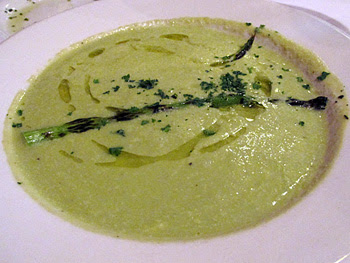 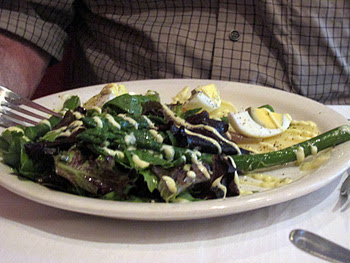 That was followed by a fabulous gnocci pesto. We sat and chatted about memories of our 50 years, and how the world had changed since we were first married.

Our waitress was wonderful, chatty, and when dinner was over, she gave us samples of their house made ...cello. She said it was like lemoncello, but they make it with seasonal fruits grown on the grounds.  Tonight's was kiwicello and it was delicious. 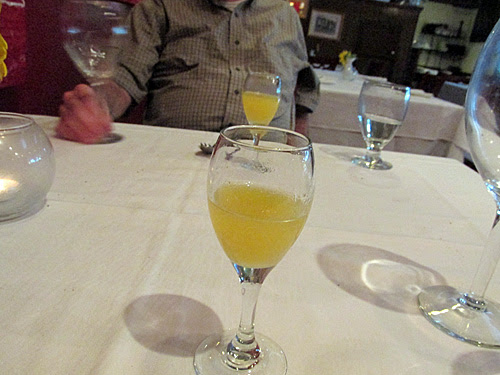 And then, because it was our anniversary, she fixed us a special crepe to share.  It had a berry cream with a berry coulis and a mound of whipped cream. The perfect end, nice and light but not too much. 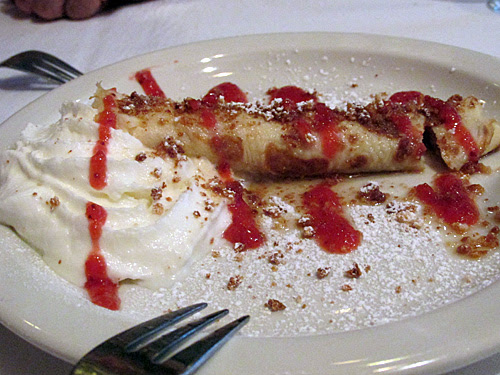 While we were out having this delicious dinner, Ned and Marta were at our house cleaning.  Ned is determined to give me half of what I always ask for -- world peace and a clean house.  He came Thursday night, descending like the White Tornado, saying he was going to be "ruthless," determined to make this a beautiful house in time for today's family gathering.  And he did.  He ran up and downstairs with boxes, and, with Walt's help, dusted, vacuumed and did everything he could to transform the place.

At the end of the day, it was clear that the job had not been finished, so he returned with Marta and they worked for several hours.  He will be back this morning to do the final moving of furniture so that we can all visit together in the living room, and seat 14 people for the surf and turf dinner he and Tom are preparing.  I am humbled by all this work and so grateful to Ned and Marta for all their work
Jeri and Phil will be here around noon; they flew into Oakland last night and are taking the train to Davis.

This has been (so far) a wonderful, loving 50th anniversary and it will only get better later today. 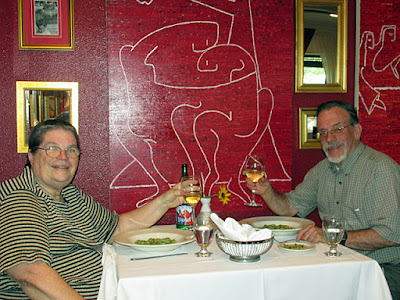