There was a moment yesterday.  Nothing special was happening.  We had finished dinner and were eating cake and I looked down the long table at all these people I love so much and thought how much Walt and I are blessed to have them all in our lives...and then had a bit of a tear when I looked at the portraits of Paul and Dave on the wall behind them and wished they were here to share the joy and the love. 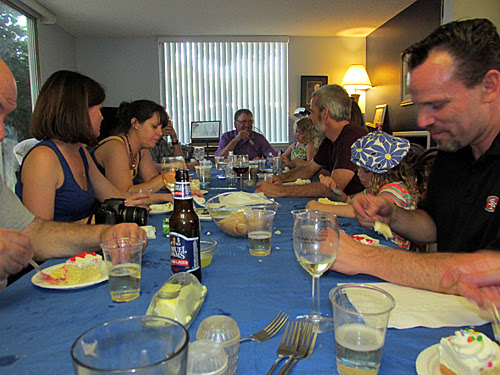 We could not possibly have had a better, or more fun, or more joyous, or loving anniversary celebration.  Ned and Marta arrived around 11 to finish cleaning house (it will take me months before I find everything again!!)  Walt went to the train station to pick up Jeri and Phil, who were exhausted from taking the red eye from Boston and getting very little sleep, so they headed upstairs to take a nap so they could be in party mode.

Char arrived, Norm (Walt's brother) and Olivia arrived, Jeri and Phil (when they woke up) picked my mother up, and Tom et al. eventually arrived.  We sat around visiting. 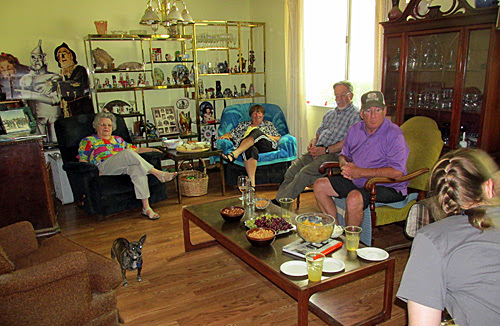 Polly was a pain in the butt most of the day and actually bit Lacie in the hand (which I didn't realize until this morning, after they'd left; I knew Lacie hurt her hand, but didn't realize it was because of Polly)

Bri had brought a box of art work and her "portfolio" from her week in an art class and described things to each person, in turn. 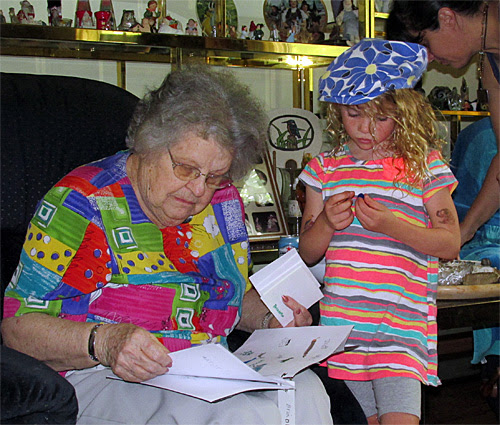 Ned achieved the goal he wanted to achieve...he climbed the tree in our front yard with Bri.  (It reminded me of when my father waited for so long to be able to take little Jeri to the Swensons Ice Cream store near our house and buy her an ice cream cone) 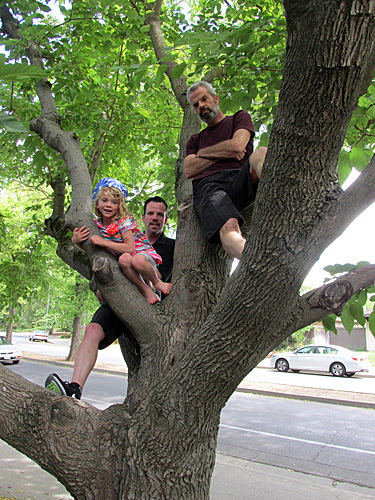 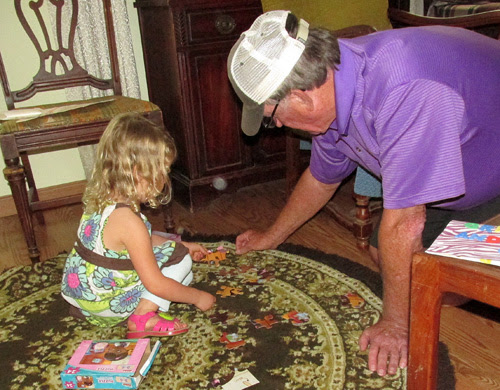 We continued to visit while Tom and Ned prepared our "surf and turf" dinner.  Ned made a tri-tip roast 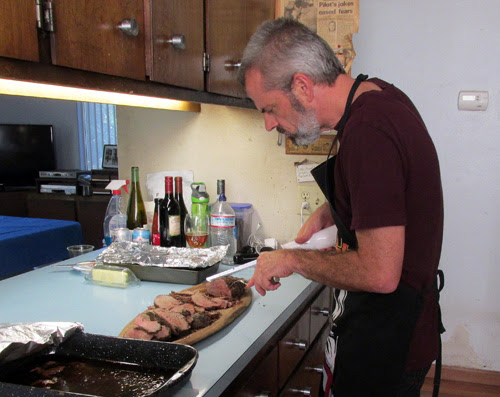 while Marta and Lacie worked on reading, writing, and drawing. 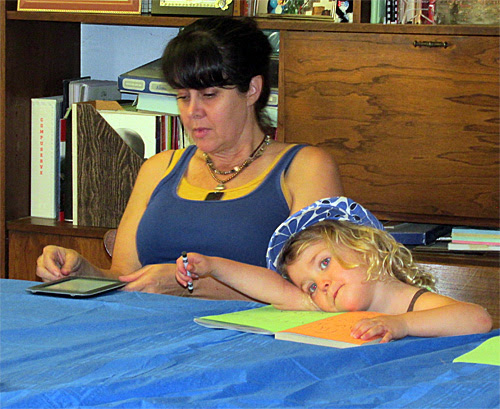 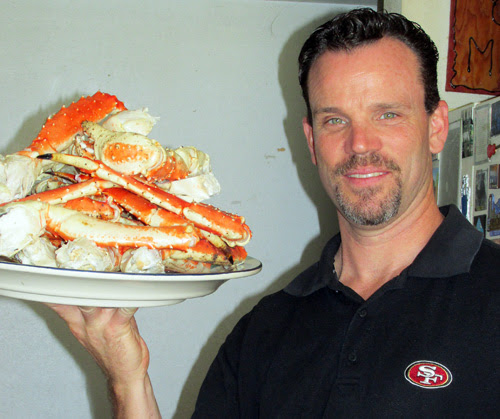 Of course there was cake 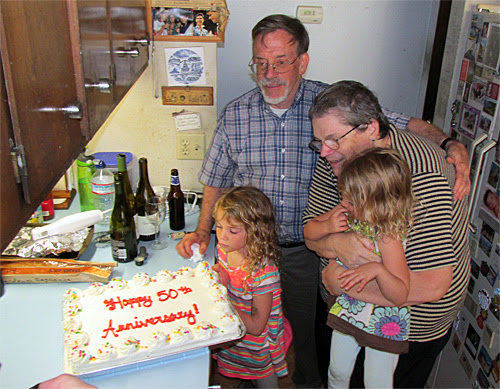 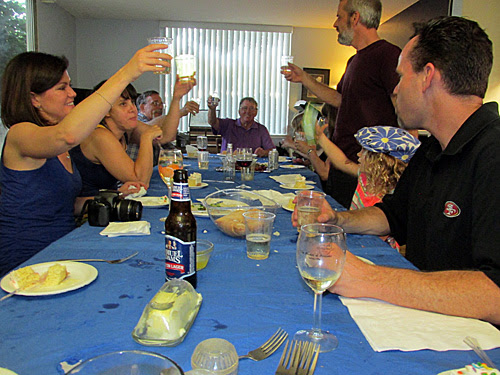 And then, because this is a musical family, the evening could not end without music and dancing. 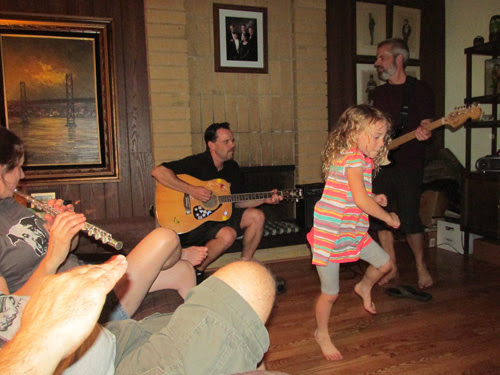 Tom and Laurel had brought a dog, Bandit, for whom they are dog-sitting, with them and things were kind of rocky among the four dogs at the end of the day, so rather than write this journal entry last night, I went to sleep in my recliner, where I could play referee, if necessary, but all four settled down right away and slept all night.

I could not possibly have asked for a better way to celebrate our anniversary, except if we could have somehow had David and Paul here with us.

Thanks EVERYBODY who made it such a special day!!!
Posted by Bev Sykes at 8:54 AM

Hooray for such a wonderful day!

Congratulations on such a landmark anniversary! You have a beautiful family.