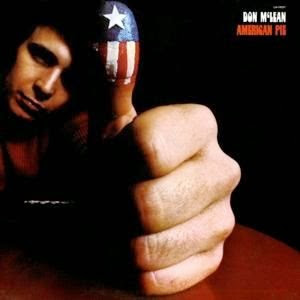 ... because Country Dew suggested it


1) In the lyrics, Don McLean refers to having once been a paper boy. When you were a kid, what job or household chores did you do for spending money?
I got a weekly allowance (small...I don't remember how much but less than $1) and I also babysat (25 cents an hour for 2 kids)

2) Them good old boys were drinking whiskey and rye. What's the last drink you ordered?
Can't remember.  I almost never order anything alcoholic, but if I did order something it was probably a gin and tonic.

3) He drove to the levee but it was dry. When is the last time it rained where you are?
It gives a false impression to say, truthfully, that it rained two days ago.  California is going through it's 3rd or 4th year of drought and the "rain" we had was hardly enough to wet the sidewalk.  We need rain!

4) When McLean was working on the song, he wrote the lyrics out in long hand. It took him 16 pages of lined notebook paper. Today it's a laptop/smartphone/tablet world, and Sam can't remember the last time she hand wrote anything longer than a sign on her front door that read, "Bell broken. Plz knock." What about you? What's the last thing you wrote with pen or pencil?
I always write my notes for "Today at Logos" in pen, in my own version of Logos shorthand, a combination of Gregg shorthand (of which I know a very little), my own shorthand, and figures I have made for words (like the outline of a hat for "hat."  Mostly this is so that nobody looking over my shoulder can figure out what I've written!

5) McLean's most recent CD is called "Addicted to Black," in reference to Olivia in The Twelfth Night. Quick! Without looking it up, name another character from Shakespeare.
I want to say "Macbeth," the first name that came to mind, but it's bad luck to utter that word.  And "The Scottish play" is not a character!

6) Don was born in New Rochelle, New York, which was named one of The Best Walking Cities in America by the American Podiatric Medical Association (APMA). What about your neighborhood? Is it easily walkable?
Where we live is very flat, very safe and very, very walkable, if you are energetic enough to get off your fat butt and walk it (I, sadly, am not)

7) In 1971, the year this song was popular, Walt Disney World officially opened. Have you ever been to DisneyLand or Disney World?
My mother, sister and I went to Disneyland about the year after it opened, after I'd won 5th place in an essay contest, my prize being a one-way ticket on a luxury liner, to Los Angeles.  We went to Disneyland then flew home--my first ride on a plane.  Since then we have been there countless times, with each kid once between their 4th and 5th birthdays, with most of the foreigners we had living with us, and a couple of times as chaperones for the Jazz Choir, which performed there.  My last time was in 2000, when Peggy was visiting here.  I have seen enough of Disneyland to last me the rest of my life.

8) Also in 1971, Mattel introduced Malibu Barbie. This doll was a "sun-loving California girl" and had a distinct tan. Have you ever used a tanning bed?
Good lord, no.  Never had the desire.