The Year of the Puppet

I am writing this at 4 in the morning because I was so exhausted when we returned from Tom & Laurel's last night I dove into bed and was asleep within minutes. I'm not sure why I was so tired. Everyone else did all the work

Early in the morning, Ned and Marta had their own little Christmas and opened each others' gifts...they both got new slippers. 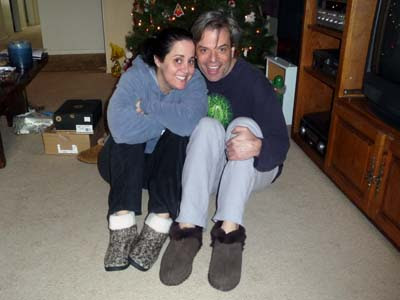 Around 1 p.m., Tom arrived with a truck so that the puppet stage could be moved to his house. This was his first look at the stage and he was suitably pleased. 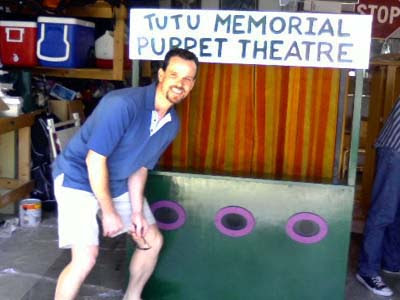 (Now, it helps to know that the kids performed all their performing careers at the Veterans Memorial Theater in Davis. Walt's mother, who died this year, was called TuTu, the Hawaiian word for "Grandmother," by Brianna. Also, several years ago, the grand drape of the Veterans Memorial Theater was replaced. Ned brought the old one home and the curtains for this stage were cut from that curtain (also the black curtains that go on the sides and back were cut from the blacks that were replaced at the Vets. So this puppet theatre is just full of special meaning, which Bri will never fully appreciate, but we sure do!)

The stage was loaded on the truck and taken to Tom's house, where we waited until Brianna went down for her nap to move it in.

Jeri arrived in Los Angeles at noon and Alice Nan & Joe brought her back to Santa Barbara, where she finally got to meet her new niece. 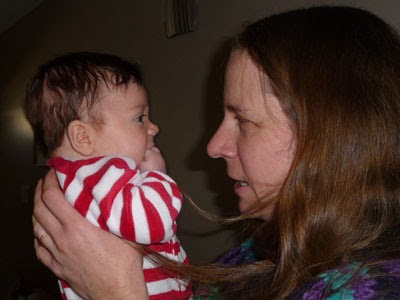 Then there were tattoos to be applied. 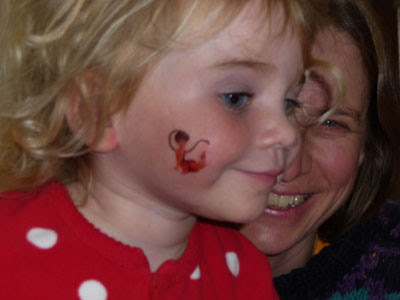 Finally Bri went down for her nap and the stage was moved in. Walt and Ned put on the finishing touches. 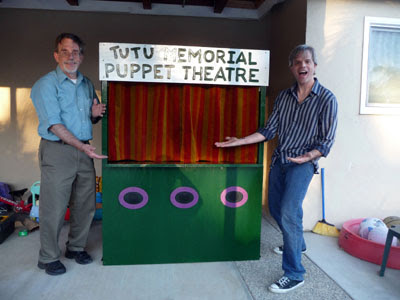 Walt and Ned were fully prepared for a ho-hum reaction from Brianna to her new puppet stage, realizing how much she would like it over time, but that a stage might not be super-exciting to a not-quite-4 year old. It is necessary to view the video, which I will post when I get home next week, but Brianna's reaction on seeing the stage was more than anybody had dared hope. She loved it and puppets quickly became the focus of the entire day. 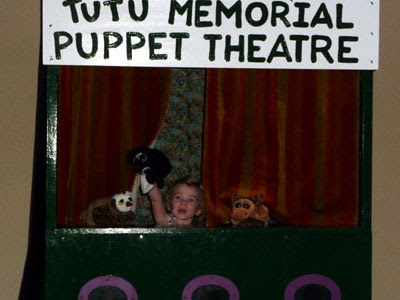 In the meantime, Tom was getting a turkey ready to go into the deep fryer (I'd never had fried turkey before--it was delicious!) 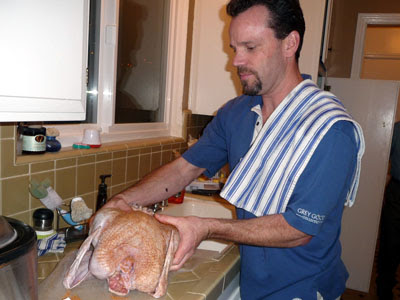 Dinner was a lot of fun. 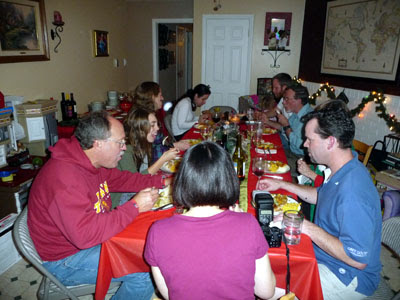 And afterwards there was even See's candy to pass around. 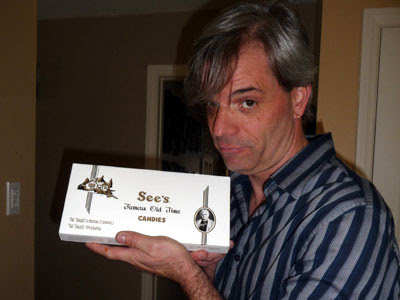 Brianna opened her gifts first and there was, no surprise, a heavy emphasis on puppets, like this peacock puppet from Alice Nan. 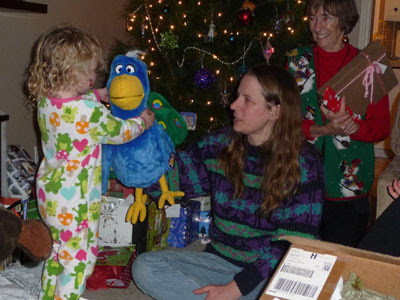 It was generally agreed that while this old man golfer puppet from Uncle Norm may never be Brianna's favorite, it was definitely Ned's. 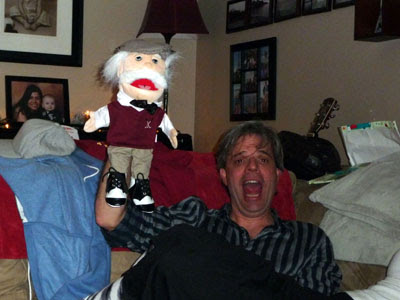 Through all the festivities, Lacie was adorable. 3 months is my very favorite baby age, and she did all those 3 month things I love, including snuggling and grinning. 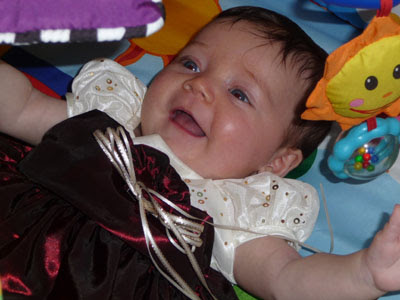 And before she went to bed for the night, she showed that she, too, will soon be doing "Bri's trick" on Daddy's hand, though she appears a bit dubious right now. 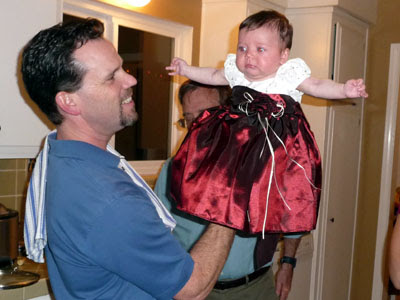 It was a wonderful evening full of family, love, laughter and kids. Just the way Christmas should be. 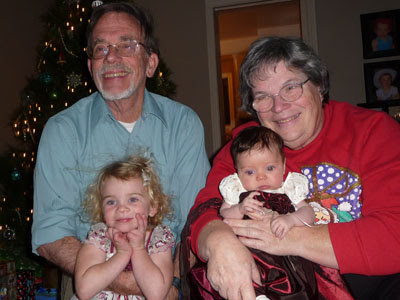 For all the photos, check the file on Flickr.

Love, love, and more love! Not much better than that.