Bill Clinton was on The Today Show the other day, to recommend his favorite books in case someone was looking for a gift idea for Christmas. He talked about other books before he gave his own list of recommended reading and one that he mentioned was "The Mind's Eye," by Oliver Sacks (who also wrote "The Man Who Mistook His Wife for a Hat"). Apparently this was the book that Hillary's mother was reading at the time of her death and, according to his description, it talks about what happens if a human loses the use of one of the senses, and what happens to the others that take over.

This stuff fascinates me and I immediately ordered it for my Kindle, not having a clue how relevant it was going to be.

The first chapter talks about a woman who was a well known concert pianist who suddenly, overnight, could no longer read music. It was the first symptom of a condition he refers to as visual agnosia. As the condition progressed, she was not able to read words. She could see the letters, and she could even write, but she could not put letters into any coherent form that would allow her to read a word, even the words that she had just written. In its early stages, she would have periods where words could be read again, and then she would lose the ability once more.

It was a neurological condition which could not be cured and as her disease progressed, she was unable to recognize faces, shapes, and even was sometimes disoriented in her own house. She developed coping mechanisms, but doctors were never able to find a way to cure the problem.

I was particularly interested in this because about a year before he died, Paul became unable to read. I don't know how long before he admitted his problem it had started, but just like Lillian in Sacks' book, he could not look at words and make sense of them...and then suddenly he could read again, for a few minutes or, if he was lucky, a few hours before the condition returned. He could not write the scripts for his monologue shows, for example, but had to memorize these long monologues as he "wrote" in his head

I don't know if this would have led to the serious condition that Lillian faced but there was some small comfort in reading her story because it helped me understand what Paul had gone through, because I had never heard of such a condition before.

It also brought some (small) comfort that he is no longer here because Paul? Sick? Dealing with a condition like that which has no cure? Oh man would that have been horrible!

The second chapter deals with aphasia and what happens when people lose the ability to speak. This is another subject which has fascinated me for a long time. My mother talks almost every time I see her about her mother, who was aphasic for a time before she died. My mother doesn't know the name of the condition, or understand it, but she talks about how her mother would blabber nonsense sounds and expect my mother to understand and my mother, being the accommodating person that she is, would pretend to understand and answer her back, but eventually my grandmother would tire of trying to communicate and indicate that she wanted to go back to her room.

It has always fascinated me to wonder if there had been some other way of communicating with her. If her brain had lost its ability to speak, could she read? Could she sign? Could she understand my mother enough to nod and let her know that she could understand her words? Or had she not only lost the ability to speak, but language as well.

I am not through this chapter in the book, but I find particularly interesting the accounts of two men who lost their ability to speak, the first a guy who had a stroke at age 43, but who regained the ability and is now able to articulate what it was like at the time.

I was totally (globally) aphasic. I could understand vaguely what others said to me if it was spoken slowly and represented a very concrete form of action...I had lost completely the ability to talk, to read and to write. I even lost for the first two months the ability to use words internally, that isl, in my thinking...I had also lost the ability to dream. So, for a matter of eight to nine weeks, I lived in a total vacuum of self-produced concepts. I could deal only with the immediate present...The part of myself that was missing was [the] intellectual aspect--the sine qua non of my personality--those essential elements most important to being a unique individual.

Inwardly, I felt the same as ever. This mental isolation which I mention, my sadness, my impediment and the appearance of stupidity which it gave rise to, led many to believe that my intellectual faculties were weakened. I used to discuss within myself my lifework and the studies I loved. Thinking caused me no difficulty whatever. My memory for facts, principles, dogmas, abstract ideas, was the same as when I enjoyed good health...I had to realize that the inner workings of the mind could dispense with words.

I have just barely begun to read this book, but already it is filling my head with thought and questions. I am particularly interested as I myself find that my brain is doing weird things and writing words I don't mean to write, sometimes parts of sentences that I never intended to write when I thought I was writing something else. It's more than just "typos," it is just some weird glitch that has been developing over the past year or so.

So I am particularly interested in finishing this book and seeing how much information I can get from it.

We are in Santa Barbara. We listened to Michael Connelly's new book, "The Drop," all the way down here in our rental car. Walt has decided he likes renting cars for trips like this because it's fun to drive different models of cars. I can tell you, this model Ford will NOT be on my wish list! 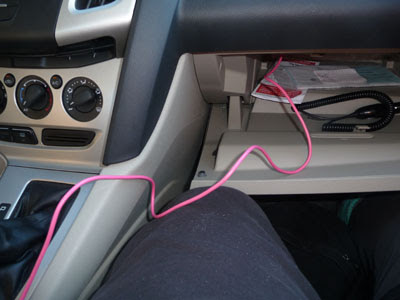 Plus, the only place to charge the battery is next to the middle console and if you have the iPod plugged in, you can't close the door to the compartment. 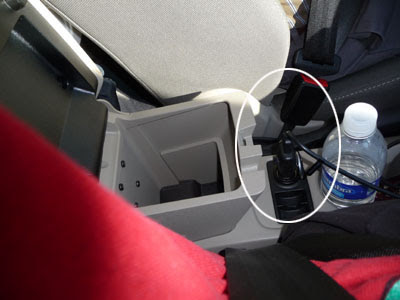 I finally decided it had charged long enough and disconnected it from the power source and closed up the glove compartment with the iPod inside so I could stretch out my leg...and we made it all the way here without the battery dying.

But now we are here at the home of Walt's sister and her husband and it is "Christmas." At least the house looks beautiful 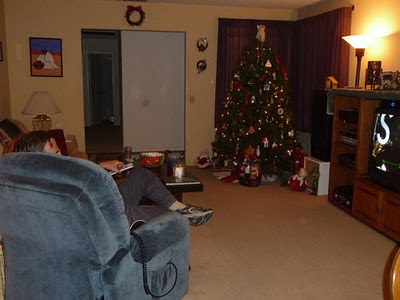 Very interested in your self-report. I too am having numerous glitches in my brain. I won't say I'm suffering from them yet, but I'm not sure I like the trajectory. Sometimes I think I like writing because by the time anyone reads what I've written I've got it all sorted out. Conversation sometimes is getting more difficult.

The Oliver Sacks book sounds fascinating. I wonder how many of our recent presidents (or presidential candidates) could recommend anything half as interesting?