I may have figured out a great way to keep sand off your toes while walking on the beach.

If I had known the things we were going to do down here, I probably would have thought better about bringing only a pair of Birkinstocks and socks to wear with them. I have found they are not great for hiking in the woods, and they are not the footwear of choice while walking on the beach...unless you do it right.

We were invited to Tom and Laurel's this morning for pancakes. Tom had received some pancake molds for Christmas and wanted to try them out. They were characters from the movie Cars, and not easy to make, but Jeri gave it the ol' college try and actually got some recognizable pancakes out of the effort. 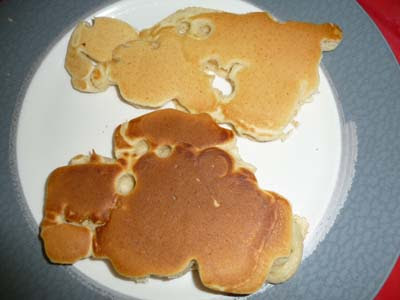 (Though most of us had round pancakes, which we decided were wheels.)

While waiting for pancakes to be ready, Bri showed me how the Advent Calendar from Jacquie Lawson worked. 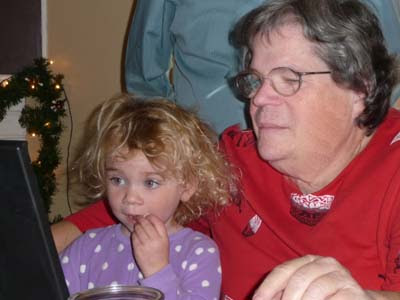 To watch that little not-quite-4 year old manipulate a mouse and know what she was doing was pretty impressive...not to say intimidating!

When breakfast was over, the day's plan was to go to Goleta Beach. We took two cars and drove down to the spot most recognizable as the place where Tom and Joe hold their annual 4th of July beach BBQ. Bri decided she wanted to walk to "the pier," so we all set off across the sand in that direction. Walt was easy to find, since, pushing the double stroller, he left a trail that was easy to follow! 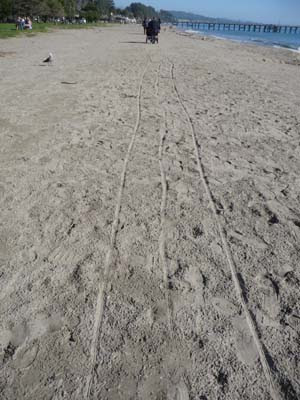 We had a wonderful time walking way out onto the pier to watch the fishermen and chase the seagulls. 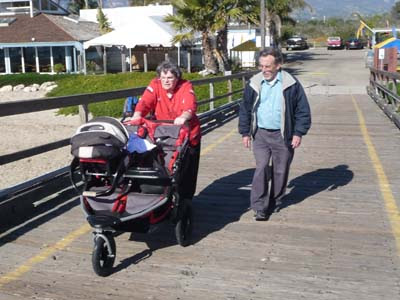 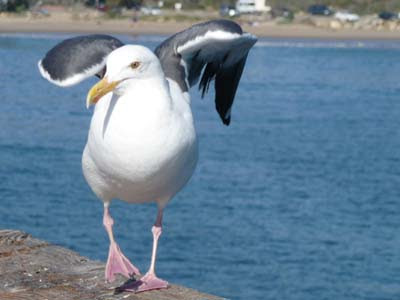 Lacie slept most of the way. 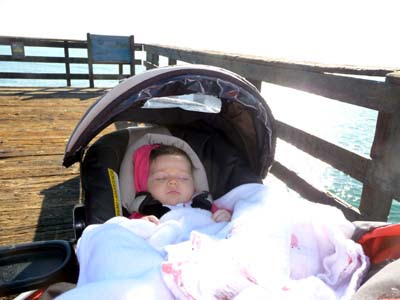 On the way back to the playground where we had started, I gave up trying to keep my feet in the Birkinstocks so took them off, but kept my socks on, so I was walking in stocking feet on sand. By the time I had climbed the hill and walked across grass to get to the playground, the sand had come off my socks and when I put the Birkinstocks back on there was no sand on my feet, on my socks or on my sandals. Pretty good.

We spent some time at the playground and I got to do what all mothers love to do--take pictures of my children playing on the swings and slides. 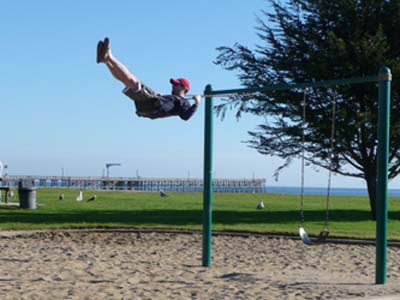 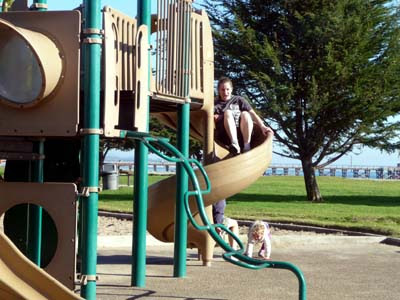 We returned to Tom's, but just dropped things off and then gave them a couple of hours for naps and relaxing. We returned at 5 p.m., when Ned was barbequing some steaks he had cut from a HUGE chunk of tri-tip. 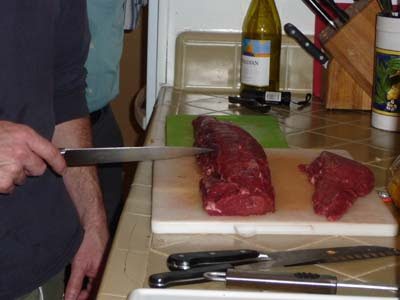 It was a delicious dinner, lots of good chatter, lots of laughs, and then saying goodbye to Ned and Marta, who leave first thing tomorrow morning to return home. We have one more full day here, and Jeri has two.