We are ending 2011 with lots of new stuff. The first new thing would be Buddy, who arrived this afternoon. 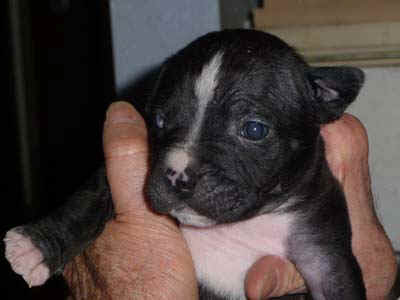 This is the first foster I have taken in all year, but when I heard there was a 2-3 week old bottlefeeder, I couldn't say no. He is probably part pit bull and part Sharpei, with all those wrinkles on his face. 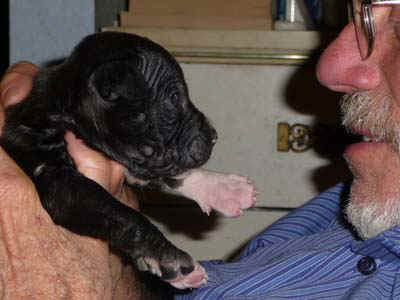 I don't have a clue what his story is because he was dropped off at the thrift shop by the woman who has been taking care of him this week and I didn't see her and the people in the shop had only just met him, but I've been feeding him a bottle, or trying to. He's not too great with it but has gotten in a few ounces this afternoon.

He's very sweet and very independent. And he has puppy breath. He walks with the waddle of a silverback gorilla and he is not interested in cuddling at all, except for the half hour he decided to curl up behind my neck, sucking on my hair. 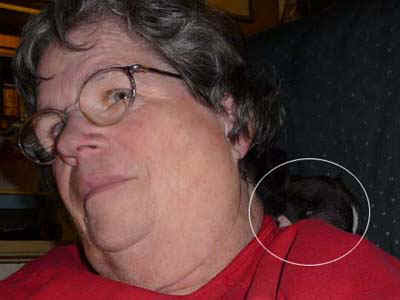 (Well at least ONE of us was comfortable!)

Walt and I also went to the post office, after we returned the car we rented last week, and picked up the mail that was held. One thing about having become a letter writer, is when I get home from a vacation, I can't complain that I didn't receive any mail!!! 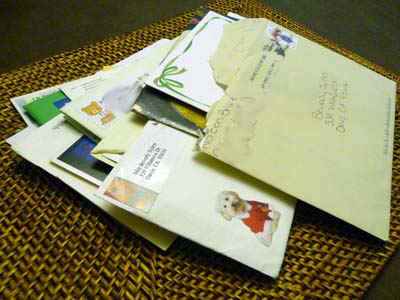 (This is AFTER the junk mail is removed!)

The final new things are our new cell phones! I was 3 years overdue for a new phone, but I liked my little flip phone with the doggy teeth marks on it so never went in to exchange it. However, there is no comeback from a trip through the washing machine and so I needed a new one. I wanted to find out how much our bill would go up if I bought a smart phone and used internet access. As it turns out there was an end of the year sale and an hour and many dollars later, we walked out with two smart phones, Verizon Androids and so we have been spending the afternoon trying to bond with them.

I was not in love at first, but as the evening has gone on and I have started to do things like...reading the manual, watching tutorials, and exploring more, I can feel those tinglings of fresh young love stirring. Of course, I have discovered free app downloads from Amazon and that may be the death of me!!!

But as we begin to enter a new year, there are old things to leave behind and new things to learn and that is a promising way to look at 2012.

I think you'll love the new smart phones. We got original Motorola Droids 2 years ago and now I cannot imagine giving it up!