About the only homage to Lent that I pay these days is serving pancakes for breakfast.  And I did.  Homemade from scratch were some of the best pancakes I've made in a long time.  I also realized that I would be working this afternoon and decided to make a crock pot recipe.  I looked up Shrove Tuesday recipes for the crock pot and found one for gumbo that sounded pretty tasty so I rushed out and got about $100 worth of ingredients and got all started cooking before I went off to Logos.

I decided to read a mystery today, and when I saw there were several Brother Cadfael books, I chose one of them. 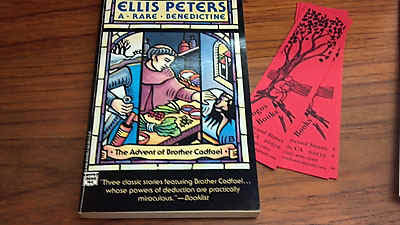 I had read one of these Ellis Peters books before...and I loved the TV series, starring Derek Jacobi.  This turned out to be just the right size book and I finished it in 3 hours, leaving me a whole hour to read a second book. 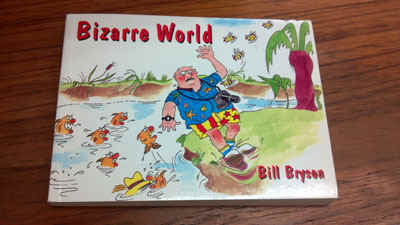 It was like reading News of the Weird, containing snippet after snippet of weird things that people have done.  Like the guy known as the "Gloucester Jew," who lived in Scotland in the 18th century and fell in an open toilet, but wouldn't let anybody rescue him because it was Saturday, which was his Sabbath and nobody was supposed to work on the Sabbath.  The next day was Sunday, but that was the Sabbath for the Christians, and they couldn't work on that day.  By Monday, the man had died.

There was also a story Jeri and Phil would appreciate of a man who spent 3 hours digging out a parking space for his car, only to discover that when he went to get his car someone else had taken the space.  He shot her.

It was also a fun day at the book store.  One woman bought thirteen of the $1 bargain books that are outside the shop and 7 of the bargain books inside the shop, then came back and bought another big book about sunflowers and Van Gogh's paintings.  While I was trying to ring up her charge, a guy wandered around the shop talking to me nonstop.  We had started comparing notes on various crime dramas we had read and how people warned Ken Follett he would end his career if he took a break from crimes to write "Pillars of the Earth," which, this guy informs me, is consistently a best seller in Germany and is Follett's best known book.

It was awkward doing a sale and keeping a conversation going at the same time.

Another guy came in to order a book and was disappointed that we don't order new books because he hates the independent book store in town ("They're Republicans," he sneered!) and didn't want to patronize it, but didn't see any other alternative, since Borders closed.

While I worked my last hour, Walt was in the new Irish pub which has just opened up in town.  He has one beer and then comes to pick me up.  It was perfect timing, since I had just about finished my second book and was sitting there chatting with Adrian, who had come to relieve me. 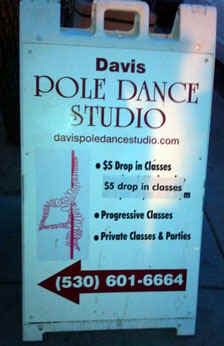 On the walk back to the car, we passed this sign for another new business in town.   Whoda thunk.  I don't think I'll be volunteering at this business!

It was also a fun mail day, fortunately, with two great birthday cards from the granddaughters, and some fun post cards, including a list of 10 things I should do if I am ever in Belarus (like "try Narochansky bread," "Polish off all the draniki you can," "Taste krambabulia," and "try on a true flax outfit."

The house was filled with the aroma of gumbo when we came home.   Dinner was almost finished the first cooking part, so I added Orzo pasta, turned up the heat for another 15 minutes, and sat down to watch Jeopardy.

Just about the time final Jeopardy came on, it was time to add the fresh shrimp I'd purchased that morning (1 lb of it!) and let it heat up.  Then just as the last question was answered, dinner was ready.
The gumbo was delicious and there was enough of it that it will also make our dinner for tomorrow.  I had also gone out and bought larger bowls to serve it in and I was very happy with the presentation. 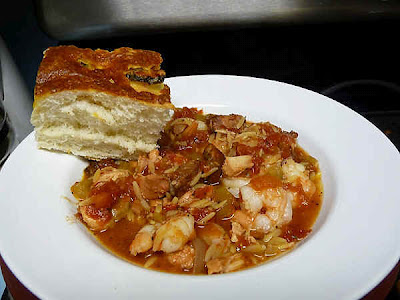 The evening ended with relaxing in front of the television set and, quite frankly, I had to drag myself to the office to write this entry!
Posted by Bev Sykes at 12:00 AM

Love all your pictures. haha

I used to read the Brother Cadfael mysteries, haven't read one in years. I've never seen the series, I should see if it's on Netflix.