I started out the week talking about how if you wanted to hear God laugh, tell him your plans. That was the day that my plans had been to work in the book store, until my mother called to ask me to take her to the doctor, and I ended up spending the day and night in San Rafael.

I certainly had no plans to spend last night cleaning my office, disconnecting the computer and trying to set up this lap top to use while the computer is off in ICU until the virus can be removed.

And my plan for today had been to attend a 5-hour photography seminar north of Sacramento. It was to start at 4 so Walt and I planned to have our sushi dinner in honor of David's birthday tomorrow instead.

First I called my mother and was pleased to learn that she is starting to feel better. The meds are finally kicking in.

Next, I took the computer to my guru in Woodland. Fortunately, I already had the laptop set up here, so I didn't have to beg him to get the computer done speedily...just get it finished. 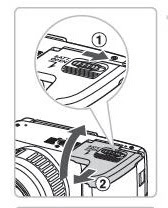 I came home, took a nap, and then went to get the camera I was going to learn on and get ready to go to the class. The battery in the camera was dead, so I went to change it, but I couldn't open the door where you put the battery.

By this time I really wasn't feeling like going to the class anyway and so I decided not to go at all. I dropped a note to that effect to Facebook and someone suggested that I use a paste of baking soda and water on the lever. I did and miraculously I was able to free it up so that it slide back and forth, but I still couldn't move the battery door. I guess I'm going to have to take it to a camera shop, but there is none in Davis, nor in nearby Woodland, so I'll have to wait until I'm next going to Sacramento during the daytime.

In the meantime I had a call from the guru who told me that my computer was filled with so much dust and debris that it had been in danger of starting a fire, should a spark erupt near it. I don't know how often you open your computer to dust the inside, but he says it should be done twice a year. He said that the two memory sticks were so covered with dust that it explained why I've been having memory problems on the computer and that once he got all the dust cleared away, it showed that I had triple the usable memory than I had before. Who knew? Turns out Walt has cleaned the inside of his computer but never thought to suggest that to me. I honestly never thought about doing it, it being an enclosed system and all.

Anyway, he rattled on and on, as computer geeks do, explaining things that went way over my head because I don't have the technical lingo, but something about the CMOS burning out and his replacing it (I read the explanation of CMOS on Wikipedia and I'm more confused than ever...anyway the replacement will be less than $5.) He will get on eradicating the viruses starting on Monday and will call me next week. Thank goodness I am comfortable with this laptop.

While I was talking to the guru, Walt's sister called from the road and said she would be here in about half an hour. Walt invited her to go to a Japanese restaurant with us, which she was happy to do.

We went to Osaka Sushi in Woodland and had a lovely dinner, though I ended up not eating sushi after all. 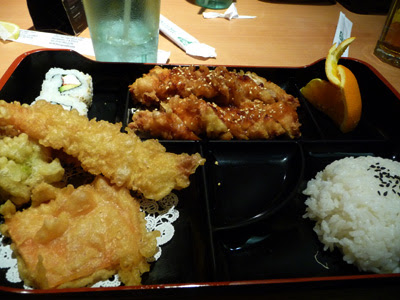 This was on the "senior menu" and was just the right amount. We remembered David and enjoyed our food before coming back home.

Rather than face the dogs eagerly awaiting us at the front door. Alice Nan decided to just get in her car and head to her next stop, their brother's house, where she will watch the Super Bowl before heading back to Santa Barbara again.

I have no plans for tomorrow, which is probably better, since if I had, who knows what sort of monkeywrench God would toss into the works at me! 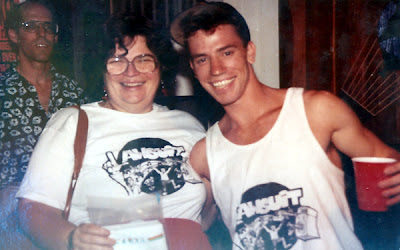 The one thing everyone remembers about Dave was his big smile.
Happy birthday, David, wherever you are...
Posted by Bev Sykes at 12:02 AM

I think it's just the cosmos handing out the monkey wrenches as I've had a couple of frustrating days, too.

Good luck with the camera, and thanks for the tip on cleaning out the computer. I've vacuumed the outside of the fan before but never inside.

Very fun picture of you and David; he has your smile.