I was going to blog the oscars with my friend Jennifer, in Colorado.  I had grand plans of lounging in my recliner with my lap top--until I remembered that my guru still has my laptop.  So instead, I'll be watching the show from my desk. 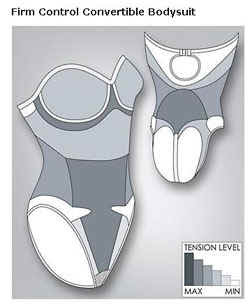 Red Carpet - I'm learning about the importance of "shape wear" for men (Tim Gunn confesses) and for women.  I think I'm too far gone for any "shape wear."  It looks like so much complicated engineering goes into it, the designers could work for NASA!

The white girl from The Help is on camera in a dress she describes as "fuschia" but which looks like a bright cardinal red on my screen.

Melissa McCarthy...tears...love it when big girls get recognition.  Her dress even looks gorgeous.

Tina Fey loooks gorgeous. ** Awkward interviewing Colin Firth with his companion, whom he never introduced.  Interviewer wanted to talk to her, but didn't know what to call her. She did look lovely, though. ** I think Nina Garcia is having an orgasm over Michelle Williams. *** Jennifer Lopez looks gorgeous, as always. *** Penelope Cruz is wearing the kind of dress I would have worn. If I were young, thin, and famous.

You can tell it's getting close to the start of the show because commercials are coming every 3 minutes...kind of like contractions, only more painful.

The Show
I have seen every host of the Oscars from Bob Hope to Johnny Carson to everybody else and NOBODY holds a candle to Billy Crystal.   That opening montage was fabulous.  Walt missed the whole thing since he was talking to Tom on the phone at the time.  Fortunately, I was recording it.

Cameron Diaz and Jennifer Lopez...is that the most gorgeous looking pair walking out that you've ever seen? Of course you look at Jennifer Lopez and the only thing I can ask is "how do they keep those boobs from falling out?"  Duct tape?

Very nice acceptance speech by the guy for costumes (is this for costumes) on "Iron Lady."  Meryl Streep is obviously much beloved as an actress.

First biggie -- Octavia Spencer.  I know everyone said it was a lock, but there are always surprises.  She looks beautiful and I'm so glad she won. The Help is actually the only film that I;ve seen this year (of the nominated films!)

Oh my...this "focus group" for Wizard of Oz is wonderful.  I absolutely love anything Christopher Guest and his group do and this was fabulous.  So glad I am recording it!

The Cirque de Soleil bit was fabulous.   This truly is the best Oscars show I've seen in years.  Jennifer's wife said her back hurt just watching it.

...oh so happy that Christopher Plummer won for supporting actor.  I haven't seen the film but everyone says that it's wonderful.   Another to put on my list.

The guy from The Artist who won for best original score said he never learned how to compose or arrange music.  I could give him the name of teacher of composing and arranging, if he wants.

Angelina Jolie looks quite amazing and imposing on that stage.

Oh so glad Descendants won an award.   I haven't seen it, but I have been very happy that George Clooney has received such good reviews for his performance.  The Oscar is probably going to the latecomer from The Artist, but I've been hoping it's Clooney.

The guy giving the acceptance speech for Descendants has thanked his mother and dedicated the Oscar to her.  That always makes me cry because it was my joke with Paul that he one day stand on the stage accepting an Oscar and thanking me for all my support over the years.

(Actually a couple of months after Paul died, Stephen Peithman and I received an Elly award, which is the local community theatre award, for the script that we co-wrote (Steve wrote 99% of it, but I got an award too).  I had to go up on stage to get my award and all I said was "this one is for Paul.")

These snippets of actors talking about actors and film and all sorts of feelings about things are really good.  Gives you an insight into both the industry and the individual actors.

I also like the unusual way they are handling music for this show.  Not just the generic background music, but some really interesting stuff...and playing from the box seat area as well.

I'm noticing that the commercials, too, are almost Super Bowl quality...actually, I'm enjoying them more than the Super Bowl commercials.  I'm also loving the girls who are distributing snacks.

Well, The Artist gets best director.   Guess that says which film is going to be best picture.  I must see that film!

I am disappointed that George Clooney didn't get an Oscar but he can commiserate with his friend Brad Pitt.  And much as I love Meryl Streep, I so wanted Viola Davis to get it.

As I predicted, The Artist got the big one.  The producer looks like a teenager.

Well, it's over for another year.  Now I have a zillion movies I want to see.  I loved the production of the show this year.   There was nothing I didn't like, except some of the awards.  And it was fun sharing it all with Jennifer...the beauty of computers.  Even if you live hundreds of miles away it doesn't mean you can't party together!

Email ThisBlogThis!Share to TwitterShare to FacebookShare to Pinterest
Labels: Oscars

I'm sad my boyfriend, George, didn't win the little gold man. ;-) I love your post, though. I didn't stay up for too long but I have the show on DVR for later.