Pulling My Hair Out

It had been my intention to address all the commotion around the Komen Foundation's decision to remove funding from Planned Parenthood. The reversal of that decision took some wind out of my sails, but still doesn't really restore the full funding, merely states that they are free to apply for funds in the future.

However, I didn't have time to research the issue fully because my computer blew up on me.

It was a return of that Security Shield virus I got a couple of weeks ago. This is an alarming notice that pops up and tells you that you are in danger and you can only get out of danger by buying a program, supposedly (but not really) from Microsoft, that will clean up all the viruses that have accumulated.

It's insidious. It makes many of your program unusable. I tried opening up Notebook and got the blaring message that the program is infected and it won't let you use it. It also gives you a list of all the files on your computer which are infected with nasty viruses. It looks all official 'n' stuff. 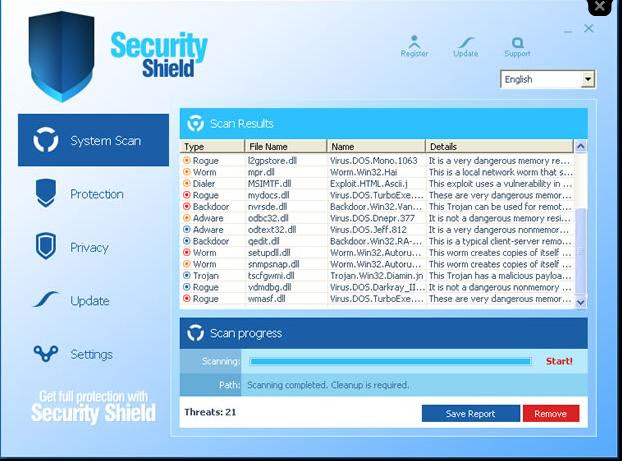 When you try to open a supposedly infected file, a big red warning appears and you can't do anything. It keeps asking you "are you SURE you want to proceed without protection?" It's very effective, using lots of scary red and exclamation points and incredulity that you would even THINK of proceeding unprotected. 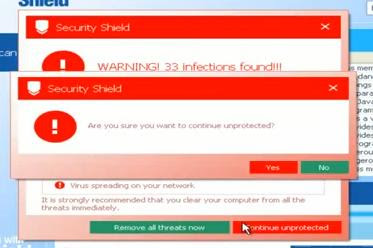 The "protection" "only" costs $80 and from all I've read, does nothing. There are tons of sites on line which say they can help you remove the virus and I tried one, waited 20 minutes or so and went through all the steps only to discover that this, too, wanted money to fix the problems and remove the virus.

I tried following some instructions for deleting the virus and I don't remember what I did at that time, but doing whatever I did and then doing a system restore seemed to work and I've had a few weeks of blissful ignorance.

But I picture this virus like some science fiction monster, which, when defeated, retreats to his cave and licks his wounds and then comes back bigger and stronger than ever.

The big strong Chtorr-like virus returned today. In spades...big, red spades. The faster I tried to work around it, the bigger the warnings got until I got a warning, when I tried to get to the System Restore screen, that filled my screen and could not be removed. I could only reboot the computer and the second I rebooted and got back in again, there was that damn blocking screen again. I was dead in the water.

So I called my guru. I wasn't even going to TRY to do anything with this thing, because I don't know how to tell the fake fixes from the real fixes. I wanted it done professionally. I made an appointment to take the computer in to his office in the morning.

That meant disconnecting it. Do you know how much dust accumulates on computer cords in a space of a few short years? I tried to take careful note of which cord went where, and tried to label which cord did what so I could restore it all when the computer comes back.

In the meantime, no problem--I would just use the laptop . I'd done it before. Only this time nothing went right. I finally got the cords straightened out and connected both of my back up hard drives to the computer, so I'd have access to most of (but not all of) my files.

When I fired up the computer, it showed that I was connected to the Sykes router, but that I had no internet connection. Walt and I tried almost everything and I was so frustrated. It was 10 p.m., and too late to call anyone at DCN to get help. I just figured I would have to go to Mishka's in the morning, which seemed crazy, since I have a perfectly good wifi connection here--heck, my CELL PHONE works, but neither computer did.

Finally Walt tried a different plug for the router to connect to the modem and suddenly we had internet connection again.

I always swear I am going to remember how to do all this stuff, but the problem is that I may go months or years before I need to know whatever it is that I learn during crises and since I can only barely remember things better than my mother, the chance of remembering something highly technical is essentially nil.

But I am back on line again and I can post this, I think. This will probably be a good time to install my new printer, now that I can't connect the current one to the laptop and I will go nuts without being able to write letters while the virus is being killed. But that probably won't get done tomorrow.