I hold in my hand...the last orange 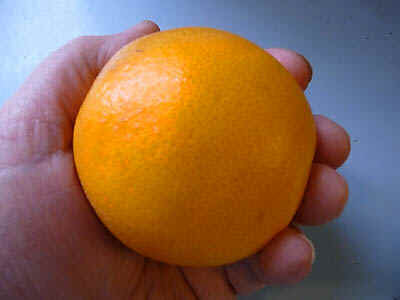 Every year for more years than I can count, about a month before Christmas, a guy named Don Kessler calls to ask if we want to order oranges or grapefruit. It's a fund raiser for a local musical group. When we had kids and foreign students here I always got a box of grapefruit and 2 boxes of oranges.

As our population has diminished around here, it got down to a half a box of oranges, but we went through that so quickly last year, I ordered a full box again.

The citrus comes from Florida and I can say that I can probably count on the fingers of one hand the pieces of bad fruit we have had in all these years. They are ripe, sweet, juicy, and delicious.

When everyone was home, on Christmas morning we would squeeze a full pitcher of fresh orange juice. Now I just cut the oranges in half, cut each half in thirds, and eat them right off the rind standing over the sink. No worries about my vitamin C intake in December and January.

The fruit arrives about 2 weeks before Christmas and today, I sadly ate my very last orange. It's a long time to December 2012. It's too bad that these oranges are so good that they spoil me for oranges that you get at the supermarket, which are sometimes good, sometimes not.

Today was also Buddy's last day here. We had our last cuddle times. 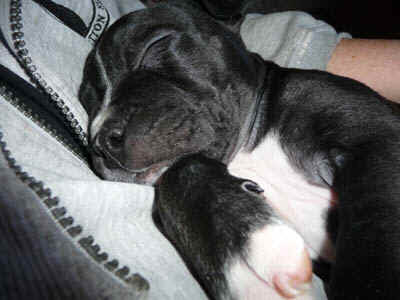 Even Polly, for the very first time didn't chase him away when he climbed up into the recliner and went to sleep. 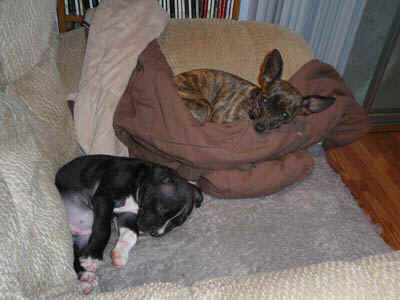 And finally it was time to take him to Petco. I packed up all his stuff in the carrier he came in and we put it in the car, Buddy in my lap. As we approached Petco with all the dogs barking and all the confusion, he began growling and barking and trying very hard to get out of my arms. I've never seen him so confrontational. I put him in the cage but he barked bloody Hell, so Walt went and found a tiny collar and we put that on him and attached a leash made for a huge dog to it. He immediately marched up to the nearest cage and began growling and barking. Then he started rushing off through all the legs, barking, and beginning to sound panicked. I think he thought he was lost. He had never been on a leash before and I'm sure he didn't know I was at the other end of it.

I finally picked him up and he calmed down, but we had to leave for another engagement (about which I will write tomorrow), so we took the crate to the back of Petco, put him in it, and left him with the SPCA volunteers there. I raced out of the store before he could start whining and crying, because I didn't want to remember that being my last sound of him.

Mazel tov, little puppy. Today you are a man. Sort of.

We came home this evening and picked all of the towels off the floor, didn't have any puddles to step in, and only 3 meals to fix for dinner. I wonder what Buddy is doing with his new "brother." 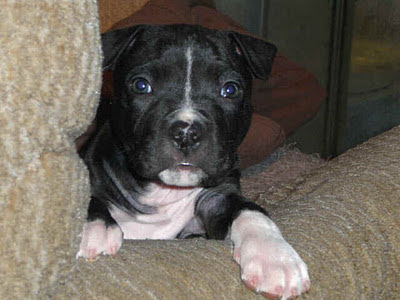 Email ThisBlogThis!Share to TwitterShare to FacebookShare to Pinterest
Labels: Buddy

I hope the rescue listens to you and does not give him a home with small children . I do hope he gets an awesome home though .

You know Florida makes more than that one box, right? ;)

We give fruit from Pittman & Davis (Harlingen, TX) at Xmas. And we order a box of red grapefruit for ourselves to be delivered in January (it's the sweetest). It came last week, and we've been scarfing down one a day. I know Florida stuff is good, but sometime I hope you get to try to citrus from the Rio Grande Valley of Texas. Yum!

Like Jen says, you COULD order some for yourself.

We ordered oranges from a fundraiser one year, too, it was fantastic. Then they stopped that particular fundraiser. I haven't thought about it in years!

I'd say 98% of the oranges in our Indianapolis grocery stores come from California. The California ones we have at present are quite sweet and juicy.

Happy/sad for you that you had to take Buddy back to Petco. Hope they pay attention to your observations and suggestions.

My goodness, it just broke my heart reading about leaving that pup. But they do get over it when new folks start loving on him.