Today was my second day at the book store. Walt had a meeting at 1 p.m., and I work at 2, so he dropped me off at Mishka's Cafe (where I go when I have no internet access here at home) and I sat with coffee and a lemon bar...and my cell phone (presumably unable to access the internet any way but with Mishka's wifi) and waited for about half an hour. 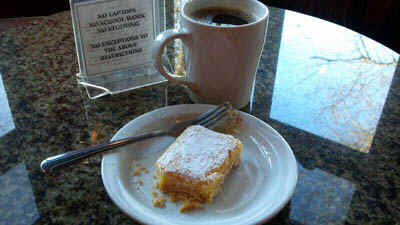 I finally walked over to Logos and relieved Peter, who seemed happy to be out of the shop for a few hours. He told me it had been a slow morning. He left and I went looking for something to read. I decided that each time I'm there, I would try to find something reasonably short (so I can read it in 6 hrs), and perhaps a greater variety of things I'm not likely to read normally.

The book I picked for today was written by Katharine Hepburn. 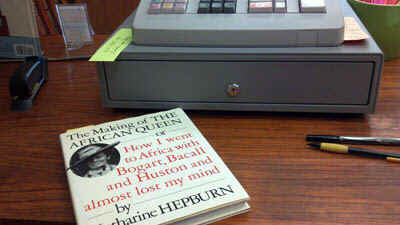 This actually is something I would read otherwise, but it's probably out of print. What a fun book. Hepburn obviously wrote it with minimal editorial input. It reads like the transcription of an afternoon chat over tea at her apartment. It is her distinctive voice, her memories of a film she had made 30 years before, the principal characters of which were then all dead (the book was published in 1987). And what fun hearing about the trials and tribulations of making this classic film (which certain was never expected to attain "classic" status!). If nothing else, it makes me feel better about probably never going to Africa!

If the morning at Logos had been "kind of slow," the afternoon was anything but. I was alone and seemed to have a constant stream of browsers, many of whom bought book. A woman came in with ten large boxes of books she was donating. The cash register jammed and I had to call Susan to find out how to un-jam it. But there was also enough down time that I made great progress with Katharine.

I finished the book around 4 and was faced with the choice of getting out my Kindle or finding a new book. Sorry, but I just don't want to be in a book store surrounded by real books with paper pages 'n' all and reading a storm on a Kindle.

Well, here is where being in a used book store is a great thing. You have access to all sorts of books, the kinds of things you would never go looking for. This was my second selection: 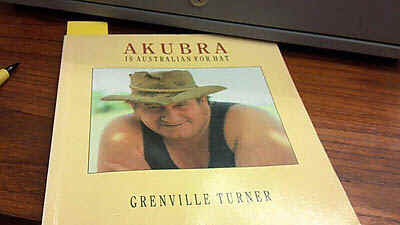 I actually never heard anybody talk about an Akubra (an Australian hat) when I was in Australia, but I remember Olivia being very proud of having bought one when she was there herself. This book is actually kind of cheating to say I "read" it (though I did). While it covers the history of the Akubra it is mostly very nice photos of the people who wear them -- station hands, property owners, roustabouts, trappers, shooters, and soldiers, to mention a few. Each photo is identified by the name of the wearer and what he has to say about his akubra. 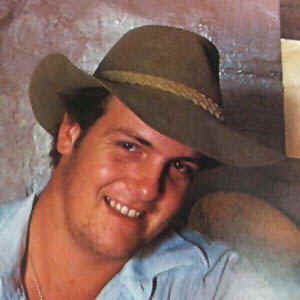 This guy is has been a policeman for 2½ years and has made five arrests. His territory covers 5,000 square km.

My favorite quote about a hat was the guy who said. "Without a hat on you'd die in this country! You're blind without it. Lose your hat and you can lose a hand...A hat is never any good until it's been through the dip twice. You throw your hat thru the door and if it's not shot full of holes you can walk in after that. It's handy to pick up hot things with."

Now see? If I had never gone to work for Logos, I would never have known any of this! I also would not have heard of "wooly butts" (which I think are sheep) or "pandanus" (a type of palm-like deciduous tree) or "larrikin" (a mischievous person) or salmon gums (a type of eucalyptus found in Western Australia).

I actually finished reading this book before Walt arrived. Even before Susan arrived, in time to chat with her about how the day had gone. Walt had parked 3 blocks away and it was so cold (the cold has finally arrived here!) that, since I had no coat, I made him go get the car and drive to the door to pick me up.

Another fun day of "work" (if you can call sitting and reading for 6 hours "work"). I'm really enjoying this job!

Lauren Bacall was present when "The African Queen" crew was in Africa (because she went where Bogie went). Her description of what went on is interesting too, though it is (of course) different from Hepburn's.

I heard that Bette Davis turned down the role. I'm glad she did.

I've just put the Hepburn book on reserve at the library. 8^)