It Wasn't a Prune

We used a Groupon tonight to go to dinner at Bombay Dreams, an Indian restaurant here in Davis. I had heard very good things about it from people on Facebook and was all set for some of their Tikka Masala. 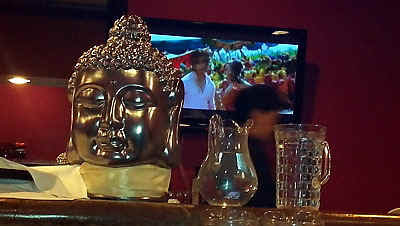 The service was a little slow, we thought. Our dinner came with soup and we assumed it would be served first. But when the meal arrived, we could see why it had taken so long. It all came together. 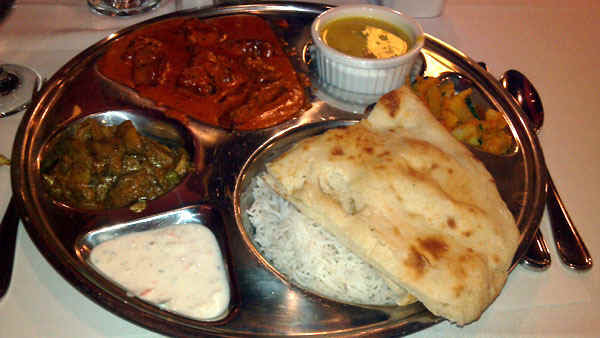 I'm not sure when they filled the soup bowl, but it was not quite cold...only a bit of warmth. The problem with eating foods from other cultures that you aren't really sure how they are supposed to be served. Maybe it was supposed to be luke warm, so I didn't complain.

I had the lamb tikka masala which I thought was a bit over-salted, but still tasty. Walt had lamb curry and had asked for his to be medium heat (I am a wimp; I always ask for mild). When his dinner was finished, he picked up a wrinkled bean-looking thing. He had a flashback to our Indian dinner in London when he took what he thought was a green bean off of Jeri's plate and bit into it heartily...only to discover that it was a very. hot. pepper. Smoke nearly poured out of his ears and he probably has never drunk so much water in his life (yes, I know that water doesn't quench heat-hot, but he had nothing else to use).

Anyway, with a memory like that he wasn't going to bite willy nilly into this something in his hand, but he was curious, so he nibbled. Hmmm...he said. "It tastes like a prune." He asked if I wanted to taste it. Fortunately I was very full. So he nibbled a bit more at it, wondering exactly what it was.

Suddenly his face turned red and smoke poured out his ears (well...not quite). It had gone down smoothly...you know...like a prune. But when it hit some vital part of his anatomy, fumes came back up again. He downed his glass of wine. I finished his glass of beer. He ate rice. When we left, he was panting like a dog from the heat of what had obviously been another very. hot. pepper.

If we learned one thing from dinner it's ... don't ever taste something that looks like a solitary green bean in the middle of some Indian dish!!
Posted by Bev Sykes at 12:02 AM

Email ThisBlogThis!Share to TwitterShare to FacebookShare to Pinterest
Labels: food

Actually, it is acceptable and appropriate to ask the waiter what something is before nibbling or chomping all unaware. Twice bitten -- being shy next time sounds like a good idea.

I love hot Indian food, Mexican too, and in both cases I consider beer the best drink.