I was checking out other blogs on Holidailies and came across one (which I don't remember now) which talked about sleep and led me to a page that discussed sleep and said that everyone sleeps like some kind of animal.

The American sleep scientist, Michael Breus identified a total of four types of sleepers. Whoever knows what type of sleeper they are can optimise their daily routine accordingly, thus improving their performance.

The whole article is interesting.  The sleepers are Lion, Wolf, Bear and Dolphin.  The first three all start with explaining when the animal sleeps and when it wakes up, none of which relate to me. However, I perked up when I read about the dolphin.

Dolphins wake up frequently during the night and therefore feel tired. They get a surge of energy at about 7 pm. They go to bed shortly before midnight. Dolphins are intelligent and tend to be perfectionists. They are rather anxious and introverted.

Who knew I was a dolphin?  This pretty much describes exactly how I sleep, waking up every 2 hours to change to a different location, "do something" active and then go back to sleep for another 2 hours.

This morning I woke up at7, when the Today show was starting and heard them say that it's December 20 and there are only 5 days to Christmas.  I thought surely I heard it wrong.  It wasn't in the 20s yet. I woke up to check my phone to see if I had mis-heard the show and no, it is the 20th. So even though I have very little to do, I woke up in a panic and today I have Christmas music playing on DISH and I'm wrapping gifts. I was going to make cookies, but after walking on the treadmill and standing to wrap gifts, I can tell my legs won't last to make cookies...so I'll do that tomorrow.

Ned tells me that Marta's father and stepmother will be joining us for dinner on Christmas, so it won't be just the 4 of us, which will be nice.  Ned has ordered a sugar-baked ham and Louise is bringing spare ribs, so the feast is getting more festive. 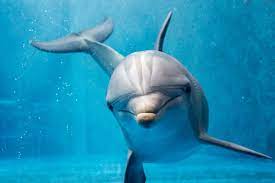 Glad you have extra company for the holiday. I am a dolphin also