I got my driver's license in San Francisco when I was 16 years old.  I drove around the city for years, parking on steep hills (my father would not let me go for a license until I was able to parallel park on a hill, in a car with standard transmission).

I've driven thousands of miles, around town, down to Santa Barbara, and on stints sharing long drives with Walt.

Two or three years ago, Ned followed me home from Kaiser after we had taken Walt there and he told me he did not think that I was driving safely and thought I should stop driving.  I know this is a difficult thing for kids to tell their aging parent, but I was OK with it and have not driven since.  Ned has been wonderful about being my chauffeur.  I have not been behind the wheel of the car since then.

A Goggle page on age and driving I checked said this:  " older adults are more likely to receive traffic citations and get into accidents than younger drivers. What causes this increase? As we age, factors such as decreased vision, impaired hearing, slower motor reflexes, and worsening health conditions can become a problem.

You may have driven your entire life and take great pride in your safety record, but as you age, it is critical that you realize your driving ability can change. You may feel shocked or overwhelmed at the prospect of losing some of your independence, but by keeping your mind open to new possibilities, you can still maintain an active, vibrant, and rewarding lifestyle without a car.

Yesterday I got a note from the DMV letting me know that my license expires on my birthday (in February) and giving me directions for how to renew it.  I had to think about whether to renew my license or not and have decided not to.  I will have to get  an ID card, but I won't get a driver's license.

It seem strange, but at my age most people don't drive any more.  Walt disagrees.  But I am, or will be, officially a "non driver" after February. 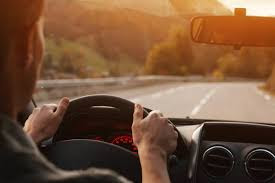 Email ThisBlogThis!Share to TwitterShare to FacebookShare to Pinterest
Labels: Driving

My mother-in-law is still driving at 89. She terrifies me.

I won't get in a car with my mom anymore if she's driving. Heck, I know my driving could use help and I only just turned 60. You're very fortunate to have Ned and Marta so involved in your life.

I know quite a few younger folks who use the Uber-type service or public transport and don't want the hassle of having their own vehicle. Those are decent options if there's no Ned around. :)

My Dad was still driving until his last days at 78. He was one of the slooooow drivers on the road which can be just as much of a hazard as a speeder. I knew he couldn't see very well as he always had poor vision. I worried a lot especially when he was getting on the main highways or going a far distance.

One of my grandmothers drove into her 90s, though she was happier catching a ride with someone else if she could. My mom didn't know it at the time, but she was done driving before her 84th birthday. Especially given the lack of public transit in so many places, it's easy to understand why people are reluctant to give up this bit of independence.

Just make sure there isn't additional requrirents changing from DL to ID. WE tried to do that with my late husband here in Texas and even though he had a DL they wanted additional proof to get an id. lol they let him renew is DL in a wheelchair.