Welcome to Saturday: 9. What we've committed to our readers is that we will post 9
questions every Saturday. Sometimes the post will have a theme, and at other times the questions will be totally unrelated. Those weeks we do "random questions," so-to-speak. We encourage you to visit other participants posts and leave a comment. Because we don't have any rules, it is your choice. We hate rules. We love to answer the questions, however, and here is today's questions! 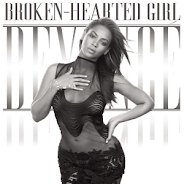 1) In this song, Beyonce admits her feelings for a man she doesn't want to love. Do you believe we can choose who we love? Or does the heart go its own way?

Probably depends.  I could mention people who love both ways.


2) In the video for this song, Beyonce plays with a red rose. Florists report that the most popular colors of roses are: red, white or ivory, yellow, pink, peach or orange, and lavender or purple. Do you have a favorite?

I love red and yellow roses, but I don't like them if they come from a florist and have no rose odor.  My boss grew lavender roses that smelled wonderful.

3) The video was filmed in Malibu. Southern California is a popular vacation destination. Have you ever visited there? Have you ever lived there?

I have never lived in Southern California, but I was born and raised in San Francisco and have been to many places in S. California.  My son lives in Santa Barbara.

4) When Beyonce was just 12, she appeared on the show Star Search as part of a vocal group called Girls Tyme. The girls lost, but Beyonce said the experience taught her that she wanted to be a performer for the rest of her life. Share a memory from your own junior high years.

Well, I never went to junior high--the catholic schools went from 1-8 and 9-12.  I loved high school and there are so many memories!  I loved working on the yearbook for 4 years and I think it encouraged me to become a writer.

5) As a girl, she helped her hairstylist mom by sweeping hair at the salon. Do you have a hair appointment coming up?

No.  Marta has been cutting my hair for about 2 years now.

6) In 2009, when this song was popular, Facebook founder Mark Zuckerberg unsuccessfully tried to buy Twitter. Elon Musk acquired Twitter last month. What social media sites do you spend the most time on?

7) Also in 2009, Sony sold floppy disks at most retailers. But things change fast in the world of tech and by 2011, Sony quit producing floppy disks altogether. Floppies were replaced by flash drives, which have been replaced by cloud storage services ... Do you still have any floppy disks?

Lots.  I have some that haven't been used, but dozens that have been used and have my life on them!

I was never a Jackson fan, but I guess "Thriller" because a guy from Davis was in the chorus.

9) Random question -- We're having a Saturday 9 potluck lunch! What will you bring?

It seems like many Saturday 9ers are not fans of Michael Jackson.

Nice that you have a built in hairdresser! Your school years sound nice.