I am a happy camper today.

Since I started using the new computer, I have not had WordPerfect and was under the impression that it would not work with Windows 11, which is what I have now.  But "Lenova," the word processor I have been using is very frustrating and I decided to do a Google search on WordPerfect to find out what was out there.  Char says she thinks she and I are the only two people still using WordPerfect, but I have been using it before "Word" was invented and I know it so well!

So I did a Google search and whaddya know...there is a version of WordPerfect for Windows 11 that cost $130.  It's actually a WP suite, which comes with other programs too (like database, which I definitely need!)

If this were a year ago, I would think this was too much money to pay but now that I have some money from my mother's estate, I decided to consider it a gift from her to me for Christmas and downloaded it.

I got it all installed and felt at home.  I immediatley wrote a pen pal letter and realized when I finished it that one of the reasons it has taken me so long to get through the stack of letters I have to answer is that I hated Lenova so much.  But with WordPerfect I'm back in business again.

Now I just have to try to remember the name of the program I used for web design and maybe Funny the  World can go back to normal, if I find something that will work. 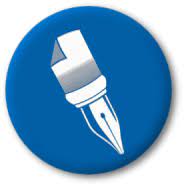 Good for you! WordPerfect was my first word processing program, something like 25 years ago. I didn't get nearly as attached, but I definitely understand the sentiment. Even with the Microsoft Products, it annoys me when they have a new release and for some incomprehensible reason various functionality and menus have to change, such that I can't find everything I used to be able to find. Change for change's sake. So congratulations on finding the familiar!