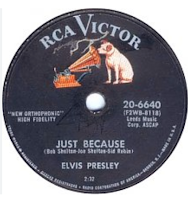 Welcome to Saturday: 9. What we've committed to our readers is that we will post 9 questions every Saturday. Sometimes the post will have a theme, and at other times the questions will be totally unrelated. Those weeks we do "random questions," so-to-speak. We encourage you to visit other participants posts and leave a comment. Because we don't have any rules, it is your choice. We hate rules. We love to answer the questions, however, and here is today's questions!

1) In this week's song, Elvis complains that his girl has confused him with Santa Claus. This time of year, Santa is prominent. Did you more recently hear Santa referred to in a song, see him in a holiday decoration or ad, watch him in a film or TV show, or maybe even met him in person, ringing a bell or asking kids if they have been naughty or nice?
Probably most recently saw him in a holiday decoration, or in house decorations on a news broadcast.

2) Finally Elvis just can't take it anymore and breaks up with her, just because. Is there anyone in your life who has a way of pressing your buttons and getting on your nerves?
Not these days

4) Elvis left Sun for RCA, a much bigger record label. As part of the deal, RCA negotiated for the rights to all his unreleased Sun songs. "Just Because" is one of them, and it was included on Elvis' first RCA album. Have you gotten a good deal on anything lately?
I've purchased so much stuff for Christmas gifts and some of the things were good deals, others not.

5) In 1956, when "Just Because" was released, non-stick cookware was first introduced. Do you have any Teflon in your kitchen right now?
I don't think so.

6) Elvis thought peacocks were beautiful and commissioned stained glass peacock panels for his living room. Do you have any stained glass in your home?
I have a window

7) He tried to keep peacocks at Graceland. One of the birds saw its reflection in Elvis' gold Cadillac and started pecking, ruining the car's expensive paint job. Elvis donated the peacocks to the Memphis Zoo. Have you ever had a bird as a pet?
No.  Never a bird.  I definitely would not have a peacock...they are horribly loud.

8) Elvis decorated the long Graceland driveway for the holidays with blue lights. His father teased that with the airport nearby, pilots might confuse their driveway with a runway. What airport is nearest your home?
Sacramento.

9) When Elvis was alive, he kept the holiday lights up until January 9, the day after his birthday. That tradition continues at Graceland today. Conventional etiquette tells us Christmas decorations should go up the day after Thanksgiving and come down before January 6 (the 12th day of Christmas). Do you think it's ever too early, or too late, for Christmas decorations?No.  Some of our decorations remain up all year.  I think it's too early when stores start advertising Christmas stuff with the 4th of July stuff!

I have never flown out of Sacramento. San Jose and San Francisco is a yes and most recently it was Reno. I have one tree that stays up all year and I decorate it seasonally.

The Gal Herself said...

The lake we visited every summer had peacocks. They are loud, and sound like they're yelling, "HELP!"

I still have the majority of my shopping to get done...I hope I am able to find some of those good deals. My aunt had a neighbor with peacocks when I was growing up and yes, they sure were loud!

One of the naval bases on the North Shore of O'ahu has free-ranging peacocks, as well as an Army post close to Honolulu. They're beautiful!

#7 And messy. A friend raises llamas and there is a bunch of peacocks that hang out at the farm (They eat the grain for the llamas)

My brother has peacocks. They are very loud; you can hear them all over my father's farm.

The hospital where my first two daughters were born was on an estate that had free roaming peacocks. My roomies and I loved their calls at night, as they sounded like someone saying, "How Now?", "How Now?" and reminded us of Shakespeare. lol

I keep little trees up all year. They are only 2 feet tall and cheer me up. I miss forests a lot.
Hope you have a lovely Christmas.