We decided to open gifts before breakfast.  Ned was thrilled with his Saul Goodman figure.  You don't get clothes for Ned...you get toys! 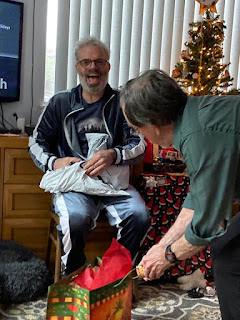 I had found a book about "The Play" in the Cal-Stanford game in 1982.  Not sure how they wrote a whole book about it, but I had to get it for Walt. 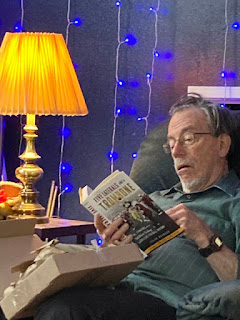 As for ME, I was thrilled with my new sweatshirt! 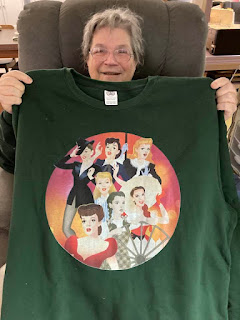 Ned fixed a special breakfast for the four of us and then we watched The Wizard of Oz, and had the rest of  the day free, until 6, when the Wilsons arrived for dinner. 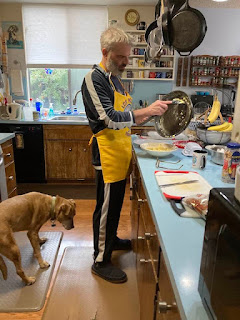 We've never had the Wilsons (Marta's family) here for anything, though we have been to their house many times.  But when we found out they were going to be alone for Christmas, we had to invite them.  It made it nicer for us too, because it was just going to be the four of us. 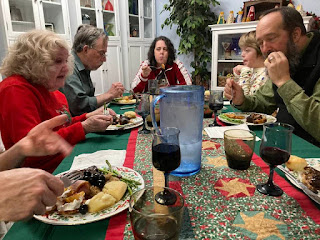 Bubba was not happy having to wear a bow tie. 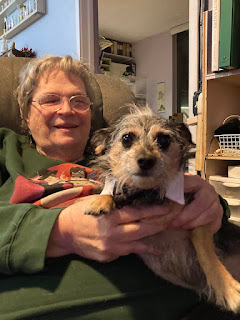 The Wilsons left before pumpkin pie, so Walt and I were the only ones who had the pie I made (which meant there would be pie for breakfast as well), and we were able to turn in early for the night.
Posted by Bev Sykes at 10:13 AM