There was a children's chorus on The Today Show this morning. 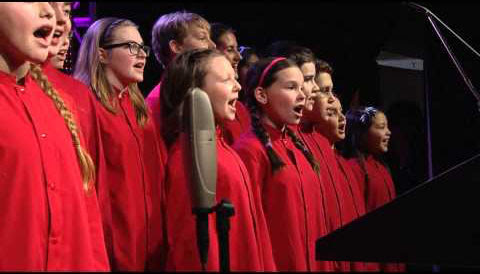 It made me think of the choruses I have sung in, over my life, until my voice decided to leave me (I now have a vocal range of about 3 notes)

I specifically remembered a concert we performed, on TV, when I was in high school.  I went to a Catholic school which was also associated with a home for unwed mothers and the local TV station was doing a Christmas show from that home.  Only they couldn't show any of the actual girls who were there, so they had our choir go in to be them.

I remember how strange it felt to wear a maternity smock (little did I know I would live in them for about ten years!)

The house was rather nondescript.  Nothing outside to indicate what was behind the doors and I remember how "naughty" I felt going and mingling with those "bad girls."  Oh how naive we were in those days!

In grammar school, we gave a concert as we marched through an old folks home (again, how little did I know I would spend so much time in one later!).  There was some object--maybe a statue?--from the Vatican that was touring the United States and was spending time in this facility.  I was terrified seeing all those old people (how little did I realize I would one day be one of them!) and just didn't look if I could avoid it until we left the facility (which was across the street from our grammar school).

I loved my years in choirs and especially loved the chances I had to stand in a choir stall above a church, the vibration of the organ rumbling through my body.  This was especially true when I was in grammar school and sang in the choir for St. Brigid church, standing next to the organ under that big stained glass window. 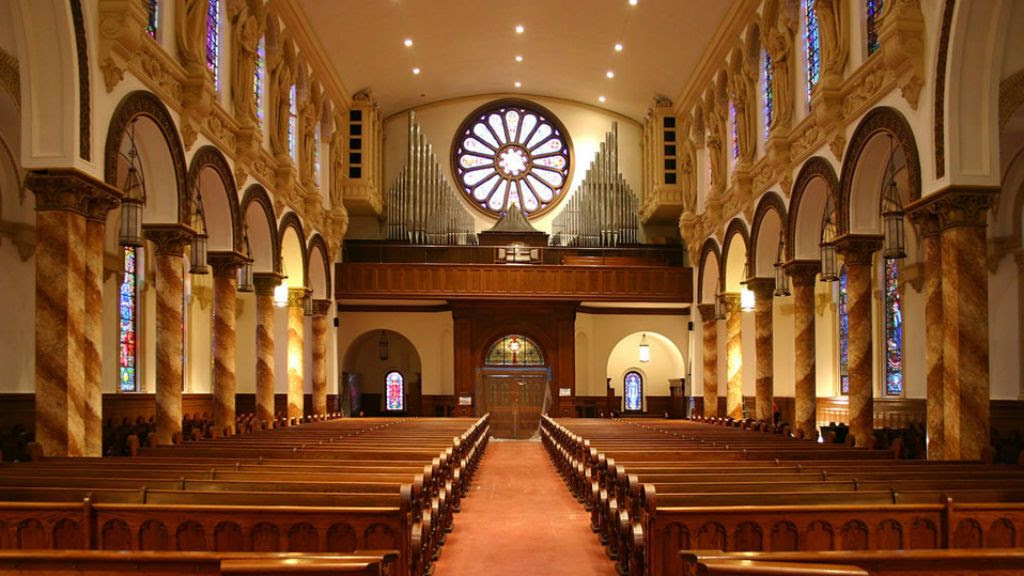 In high school, I sang with the choir all four years and there, as an alto, I learned all the alto parts to Christmas songs. I still l can't hear a Christmas song without mentally humming the alto harmony to myself.  I miss singing.

One of the most fun times I remember caroling was when we were active with the Lamplighters.  We sang Christmas carols on the cable car in San Francisco from Market Street to Fisherman's Wharf.  There is nothing like joining with a bunch of professional singers singing songs that you know.  You sound so much better!

When we got to the end of the line there was the Buena Vista. 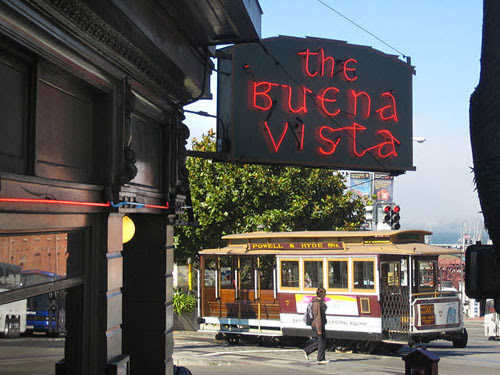 The Buena Vista is where Irish Coffee was invented and so after all that singing, we had to wet our whistles with a glass or two 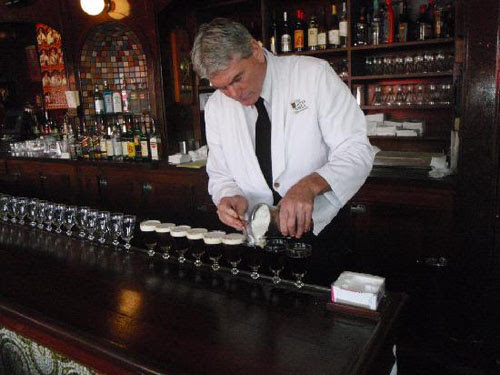 The last time I went Christmas caroling was a few years ago.  We had gone to dinner on Christmas eve at the home of Marta's parents and after our burrito dinner her step mother passed out kazoos and we all went marching along accompanying ourselves on the kazoo to the house of a mutual friend a couple of blocks away.  I have to admit that was really fun.

I don't think I've sung Christmas carols since, though I love to listen to them, but this damn voice just won't cooperate any more.
Posted by Bev Sykes at 5:14 PM