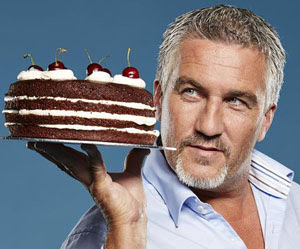 If you aren't familiar with Paul Hollywood (apparently his real name), he's the co-host of The Great British Baking Show, which more people watch than I ever imagined.  Now he is the co-host of The Great American Baking Show, which doesn't quite have the same panache as the British show, but is still enjoyable, watching the contestants  making 3 things each episode, including their "show stopper" at the end some really are show stoppers.

It has been a real revelation to me how different British baked goods are from American.  Most of the things they have to make are things I've never heard of before.  And ours are much too sweet for British tastes, I learned.

When our friend Caroline was here earlier this year she made shortbread one night.  She told me it was Paul Hollywood's recipe.

I thought I had written down her recipe, but apparently had not, so when I went Googling for a shortbread recipe, I found one that was supposed to be by Paul Hollywood.  I printed it out.

The ingredients were all in metric, of course, so I was pleased that I recently purchased a kitchen scale that read both Fahrenheit and Celsius.  I scrupulously measured all ingredients and followed all directions (I'm normally more carefree than that).

When you get your dough put together you "knead it" and then roll it out and cut it into shapes.  This dough was not "kneadable."  It was much too soft more like drop cookies.  But with the help of flour on my breadboard, I did get it kneaded and while not rolled out, at least patted out.  It was supposed to fill two cookie sheets, but it only made a dozen round cookies.

I put them into the oven and when I went to check, 5 minutes before they were to come out, this is what I saw; 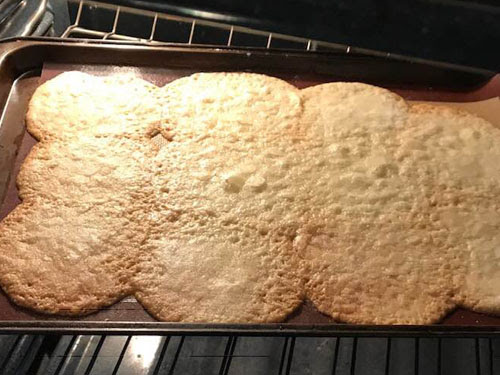 I was surprised that they had spread out so thin.  Caroline's hadn't done that.  But I thought that when they had cooled they would be all right.

When they cooled and I attempted to carefully remove from the baking sheet, this is what I ended up with. 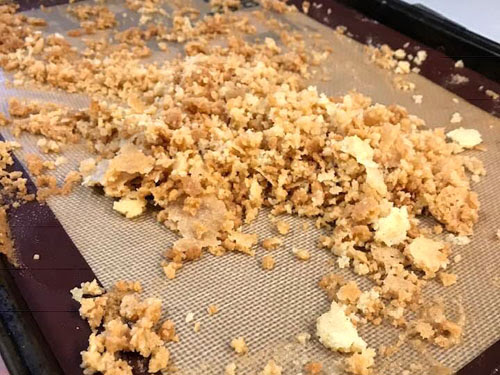 I gathered the crumbs up and put them into a container and stuck them in the freezer.  They will eventually be a crumb toping for some sort of coffee cake--they may look terrible, but they are tasty.
I moved on to a recipe called "The best brownies" which I had saved some time ago.  Again, I was scrupulous in my following of the recipe and all looked fine when it went into the oven.  The recipe warns very definitely about not over-baking.  I set the timer for the maximum suggested time (30 minutes) and when 30 minutes was up, I checked and it seemed kind of soft in the middle for me, but remembering the specific warning about over baking, I realized that the edges were baked so probably things would firm up as the brownies baked.

When they cooled and I got them cut into squares, as I tried to remove to a cooling rack it was obvious that they were not quite baked so I have tasty brownies that are more than just a little ooey-gooey. 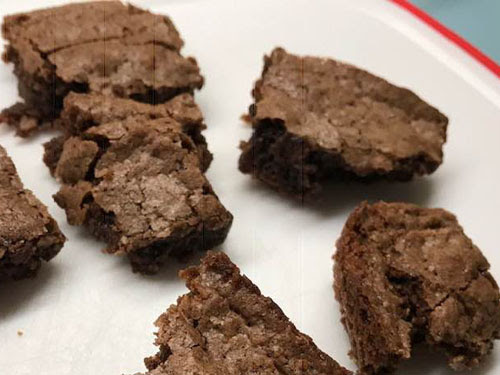 I started this project today because I wanted to fill a container to take to a friend.  I had already made two batches and neither was good, though the brownies were at least passable.  I mushed on to recipe #3.  Snickerdoodles.

Snickerdoodles are one of my favorite cookies...and one I have not had much success making in the past.  I don't know why.  There's nothing difficult about the recipe.  I expected  this to be another unmitigated disaster but to my delight they came out fine 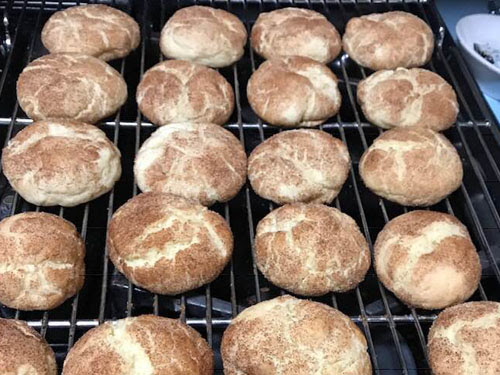 I have been a good baker all my life.  Heck, I even worked in a bakery for awhile.  At Christmas I often made dozens of different kinds of cookies now I can't even make simple ones.  I may have to hang up my cookie sheet.
Posted by Bev Sykes at 4:59 PM