These were photographed at a Trump rally.  Have we made America great again yet?  While Trump does not have control over what is sold at his rallies....have you ever seen anything like this garbage for sale at anybody else's rally, much less any president, Republican or Democrat? 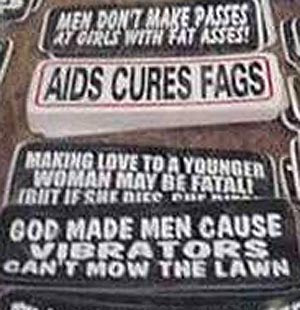 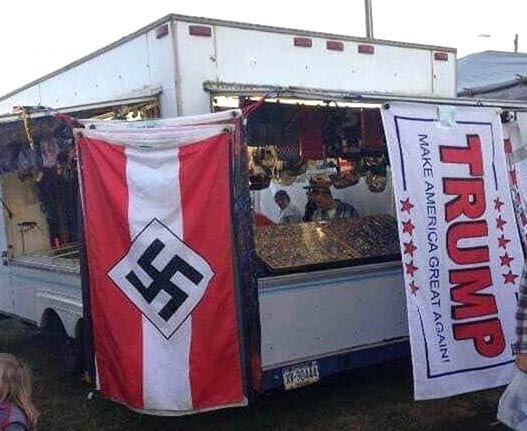 Not only that, but we have killed two children under the age of 10 for Christmas.  The president says the democrats are milking these stories for political purposes.  (The last child who died had to be driven ONE HOUR to a hospital when they finally decided that maybe a 103 fever should have medical attention.  On Christmas Eve.)

Joaquin Castro, chairman-elect of the Congressional Hispanic Caucus, said that “many questions remain unanswered, including how many children have died in CBP custody.” says the Washington Post.

It's been an interesting week for presidential tweets.  There was that picture of himself supposedly signing "lots of bills" at his desk, though congress had not sent any bills to him, the paper on his desk was appeared to be blank....and the cap was on the pen.

There was another picture of him supposedly meeting with Marines about North Korea, though nobody had seen a Marine anywhere near the White House that day.

He's fired people on Twitter and appointed people with zero experience in little jobs like -- secretary of defense.

His new Acting Attorney journal, we just learned, lied on his resume about honors he received in college, which his college denied ever bestowing, and the "bone spur" doctor admitted that he lied for Trump's father that his son had bone spurs so he could avoid the draft...so what difference does it make if you can prove that the Attorney General is a liar?

He says that lots of government employees have support the government shut down and one wonders how they got to him.  Phone?  E-mail?  Nobody has come forward to explain that.  I'm sure Huckabee Sanders has an explanation for all those employees who are happy to give up their salaries so he can get $5 billion for an unneeded wall at Christmas time with their rent due in a couple of days.

And then there is the awkward asking of a 7 year old child if she "still believes in Santa Claus" and then assures her that at her age it is "all marginal."  What the hell was that?  Don't let him anywhere near my 7 year old graddaughter!

ATTENTION JOURNALISTS: If Trump is secretly en route to visit troops, ask if he will be returning to DC or FL. The trip will be cover to get to Mar-a-Lago NYE party where tickets were sold guaranteeing access to the president. He would be using the troops as a distraction.
Makes sense.  If he took off for Mar-a-Lago for party, he'd be eviscerated by the fake press, but now he has a good excuse to be on Air Force One and just drop by his mansion en route home. 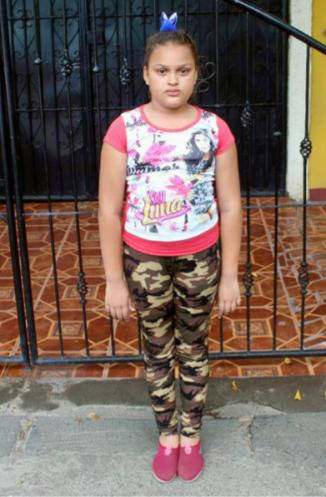 I was so upset today about the death of the second child (that we know about) under the control of our government that I decided to sponsor a new child.  It's the closest to doing something to help those kids who are living under threat at home.

I finally decided to sponsor her yesterday, but when I clicked on her photo, I got a notice that she was being sponsored by someone else.  I was much relieved.
But then I was looking through Instagram in the car while eating the first fast food meal I've had in six months (didn't taste as good as I remember) and there she was again.

I assumed it was a mistake and surely if I clicked on her name I would get the same message that she had been sponsored.  But no, for some reason she is still available.  Her name is Allison and she is from Nicaragua.

She is the kind of child I like to sponsor -- there are lots of cute kids that are snatched up quickly, but she's the kind of kid I was -- chunky and not very appealing, as witness the fact that she's been waiting for a sponsor for nearly a year.
Posted by Bev Sykes at 5:30 PM