While the rest of you may be rushing about doing all of your last minute preparations, buying those last minute gifts, I took the afternoon off to recover from our Christmas.  Tom and the family decided to come up a couple of weekends early so they could spend the night with us and we could have a proper Christmas without having to split their time between Tom's family and Laurel's (also the girls are old enough that they don't want to leave their own home on Christmas morning).

Ned had this place ready for a royal visit.  If Tom were a regular visitor, he would not have recognized it. 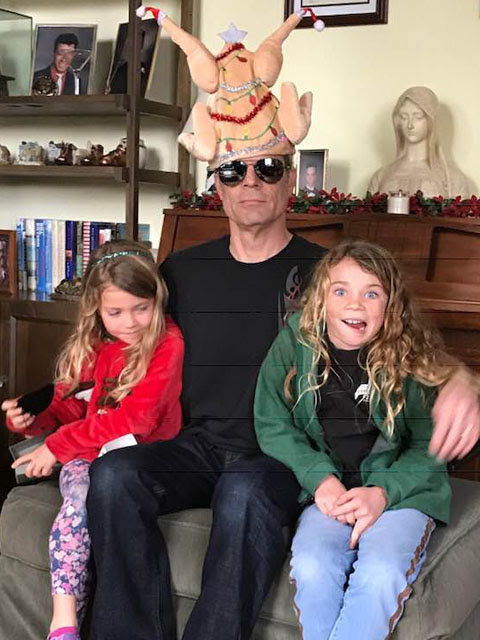 They arrived with a different Christmas hat to show off.  The turkey waves its legs and was the case of great hilarity most of the evening.

We had hors d'oeuvres while the turkey cooked.
Ned and Marta brought their dog, Bouncer, who is a very well behaved dog...and Polly hated her.  She snarled whenever Bouncer walked by.  Bouncer was very good at ignoring her for most of the evening but finally they got into it...I suspect Polly started it.  We kept them separated after that.

Marta played a matching game with Lacie.  She should know better. Nobody is better at matching than Lacie.  She skunked her aunt! 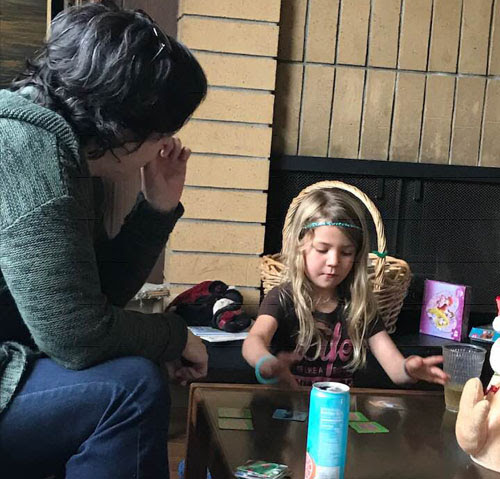 Ned and Tom were such helps in the kitchen that I was able to spend time in the living room until time to get things started.

While we waited for dinner to cook, there was the usual movie making going on.  The girls took turns being photographer, with Ned's new camera taped to their heads. Ned stopped to check raw footage with Lacie and Tom. 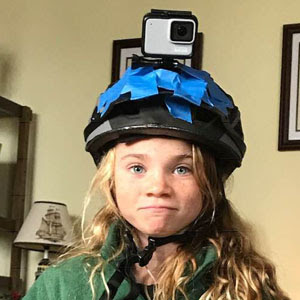 When the food was ready, everyone pitched in to get it on the table.  Tom carved the turkey, Ned and Brianna did the potatoes, Lacie made the salad. 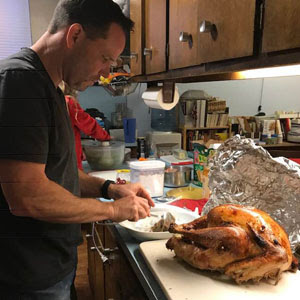 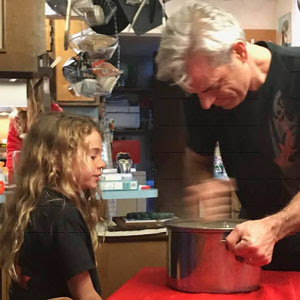 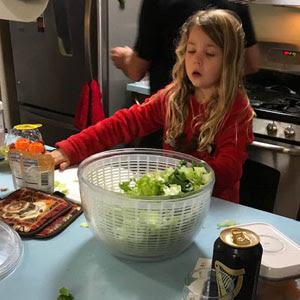 Everything turned out perfect.  It was even the best stuffing I've ever made (in my opinion--and I've been testing stuffings ever since my mother stopped making hers!) 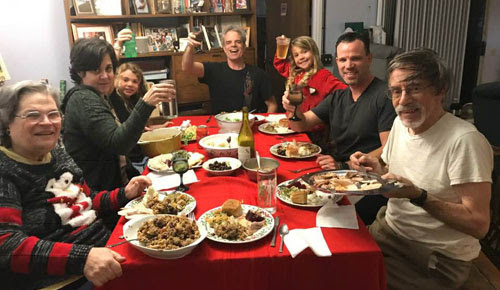 Between dinner and pumpkin pie, we opened presents.  Ned was Santa. 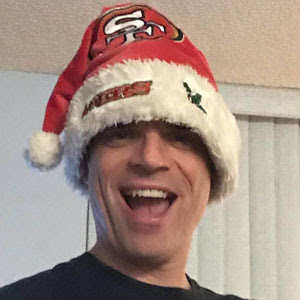 I think it's fair to say that the two most popular things in this house all weekend were the fart machines Ned gave each of  the girls, and my walker.  They had more fun pushing that things up and down the hall....and hiding the fart machine (an upgraded whoopie cushion that is remote controlled) under everyone.
It all went so well and Ned decided to spend the night in case there was a problem with either Walt or the girls, but we all slept well, visions of sugar plums dancing in our heads.
Posted by Bev Sykes at 5:10 PM

Email ThisBlogThis!Share to TwitterShare to FacebookShare to Pinterest
Labels: Christmas with Tom