I remember my last surgery.

I was 5 and had my tonsils out.  I remember staying overnight in the hospital and my mother bringing me Donald Duck comic books.  I know you are supposed to get lots of ice cream after such surgery, but I don't remember if I did or not.  Probably I did, though I suspect not the first day.

It's 70 years later and I'm about to have my second surgery.  This one will be significantly different, since it's a simple basal cell carcinoma removal from the bridge of my nose and will require not anesthetic, just an injection of a Novocain-like substance.  I will be awake through it all.

And there won't be any ice cream when it's over.

Nobody has any idea how long this is going to take.  The procedure (a MOHS procedure) involves shaving the affected area, then sending it to the lab to see if the margins are clear -- no cancer to be seen around the edges.  If the margins are not clear, I go back to do the thing all over again.  Wash, rinse, repeat until the margins are clear, which they tell me could, with all the waiting for lab results, be as long as 9 hours.  The benefit of this is that they know they got ALL the cancer, so no need for radiation or other post-op treatment.

Fortunately I have rigged up earphones for my iPhone (which did not have a built-in plug, amazingly) and have been listening to an audio book at night when Walt needs golf to put him to sleep.  So I have a book to listen to while waiting and, if the battery runs low, Ned can take it to a charging station and charge it up while I'm having my next procedure.

It all sounds very easy, and probably just boring.

But it's been 70+ years since I went "under the knife" and there are a few butterflies beginning to flutter around.

This will be a different event from Walt's 2 surgeries, where his sister drove up from Santa Barbara to be with him and his brother came from Petaluma and all were there with Ned and me to visit him before and after he had his surgery.

Not even Walt will be there tomorrow because there is no way he would want to be away from the bathroom and his supplies for up to 9 hours.  So it will just be Ned and me, which is kind of nice because I don't have to feel rude for reading and won't feel the need to participate in conversation. 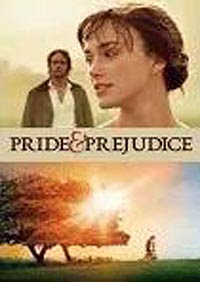 Jeri, silly, person ordered me a video from iTunes to have with me while trying to sleep, since I won't be able to read, I don't think (suspect it may be difficult to put my glasses on at first--hoping for impressive selfies).

What did she send me?  Pride and Prejudice, my sure-fire sleeping pill, as reliable a sleep inducing medication as golf is for Walt.
I have seen more golf in the last few weeks than I have in my entire life  Walt is snoring within 5 minutes of turning the golf channel on but I lie there unable to sleep and marveling at the expertise, not of the golfers, but of the cameramen who are able to follow a ball into the air and accurately onto the ground.

Other than Tiger Woods, whom everyone knows (and who rarely appears in these broadcasts) and Phil Mickelson, whom I recognize for his frequent commercials, nobody is familiar to me, either in name or in video.

But I watch and since the volume is so low I can't hear anything, I have learned absolutely nothing about golf except that the cameramen are miracle men.

And at least golf is better than elevator music at just barely audible levels.

I'll just be glad when it's all over tomorrow and am hoping I'll be able to figure out how to write a journal entry if I can't wear glasses (I've said it before--I can't find my glasses without my glasses!)  I won't exactly be blind, but reading it totally out of the question without glasses.

(I should just write an entry and post it anyway, so you can see how many errors I make these days, how many words run together, and how totally awful it is without editing!)

Ned and I went to see my mother.  I hadn't been back since Christmas eve, when she would not wake up.  Then, I just left the Christmas candy for her.  Today she was still sound asleep, snoring, and the candy unopened (Ned and I opened it).  We stayed for awhile, but it was clear she was not going to wake up so we left. 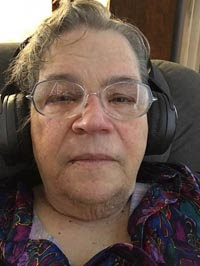 When we came home, Ned saved our marriage.

Now that Walt is spending so much time downstairs he is bothered even more than usual with the volume of the TV.  Even when I turn it down as low as I can hear it, it's still too loud for him.  My lowest point is 18...his is 6.  For decades this has not been an issue until lately when he's more vocal about it.

But Ned brought headphones that we tried and...voila! They work beautifully.  He can even mute the TV entirely and I can hear everything loud enough for me.  It may be a whole new world for us!

Now if i could just calm those butterflies....
Posted by Bev Sykes at 5:33 PM