I have been getting my hair cut at Supercuts for years. Maybe decades. I think I started when haircuts were $6. Now they're up to $13. The reason I have my hair cut there is that they are cheap and my semi curly hair has a mind of its own and pretty much does what it wants and looks the same all the time anyway. I'm not vain enough to do anything fancy with it, use "product" or anything. Just gimme the $13 special and I'm happy.

In all these years, I don't remember a bad haircut. I always give them the same instructions--to cut it about mid-ear length, to layer it and to leave the front long enough for bangs. I couldn't give a more complicated instruction to save my soul. I never learned about "hair" stuff.

The other thing about having my hair cut is that I'm blind as a bat when I take my glasses off, so I have to trust whoever it is who is cutting my hair. I can see my image in the mirror and I can see the cutting going on, but I can't tell what she is doing. I suppose I could tell if she shaved my head, but otherwise, I just have to trust that the combination of the hair cutter and my hair's insistence on doing what it wants all will be well.

It was a new person in Supercuts, but it seems that every time I go there it's a new person, so that was nothing unusual. I asked her how long she'd been there and she said two weeks.

We went through the usual instructions of mid-ear length, layer it, and leave the front long enough for bangs. I took off my glasses and she went to work. She asked a zillion questions--was this OK, did that look all right, did I want it like this. I said yes to everything, even though I couldn't see clearly enough to see what she was doing. I was, in fact, impressed with her because she was being so conscientious.

But after I'd paid and left and looked at myself closely, all I could think of was that I looked like I was wearing a German helmet, made out of wool. (I'm not sure why a "German" helmet came to mind, but it seemed to fit.)

Owell, I thought. When I wash it the curl will take over and it will look OK. Only it never did. Fortunately I'm not particularly vain about my hair or I would have gone around wearing a real hat (if I could find one that fit me--but that's another story).

After a week, I just wanted to have it fixed, but had to wait until it had grown out more. The more it grew, the worse it looked. What was worst of all was that it was straight. The curl seemed to be angry too and refuse to do anything but just grow straight and lie flat on my head. And long where it should have been short. It just got worse and worse. Walt started giggling when he looked at me.

This morning I went to the dentist and the hygenist looked at me and said "oh...you have a new hair do." I told her I was about to get rid of it today.

So after I had my good bill of health from the dental office, I went back to Supercuts. There was the same woman who had given me the Helmet Head. BUT, when my name was called, it was someone else who claimed me and I went off happily to her station. I confessed that my last cut had been THE worst haircut ever and told her, sotto voce, that it had been the other woman in the shop who had done it.

I also came prepared. When she asked what I wanted, I showed her a picture of a good hair day. 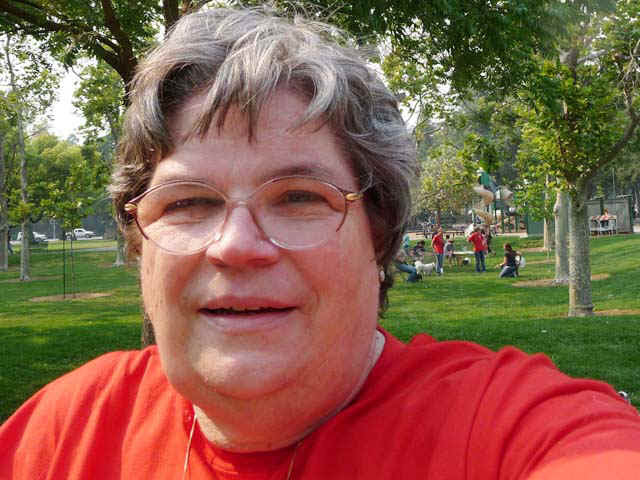 I took off my glasses and she set to work and I hoped that this time things would be better.

You never know for sure as you leave the shop, because hair is still wet, but when it dried, I was thrilled. "I" was back. My curl was back. Helmet Head was gone and I am a happy camper again. 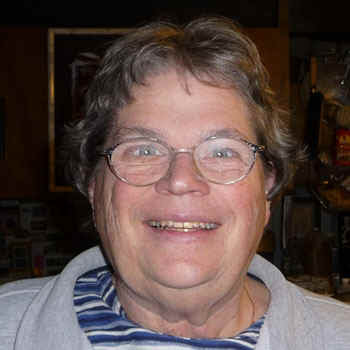 Email ThisBlogThis!Share to TwitterShare to FacebookShare to Pinterest
Labels: haircut

We go to Great Clips - same sort of thing - no appointments, etc. BUT, we always have the same lady cut our hair. We call to be sure she's there before we go, and we tell them when we check in that we'll wait until she's available. It's not unusual - other folks do it, too - both with her and with other "cutters". Glad you got back to your "real" hair.

I'm still going to the same (men's) barber I've been going to for the past 30 years. His rates have gone up, but not for me. (The sign in Ye Olde Barber Shoppe says you get a discount if you're entertaining.)

This hair is so bad that I need product and water just to get the look you get without trying.

I don't know why, but it seems there are never the same people when I go to Supercuts. I assume working conditions must be bad....and maybe my "bad cutter" was still there because she was so bad!