The Call of the Congo

I was an impressionable child. Maybe children in Catholic (or other religious) schools are more prone to impressionism. I remember that at the start of each school year, once we got to be old enough to understand, Sister Mary So-and-So would stand in front of the class, dramatically, and announce that sheknew that there were at least two people in the classroom whom God had called to the religious life and that those people had very special vocations.

We always assumed that S. was one of the special ones and would become a priest some day, because he just had that air about him and I'm sure God and the nuns were very surprised when he married, had children, and then left his wife for his boyfriend.

I didn't feel the calling, but knew that I should. I felt the responsibility to become a nun because...well, Sister said! 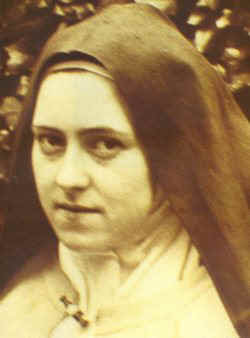 My conviction that I had a vocation and should join a religious order was strengthened when I read the biography of St. Therese of Lisieux, known as "The Little Flower." I read a lot of lives of the saints in those days and they were great propaganda pieces.

Therese entered the Carmelite monestary at age 15 and while if you do a Google search on her name, you will find that she was not the meek "little flower" that the biography written for impressionable young girls made her out to be, her story had a great imression on me and I decided I wanted to become a Carmelite, an idea that seems so silly now, as it is a cloistered order and there would have been no contact with the outside world and a contemplative life spent in prayer to save your immortal soul. Fortunately, the idea of being locked away forever became less appealling as I moved into my teens. I assume someone else is praying for your immortal soul...and mine too.

And then I saw The Nun's Story, with dear, luminous Audrey Hepburn joining a missionary order and going to work in a hospital in the Congo. Of course she fell under the influence of the worldly Dr. Fortunati, who felt she was wasting her talents by living within a convent. After an attack by an inmate in the mental health ward, Audrey realizes that she simply cannot live by the rule of obedience. She eventually returns home and leaves the convent (the movie made it seem like she had committed the worst sin by leaving). But her time in the Congo made its impression on me and I was next going to become a missionary nun.

I would become a teacher and teach little African children about God and I would Make a Difference.

I'm not sure when I gave up that idea and became enamored with the Daughters of Charity (think Sally Field flying over the rooftops...only her headpiece wasn't right--it was just more aerodynamically proper for her flying, I guess!). I set my sight on becoming a Daughter of Charity, the order that taught at my school. I almost made it. Had my trunk packed and my airplane ticket in hand and as I think I said recently, probably the idea that I was more concerned about how to do my own hair for 6 months and how to survive the heat of St. Louis in wool clothes than I was about anything else showed the depth of my vocation.

Obviously I never flew to St. Louis and I never became a nun or a sister or anything else. Instead, I became a mother to children, foreign students and dogs. So it seems rather ironic that in my later years, when I have no religious affiliation whatsoever, I have become so involved in Compassion, International, and religiously follow the stories of its sponsor tours to the regions that it serves. 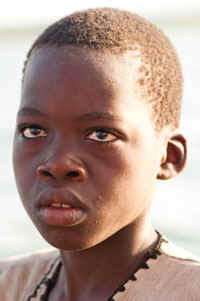 Right now there is a group of women in Ghana visiting the Compassion sites there and taking construction material for building a school in the jungle. They raised something like $30,000 through their church and internet appeal, and are there to get the school started. Their stories are inspiring and painful -- the other day they visited the site where children are taken into slavery and saw many of the young slaves. Their guides told them that they were not able to attempt to interfere on behalf of the children or the work that the guides are doing to free some of the young children from their masters would be destroyed. All they could do was to give them a kind word, hold their hand, maybe give them a candy and take pictures of their sad faces.

They earlier told the story of a 15 year old boy whose mother abandoned him at birth and whose father preferred the older brother, so moved out with the other child and the boy was left alone in his house, where he takes care of himself. His father brings him food, sometime (sometimes not). The women in this group gave him food, they hugged him, giving him the loving touch he has been denied most of his life. The stories and photos will rip your heart out.

I will never get to Africa. I will never teach children of the poorest areas in the world about a God whom I think exists, but am no longer sure. But those seeds that were sewn by the story of St. Therese and watching Audrey Hepburn at work in the Congo have lain dormant all these years and still continue to struggle to stay alive.

I am so glad to be "meeting" (at least through their blogs) about people who are actually doing the work I thought I was meant to do 60 years ago.
Posted by Bev Sykes at 12:02 AM

I never saw "The Nun's Story," but I read and enjoyed the book. (I must have been in high school at the time.)

Sure, it left unanswered questions, but they didn't bother me. I save those till I understand.

The one subject that still confuses me is cloisters and, particularly, recluses. If one person withdraws from the world in order to spend all the time praying, he or she is often named a saint. And I think, the people who bring the meals, clean linen, and so forth -- they are the real saints.

And finally, I think, this is none of my business.