After today, only two more of these left.  Doesn't seem possible.  The woman who alternates with Sandy was there today.  She is getting a bit more friendly, and I'm starting to like her more, which is nice.  We talked a lot about the ending of the store and what will happen on February 1.  Not my concern any more, of course.

I brought with me "The Geography of Bliss," the book I started at Logos months ago and never finished.  I had only one chapter left to go and was determined to finish it, so that was my goal for the day.

My first paying customer bought a book by Steinbeck (written during his war correspondent days), a photo book on lighthouses, and a children's book about the history of the Pilgrims. We talked about the Steinbeck museum in Salinas and I told him it had a special section for Steinbeck's war years.

An older couple came in looking for a book on sleep, and surprised that I couldn't look it up in the computer.  Once again I explained how you can't do that in a used book store, since at least 90% of the time (if not more) we only have one copy of each title.  They were new in town, he told me, and this was his first time in. The man sneered that Amazon was ruining the book business and we talked abut Borders and how most of the book stores left when Borders came to town. (Logos opened after Logos went out of business).

The next customer was a tall, delightful English woman wearing a long black coat and a bright knit tam on her head.  She was looking for books on embroidery and tells me that she makes embroidery kits to send to vets in VA hospitals, who are there for lengthy convalescence, so they have something to DO all day.  She also, she tells me, mucks out the stalls of horses at a ranch nearby which does horseback riding therapy for disabled kids.  We talked a bit about the book I was reading and after she bought a book on embroidery, she left saying she hoped that I find happiness.

A woman came in the door telling me that she had pushed the door when the sign on it said "pull" and smiled when I told her the door actually went both ways.  She didn't buy anything, but said that her back was bothering her and wouldn't let her walk far, so she was wandering around town.

An older man came in looking for a book for his pregnant daughter.  He wasn't sure what he wanted but found that beautiful photo book by Lennart Nilsson with photos of babies in utero at all stages of development. I told him that I had loved that book when I was pregnant and did not tell him that at some point I realized that most of those photos were probably of dead babies!  The book was originally published >40 years ago, but developing fetuses haven't changed much since then!

Two girls found a NY Times map puzzle.  One of those puzzles that you can have made of an aerial view of your neighborhood.  They wanted to know if I could open the box so they could see what the pieces looked like.  We discovered photo inside of "Cottage Circle" here in Davis and we spent time trying to orient ourselves as to where exactly it was.  Ultimately she didn't buy the puzzle.

FINISHED reading "The Geography of Bliss"

A very pleasant woman bought a copy of Plato's Republic.

A delightful very tall woman came in and bought a book of the biography of Isak Dineson.  We got to talking.  She's new to Davis, moved here for a teaching job and seems thrilled to be here.  She grew up in San Rafael (where my mother lived) but moved to the east bay and lived in several places there.  We reminisced about Moe's book store in Berkeley.

With my new cell phone, it is easier for me to connect with Twitter and I have been reading it periodically so I found that the Senate had voted to remove pre-existing conditions, kids on their parents' insurance, contraception coverage, and maternity care from the Affordable Care act.  I was physically sick to my stomach.  Then I watched the coverage of Obama giving Biden the Medal of Freedom and it brought me to tears.  How can we be losing these wonderful men and getting what we are getting....?

My friend came at 4:15 and bought a Dick Francis bargain book and a very thick history of MI-6.  I wondered if that came out of the new (unverified) allegations about Trump misconduct in Russia said to have been released by a former member of MI-6.

A rather odd couple bought a book of poetry by Gertrude Stein. 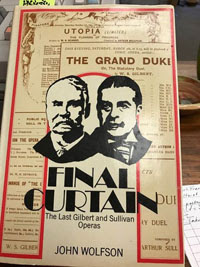 I was looking for something new to read and picked up one of the books on Gilbert & Sullivan that I had donated during the office purge. It's called "The last Curtain" and is an account of the writing of the duo's final two operettas, neither of which was successful. It's fascinating and I don't know why I hadn't read it before this.  I decided to take back my donation and brought it home again with me.

A slow moving barrel-chested guy wearing jeans and a hoodie over a sweatshirt sauntered in.  He had a beard like Walt's and he bought 2 bargain books.

A guy came in with a bag and a box of donations.  The box, he said, was very heavy and he took our handcart out to his car to move it inside.  "Some  really good novels this time," he said.
An oriental young man bought a science fiction book called something like "Quarantined-Catastrophe of the Earth" (that must not be its name because I can't find it on Amazon).  Anyway, all I could think of was that it sounded like a story of the impending Trump administration.

Walt arrived and we came home.  Tonight is Blacklist night, so a good night.  Ned called letting us know he and Marta are going to go up to Tahoe for the weekend.  He tells me he's giving me one task:  "turn off Rachel Maddow for the next four years." 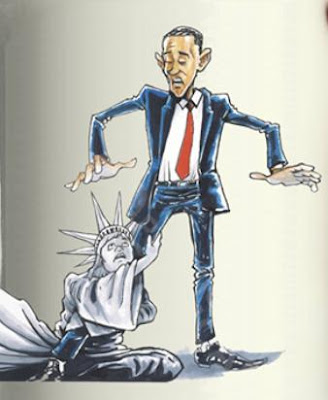