When we went into the town of Winters on Friday, we passed a house with a wonderful wrap-around porch.  How I miss our porch.

Our house in Oakland (which we left in 1973) had a lovely front porch.  Best part of it was that you could sit out there and greet your neighbors as they passed by.  We knew more people in the neighborhood there, I think, than we do here--and we lived there only about 4 years and have lived here more than 43 years.  All because of that porch.  It was a place that you could fence off so that toddlers could play and not wander out into the street and the new baby, whoever it was, could lie in a bassinette and get some fresh air.

I like our house here, but this is a neighborhood where the houses are built so that your life is lived to the back.  There were several house designs to choose from when we were meeting with the builder for this development, and we chose the only two story one, because it was the only one that had windows to the front of the house.  all the rest of them had windows that were high up, to let in light, but to keep out the prying eyes (I guess) of passers by.

I did a google search for "wrap-around porch" this morning and found this one which combines the two things I would love to have in a house. 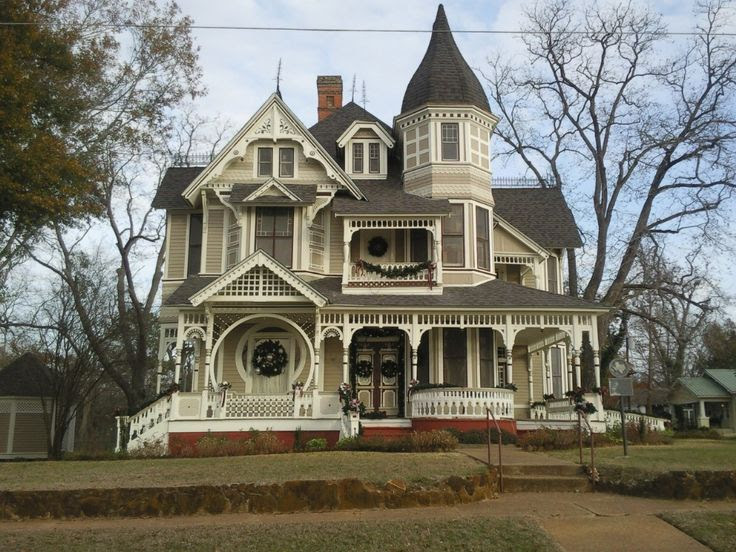 The other thing this house has, in addition to a porch, is a turret.  I have all of my life longed for a turret.  It would be this wonderful small room, filled with books and furniture that you could sink into and just lose yourself in a book.

I just love the look of this house.  Having grown up in San Francisco, there's something just wrong about a town that has no Victorian houses in it.

This house also has possibilities: 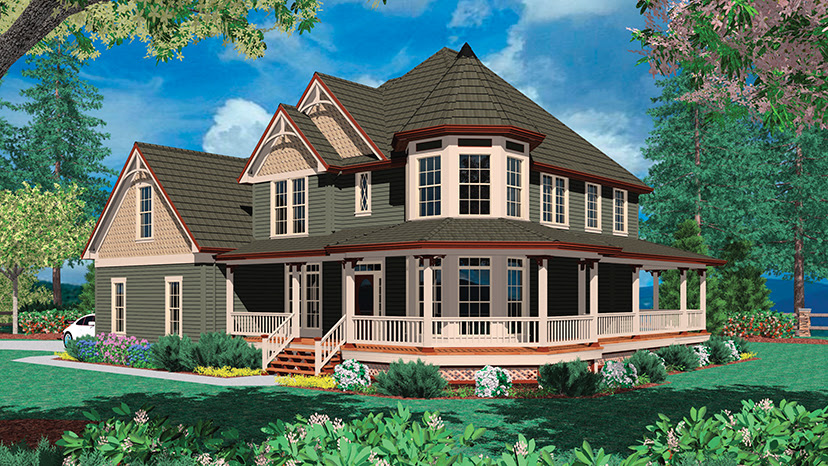 While not as unique as the Victorian, this does have a couple of advantages. The turret is more subtle, and not up quite so high, so not as many stairs for these complaining knees to climb.  And also, if you look to the back, it seems to be on the water.  It doesn't look like the ocean (which would make it perfect), but beggars can't be choosers and being on any body of water is appealing to this Aquarian.

Of course the only way either of these houses would work for us is if they came with a full staff to clean it, 'cause I'm certainly not going to.  I'm just going to hobble up the stairs, sink into a comfy chair, and lose myself in the turret room until time to go downstairs and sit on the porch and wave to the neighbors. 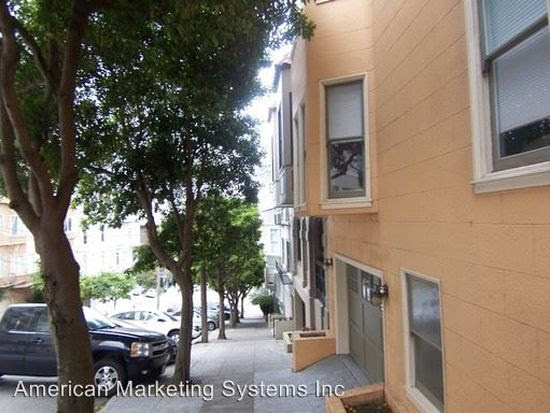 It looked quite different when I was living there.  There were no trees on the street, parking was parallel and there was no garage, it was a basement that had no access from the street.  But this is the house and like most of the houses in San Francisco, it had that wonderful window jutting out over the street where you could sit (there was a seat built into the window area) and look out onto the street.

In fact, one of my fondest...or at least strongest...memories is sitting in the window seat and watching cars struggle up the hill (you can't get a feel for the steepness in this picture, but it was one of the steeper hills in the City), especially when it was pouring rain.  The hill was intimidating for people in the best of weather, but in the rain it was absolutely terrifying.  Bill Cosby in one of his earliest albums, when we all still thought he was funny, had a bit about driving up a hill like that and finding a stop sign at the top.  That was our hill.  You take a deep breath. brave the steepness (in those days nobody had automatic transmission either) and then when you get to the top, there is a stop sign.  I saw many a car back all the way down the hill to find another way to get to the street at the top of the hill.

Our house now has windows onto the street, but no porch, and there is no turret.  I live my life in my cozy little office at the back of the house now, never see the world in front of the house, and don't really regret it, but if I were just starting out again...and if I were quite wealthy...I would definitely be shopping for a Victorian house with a big wrap-around porch, a nice turret to read in, and a body of water to look out on when I looked up from my book.
Posted by Bev Sykes at 3:36 AM

Email ThisBlogThis!Share to TwitterShare to FacebookShare to Pinterest
Labels: house

Wow, nice house. It has so much character. I would love to live in a house like that. It looks huge! I also fancy wrap around porches. There's nothing like drinking your coffee in the morning as the sun comes up. I grew up in San Francisco, too, that's funny. Small world, isn't it? I miss the culture and food.