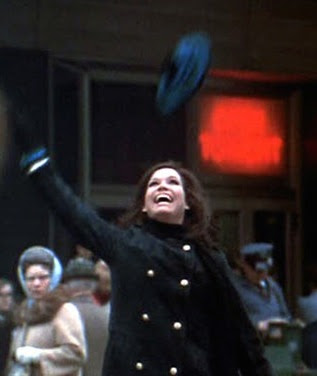 Who could turn the world on with her smile?
The smile is now gone, as it was just announced that Mary Tyler Moore has died.  What a huge part of our past she was!

Oprah has often said that The Mary Tyler Moore show was her inspiration and that, in some way, she owed her career to Moore.

However, I mostly remember her as Laura Petrie (not PEEtrie, as a news reporter said today) on The Dick Van Dyke Show.  It is still some of the funniest stuff on TV.  Char and I can still go into convulsions talking about the episode where Mary, who has been accused of snooping, opens a box that is delivered to her husband.  It is a rubber raft, which immediately inflates and there were more laughs over the scenes of her trying to figure out how to put the raft back into the small box. 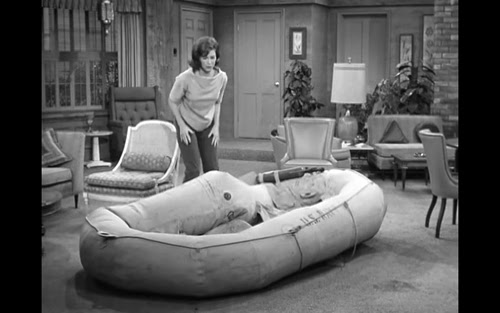 Another classic was the one about the walnuts .  Rob is having a nightmare, in which Danny Thomas is an alien from the planet Twylo.  It's like an invasion of the body snatchers and the way you know if your friends have been turned into aliens is they have eyes in back of their heads, they lose their sense of humor and their thumbs...and all they eat is walnuts. 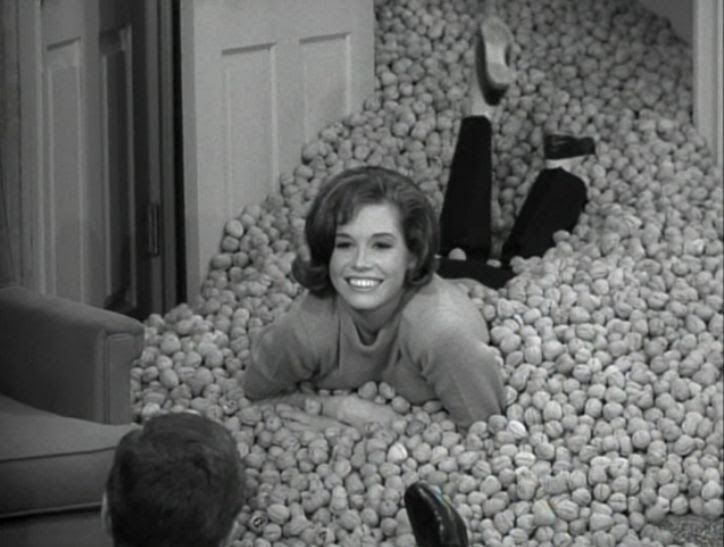 And who can forget the time Laura accidentally revealed on a talk show that host Alan Brady (Carl Reiner) was really bald. 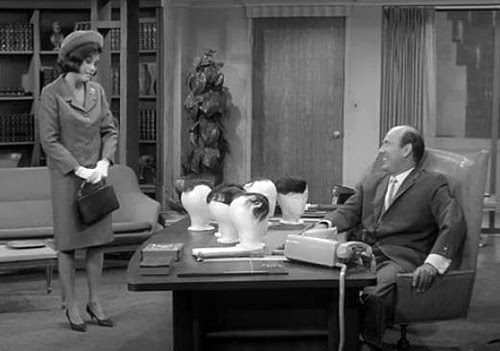 I always loved the episodes where the quartet of Van Dyke, Mary Tyler Moore, RoseMarie, and Morey Amsterdam did musical numbers, 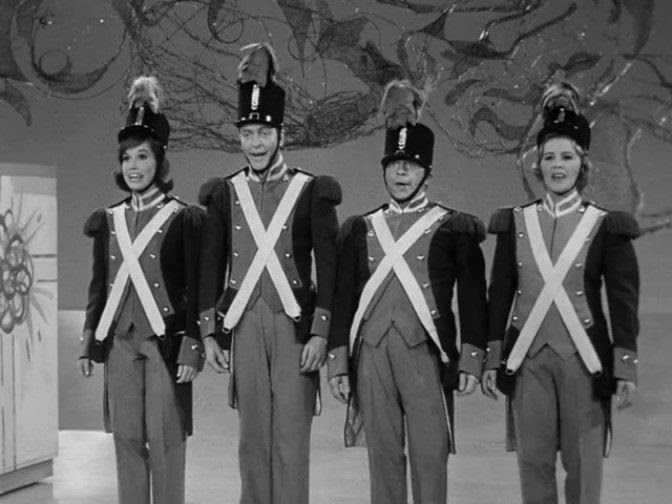 But I loved the new Mary Tyler Moore Show too, with its wonderful ensemble cast.  And who can forget the episode about the death of Chuckles the Clown?

Mary Tyler Moore always seemed to be such a genuinely nice person who really did turn the world on with her smile.  How glad I am that I was around to watch her in her hay day.
Posted by Bev Sykes at 5:09 AM

And before that she was the switchboard operator on Richard Diamond, Private Eye, and all you got was her voice and her legs. LOL