While the new president was busy raising the mortgage rates on FHA mortgage holders (which Obama lowered earlier this month) and passing out inauguration hats made in China while saying we were going to only have things made in the USA,  the women of America (and many of their male partners and friends) saw through his duplicity and took to the streets all over the country to protest this new administration.

If I were able to walk more than a couple of blocks, I might have gone to the march in Sacramento, but instead, I stayed home and followed my friends on Facebook. 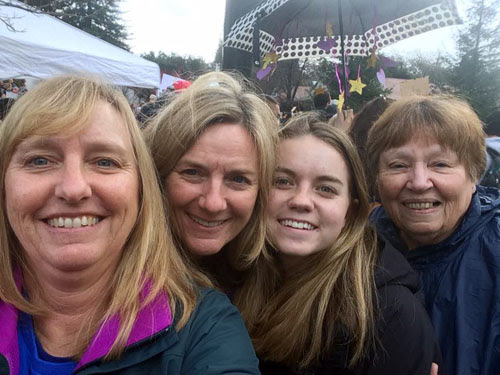 Char, 2 of her daughters, and her granddaughter
Walnut Creek, CA 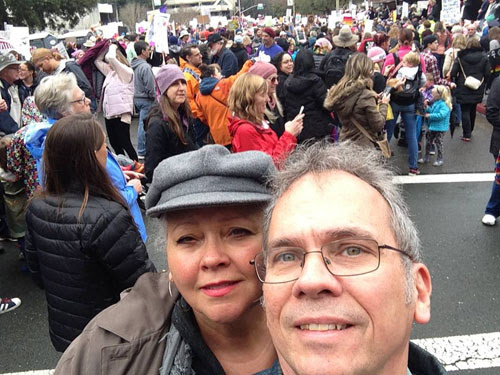 My colleague, Debra, editor of the Winters Express
marching in Sonoma, CA 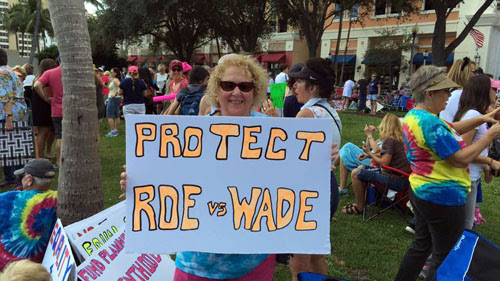 Suellyn is a friend we met on our Russia cruise
Not sure where she was marching.  Florida, I think. 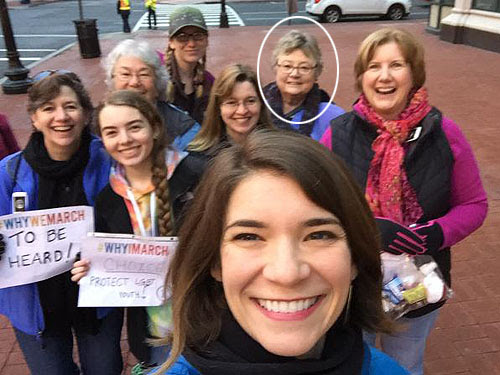 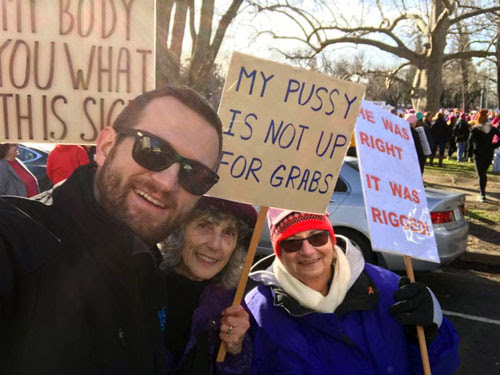 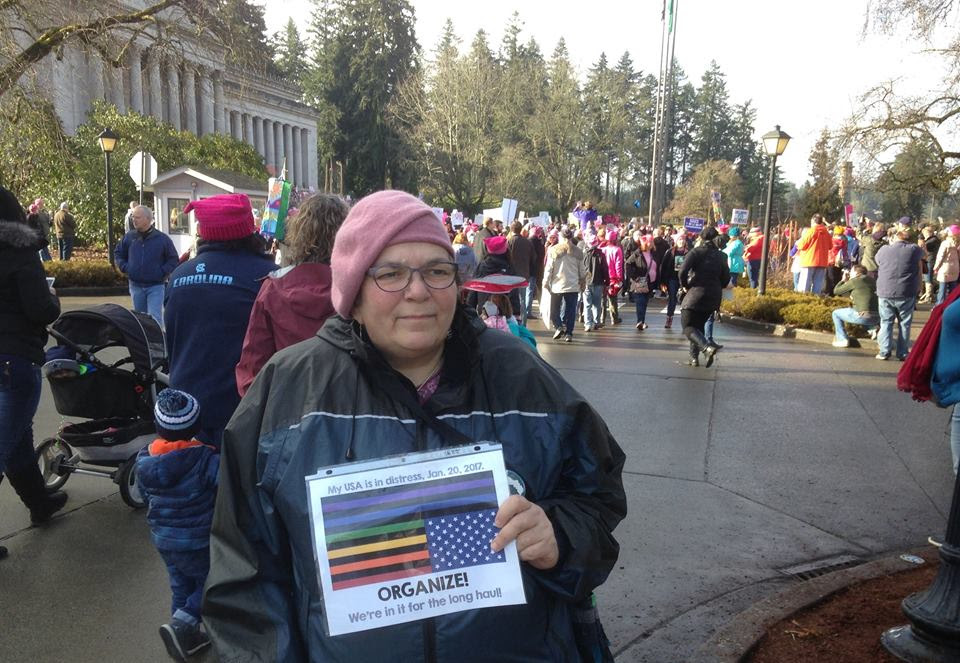 My friend Gabi, there with her husband Alec
Olympia, WA 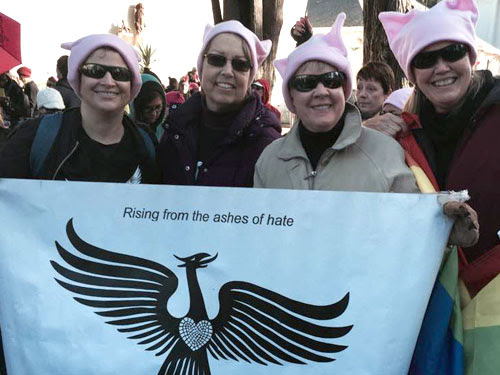 The two on the left are SPCA foster moms
Sacramento 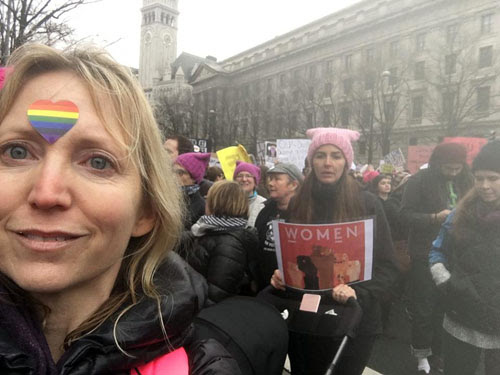 Ari is a Davis High graduate, friend of our kids
Has her own theater company in New York 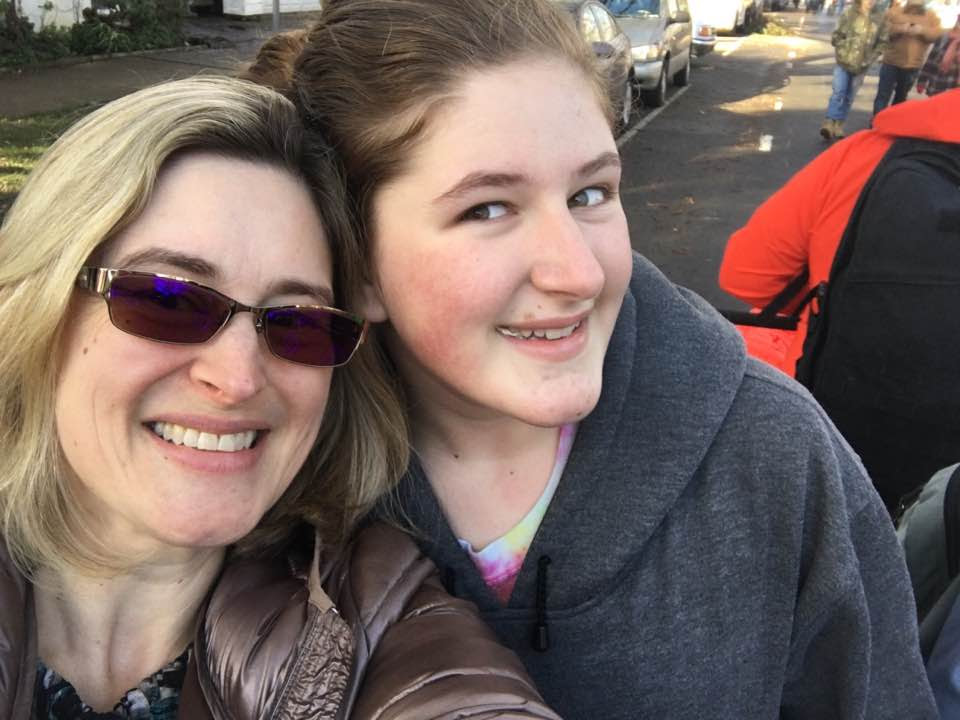 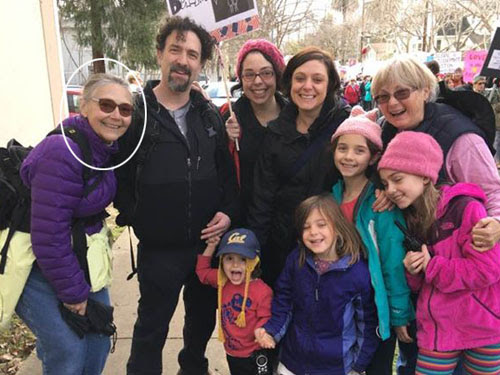 My Logos buddy Sandy and her family
Sacramento 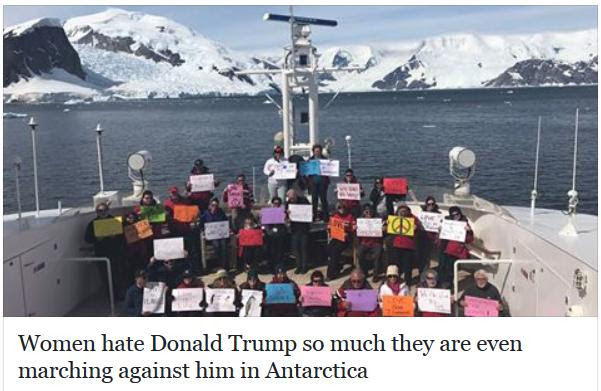 (Ned was also in Sacramento, but posted a video)

But then I came across this page, which shows photos of marches arund the world both here in this country and in....I stopped counting at 30 different countries in Europe, Asia and Africa.  (The photo from Oslo made me laugh, after watching all the ones that came before it).  I refer you to this page and please do look at all the photos...they are marvelous!

With all these protests, worldwide, Press Secretary Spicer came in and gave a blistering speech about the dishonest media distorting "the largest crowd ever for a presidential inauguration ever" visual evidence and Metro records notwithstanding  Never once mentioned the protests. 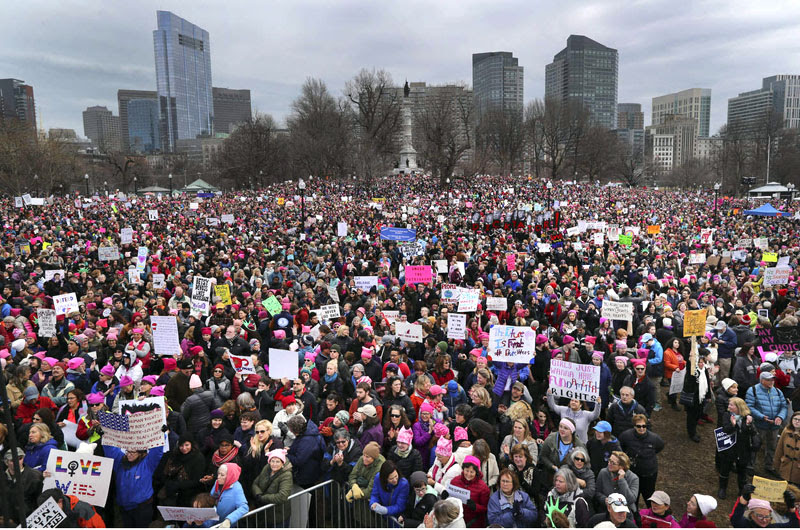 Photo of Jeri and Phil and their friends
Boston 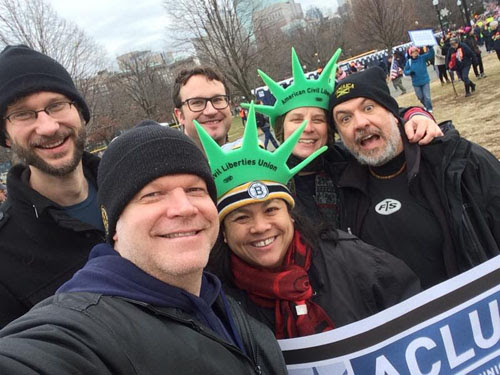 My granddaughter and spouse marched in D.C. John's niece-in-law and grand-niece marched in L.A. Call me proud!