Here is an on line quiz that actually does some good.

It's made by UNICEF and at the completion if you enter your e-mail address, it will donate 50 cents to the fund that helps bring clean sanitation facilities to children worldwide.  And in the process you will learn fun facts about pooping and shocking facts about how many people worldwide have no access to toileting facilities and what UNICEF is doing about it.

It only takes a couple of minutes to complete the test and heck, if you are reluctant to give out your e-mail address for fear it will add you to UNICEF's mailing list, create a dummy account.

And yeah, with all the scam we see on the internet, maybe the 50 cents it donates to UNICEF is as real as the millions you'll get from that Nigerian prince and his very large family, but I'd like to think that maybe it actually does add funds to the cause.

I became interested in the issue of worldwide sanitation when I saw an occasional stomach turning TV special about bathrooms worldwide.  I wish I could remember the name of it.  But I love how writing this journal sometimes teaches me so much.

In googling around trying to find the name of the video, I discovered that this very weekend, November 19, is "World Toilet Day," a day devoted to educating ourselves about this worldwide problem. 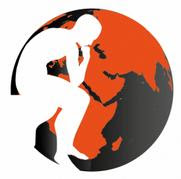 "The Sustainable Development Goals, launched in 2015, include a target to ensure everyone everywhere has access to toilets by 2030. This makes sanitation a global development priority."

There are some 2.4 billion people worldwide -- one-third of the population -- who have no clean toileting facilities, which causes massive health issues worldwide.

There are two specific things I remember from that video that affected me so profoundly.  One was people bathing in the Ganges, the sacred river in India, which is also the most polluted river in the world.

The other scene was the narrator of the program getting out of a ship and walking through a huge field of feces.  I don't know where it was, or even which country it was in (but perhaps it could be more than one country), where people just go out into the field and poop.  It was like walking through a whole field of mud. The stench was so overpowering that the narrator had a difficult time not vomiting just trying to make his way through the field.

It's not a subject we like to think about, here in our protected environment with our 2-1/2+ bath houses, but it is a growing problem.

It is a problem that affects women more strongly than it does men.  Women in the marketplaces in West and Central Africa voiced their concerns about the lack of sanitation facilities and the negative impact on their productivity, in particular during menstruation. Public toilets, even if available, are often unsanitary and poorly maintained. Without access to toilets, women and girls develop coping strategies: they eat and drink less, and have to defecate in the open, hiding wherever they can. They also stop working during menstruation. Women and girls may delay urination and defecation but it is not possible to stop menstrual flow. The lack of facilities also exacerbates anxiety and stress during menstruation and increases their vulnerability.  Women fear violence by men in public toilets and "open defecation sites."  (Think about that phrase when you next use the toilet and think of the people using "open defecation sites.")

Around a quarter of all workplaces did not have toilets in Cambodia, and around 14 percent of workplaces had inadequate toilets in the Philippines. In Vietnam, around 3 percent of health stations and 74 percent of marketplaces had no toilets. Assuming women employees were absent for one day a month due to a lack of WASH facilities during their menstrual period, the study estimates more than 15 million workday absences in the Philippines and Vietnam combined and corresponding economic losses of millions of dollars. 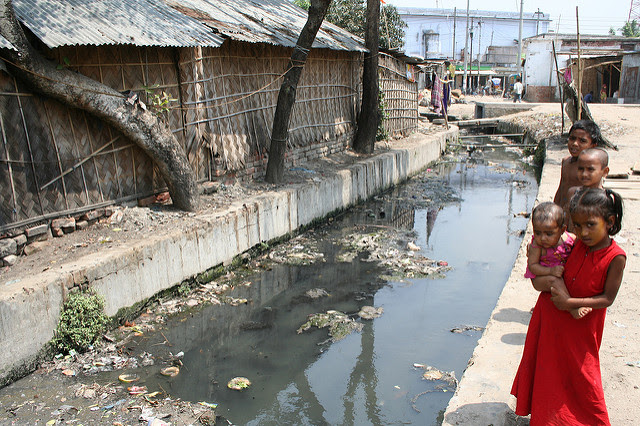 These kids are lucky.  They don't have to walk miles to get water, though their drinking and cooking water comes from the same place that they may use for toileting.

It is a huge problem and I really encourage people to do some reading about it.  To tell the truth, when I started to write this entry today, I had a completely different (somewhat lame) topic in mind, but when the quiz popped up (Freudian slip.  I originally typed "pooped up" !!) and I saw that it was serendipity that I was finding out about all this just two days before World Toilet Day, I knew I had to address it.
Posted by Bev Sykes at 6:06 AM

Email ThisBlogThis!Share to TwitterShare to FacebookShare to Pinterest
Labels: toilets