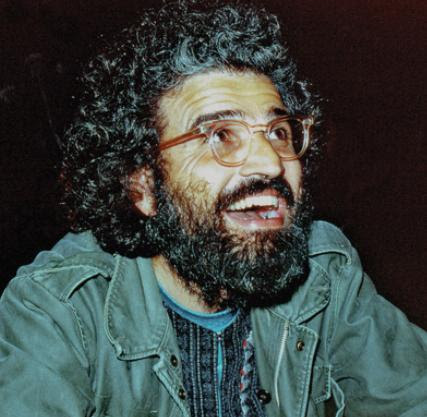 This is what he looked like the last time I saw him, when I was pregnant with Tom, in 1970..  I had been referred to him by my San Francisco dentist when I moved to Berkeley

He's the reason I stopped going to the dentist for more than 20 years.

He died last August and his obituary appeared in the San Francisco newspaper just this week.
We knew about his death, though.  All of his patients, even me, were notified.  I wasn't a current patient, of course, but when we moved to Davis, Walt continued driving 80 miles to see Herc twice a year.  It was his day in Berkeley and he combined it with lunch on Telegraph avenue, and a round of the book stores we used to haunt when we lived there.  When Herc retired, Walt kept going to the office because he liked the people and he liked his days in Berkeley.

Herc and I never got along.  For one thing, oddly enough he had halitosis and I hated it when he got close to my head.  This was before they started wearing mouth guards.  Maybe he didn't really have halitosis.  It seems odd that a dentist would have halitosis, but there was something about him that made me nauseated.

But he also was very firm about flossing.  The last time I saw him, he yelled at me for not flossing properly.  I was so rattled that I decided then and there that I would just stop going to the dentist.
So I didn't.  For more than 20 years, until I was convinced my teeth were ready to fall out (they weren't, but through no fault of mine!) and then made an appointment with my friend Cindy (with whom I had worked at a typing service for several years while she was getting her dental practice established.)  Herc may have changed my life for the worse by his bedside manner, but Cindy changed my life for the better by hers, and I have been a nice compliant patient ever since. 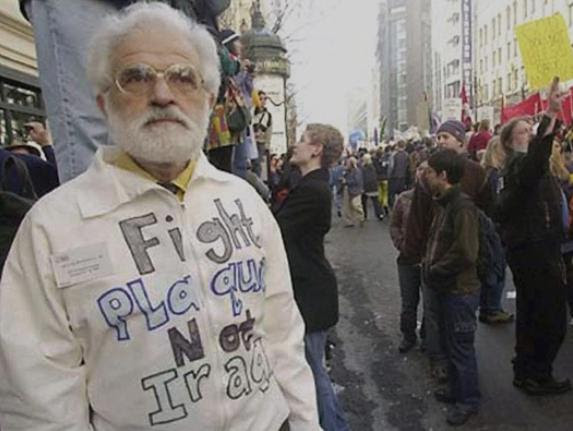 But Herc was a real character.  Very socially active.  He had a strong commitment to social causes (love his shirt here, "Fight plaque, not Iraq").  He was a member of Physicians for Social Responsibility and co-founded a free dental clinic in Berkeley, working at other free clinics in the Berkeley area.  He volunteered in Nepal, Africa, Mexico and Nicaragua.

He was Walt's kinda dentist.

I think about Herc whenever I sit down in the dental chair at Cindy's office and chat with my hygienist.  Judging from the notes left on his memory page on line, he had a host of grateful patients, friends and fans.  I just wasn't one of them.

And today we went to Kaiser to see her PCP.  As expected, the doctor went through all the notes from the ER and had nothing to suggest, but she did make an appointment for a neurological exam in Sacramento on Thursday (no Logos again this week)

I think we were both in a bad mood today.  We weren't grumpy or anything, but just not really in a mood to chat.  When I got to Atria, I found her sitting across from the dining room drinking coffee with another woman.  I think their being together was happenstance, rather than socialization.

My mother didn't understand why nobody told her she had a doctor's appointment and asked me about it many times on the ride there.  She doesn't understand why she doesn't remember being unconscious and has no memory of being in the emergency room.  This is a recording.

The appointment was otherwise uneventful, except she wet herself and didn't even realize it.  That was very sad.

Her PCP is also mine and she was very happy to know that I was finally going get my lab work done, while I was there.  My own brain was off somewhere too when I walked up to the counter at the lab and said I was there for a mammogram.  Now, I am overdue for a mammogram, but I hadn't even thought about it until it fell out of my mouth at the check in desk.  So I've had a mammogram and I'm good for the next 2-3 years, the tech tells me. 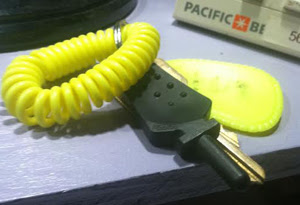 We had a minor potential disaster.  The keys to all the apartments at Atria are on these stretchable key chains, which everyone wears on their wrist.  We have had far too many cases of my mother losing her keys, which she usually keeps in the kitchen, but they have been found in her purse (which is stored in a different place each time), at the front desk, in the linen closet, and even once inside the grandmother clock!  I was happy to see she was wearing it on her wrist, where it should be, when I picked her up.  She had it on her wrist when we were in the exam room and when I got out of the mammogram room, she didn't have it.  She didn't even know what it looked like and didn't remember ever having it.  I took her purse and looked through it, but no keys.  I asked her to check her jacket pockets and she didn't know what she was checking for, but the pockets were empty.  I checked the purse again.  Twice.  I was about ready to go back to the exam room to see if she had dropped it somewhere, when I found she had pushed it up her arm so that it as around her bicep instead of her wrist.  Crisis averted.

But it did identify her as an Atria resident, and the woman sitting in the wheelchair in the waiting room recognized her as a fellow resident with whom she has had lunch several times.  So she took care of her while I had my blood work done.

I had hit the wall.

Tomorrow I have lunch with my friend Kathy, unless my mother decides to pass out again.
Posted by Bev Sykes at 12:42 AM