All's Right with the World

I am home!  I am home!  I am sitting at my own desktop computer and have spent the last couple of hours getting all the Santa Barbara entries up on Funny the World and life can continue as before
I discovered that though I had told DCN, my personal email server :) to forward all my mail to my Google account, it did not and have still have nearly 400 emails to go through to find the one or two actual personal emails written to me  I really should count exactly how many of these emails tell me that for $1 or $2 or $3 I can make sure that Hillary is elected.  But that is entirely too much work.

[I just went thru the emails and there were 383 emails and NONE was a personal message to me!!!]

Anyway, last night was not good.  I simply could not get to sleep.  I started on one couch, then moved to the recliner, then moved to the other couch.  The previous nights I had kept the TV on and I think that lulled me to sleep, like it does at home, but Alice Nan was back and I didn't want to disturb her, so turned it off.  Whether than had an effect on my ability or not, I don't know.

But I finally got up around 5, I guess and had some breakfast and then fought with the computer, which was doing all sorts of weird things, so I finally shut it down.  I had not touched it in a year, and it may be another year before I touch it again.

Alice Nan got up and we started chatting.  I had been alone in her house for a week and she had been out of touch with all that the grandkids were doing, as well as other things, and we were having a lovely chat when I checked the time and discovered it was nearly noon!!!  I sent a note to Walt saying "Hour-Baur-ing.  Leaving now," referring the phenomenon of the Sykes family to be unable to say goodbye without standing around for an hour or more.  I have teased them about this for decades and here I was doing the same thing.  But we were having such a good time getting caught up.

But the problem was that I had an 8 hour drive ahead of me on very little sleep.  I had hoped to get home before dark (because I have started hating to drive at night) and it was now going to be impossible to achieve that goal.

I packed up, almost forgetting my toiletries and all the cords to electronic gear, but fortunately I did remember in time. And off I set for Davis.

For once the timing was right and I was rolling into San Luis Obispo around 1:30 and decided to go to one of my favorite restaurants, The Apple Farm. 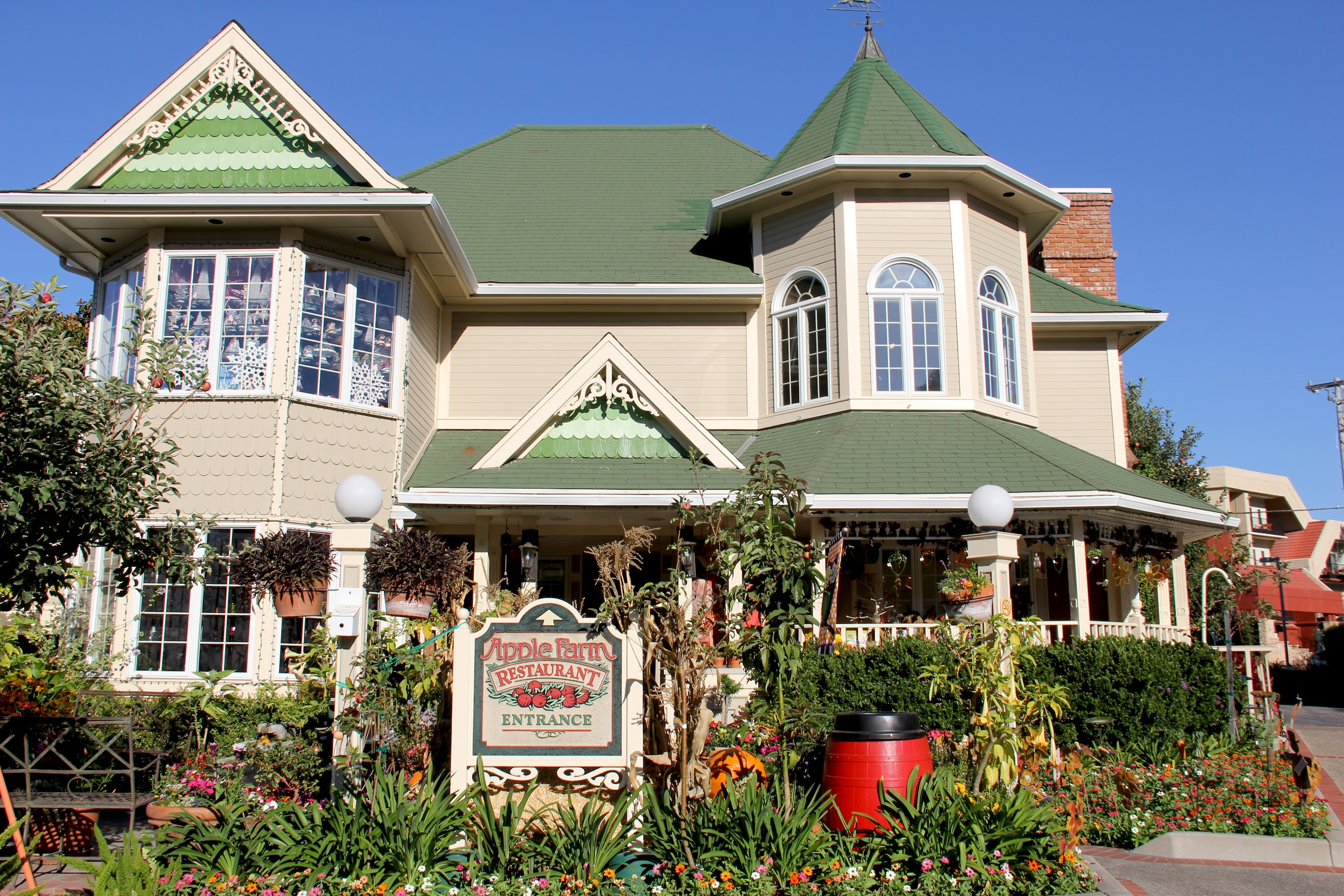 It's a little kitschy place that is a hotel and restaurant and it's full of all sorts of cutesy gee-gaws, gingham and lace and little pottery thingies, with a beautiful garden everywhere.  Nothing I would buy, but fun to look at.  They also have a lovely bakery (which I also didn't patronize) but I did go in and get some fabulous fish 'n' chips 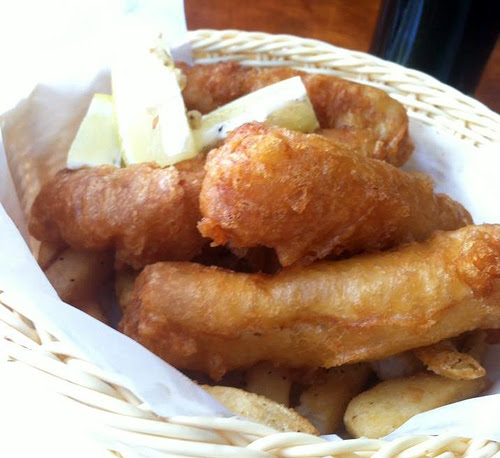 It was significantly larger than I expected, but so good I ate it all.

Then only 5-6 hours to go.  I cut off from Hwy 101 to I-5, taking a road that takes about an hour to drive and by the time I reached I-5, having gone through the road that was boring (because there is nothing but dead grass to see) and harrowing (because of the big trucks and narrow road, I was already fighting sleep, so I stopped at Kettleman City, where there is a fast haven , with every fast food joint you can imagine in what looks almost like a small town.

I got a medium diet Coke and then got back on the road again.  But I was still struggling.  Fortunately along this section of the drive, there are rest stops about every 20-40 miles apart and I stopped at each one.

When I got to Santa Nella, I was ready to hit the restroom at Pea Soup Anderson's, where we sometimes stop for lunch or dinner. 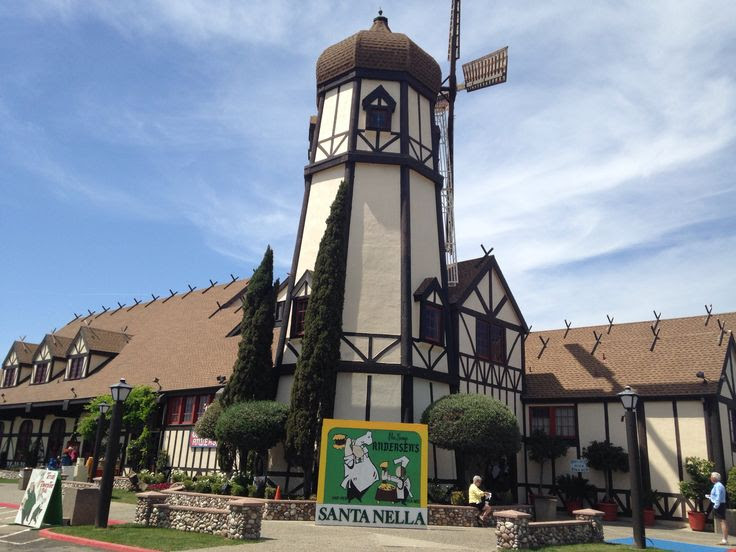 I wasn't going to get anything top eat, but I was looking for postcards ... I am participating in a post card scavenger hunt and needed one of a California map and one of a national park.  So far I had not been successful, but I figured that Pea Soup Anderson's would be a good place to try and it was a gold mine. I found several gorgeous Yosemite post cards and two or three different California map cards, so I'm all set.

By now the sun was starting to set and it was dark about the time I reached my least favorite part of the drive.  It hate in the daytime and I REALLY hate it at night.  But it's about an hour to an hour and a half long, filled with huge trucks, and the only thing keeping me going was that at the end of it, there would be home and the dogs and a computer that would do what I want it to do and a television that I could actually understand.  I thought I was just going to collapse and do all of this catch-up work in the morning, but once I sat down here at the computer, I couldn't get up until I had finished -- about 2 hours now.

But I'm all caught up and now I'm going to see if I can get caught up on sleep too.  It sure was a fun week and I'm so glad I had the time to spend with everyone....and even that I had an Hour Baur with Alice Nan.
Posted by Bev Sykes at 2:32 AM