This is a phrase which you will never hear from Bri. For one thing, I don't know that she has encountered the word, for another, there is nothing so large or so small that does not fascinate her, whether it is an olive fallen off a tree, how a bouncy house is built, what happens to water and hay when you jump in a bouncy house or why there is gristle in meat.

When do children lose that wonder and excitement? It's difficult to think of her as a teenager complaining that she is bored and that there is nothing to do.

Today we met Laurel and the girls at the Earl Warren Showgrounds and we visited the "bouncy houses," a group of big air-filled structures made for climbing, sliding and bouncing. Brianna arrived with her tiger costume (not her Halloween costume, she was quick to inform me) and Mom helped her put on makeup. She was very cute. 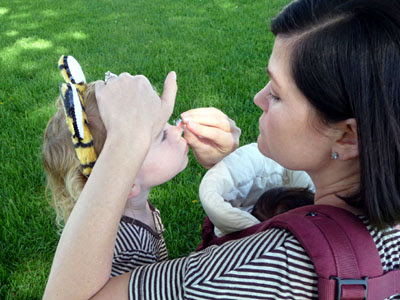 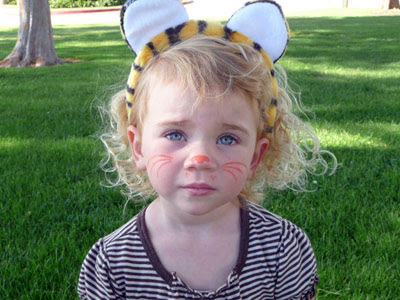 Then we spent about 2 hours following Bri around through all the bouncy houses, watching, helping, carrying her shoes, etc. 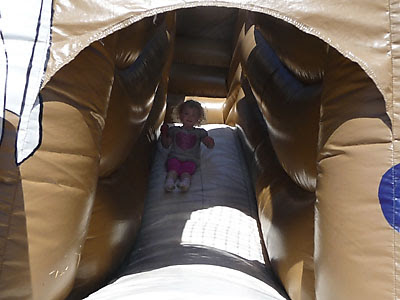 The structure below was particularly interesting. 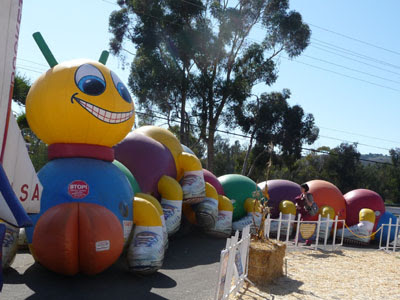 You enter and exit the bug through that orange piece in front. Watching Bri sliding out through the slit made me think of being born again! 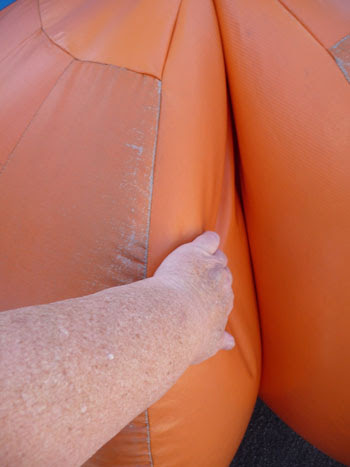 Tom had said that after the bouncy house fun, it would be nap time. What he didn't say was that it would be Walt and me who needed the naps. I walked in the door of Alice Nan's house, went directly to the couch and slept for an hour and a half!

Later in the evening we went to Tom and Laurel's for dinner. It was Lacie's "awake time" so we had fun watching her looking around this strange new world she is trying to figure out. 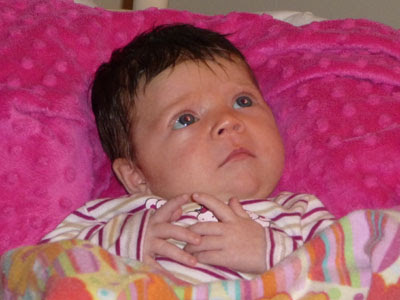 She definitely knows her parents and follows them with her eyes when they move around. She also smiles and had a good chat with Daddy. 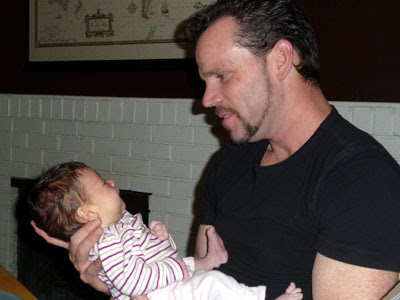 We all enjoyed the pot roast Tom had made and then Walt and I left when it was time for Bri to go to bed. 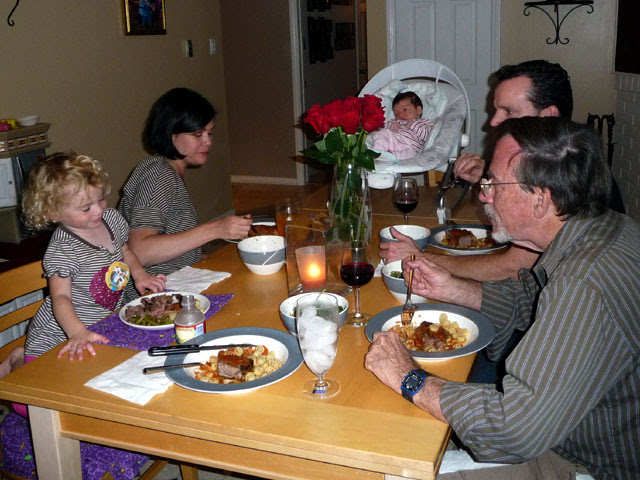 All things considered, a fun day spent with the grandkids! 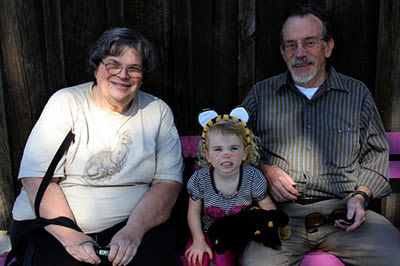 a real happines, isnt it?
i know:)

I am waiting to meet my 3rd grandchild due in feb . Im so excited . I just hope I am well enough to make a trip .

What a cute "kitty"! I think of them as little sponges, ready to absorb whatever we can give them.

Strange you should mention boredom. My U.D. was looking around the room yesterday, saying, "look at all those books. How could anyone be bored? ... Y'know, I don't think any of us ever said we were."

What a wonderful day with those little sponges (as Harriet said).

What cute pictures! My daughter LOVES bounce houses! They are always good for tiring out kids! LOL

Lisa
P.S. Thanks for stopping by and linking up to the Getting to Know You Blog Hop!

Hi, I followed you home and smiled all the way through this post. That was one very cute tiger.