So we all saw it...or probably most of us did.  Senator Elizabeth Warren stood in the Senate and attempted to read a letter about Jeff Sessions from Coretta Scott King, written when he was under consideration for a federal judgeship.  Following her letter, he was denied that post.  Warren felt that it was important to read it into the record during the discussion of Sessions becoming Secretary of State.

But Mitch McConnell objected and Warren was censured.  McConnell invoked the rarely used Senate Rule 19, stating that she had imputed the integrity of a fellow Senator and she was silenced for the rest of the discussion on Sessions' candidacy.

That made me furious.

But then this morning I woke up and discovered that Tom Udall, Sherrod Brown,  Bernie Sanders, and Jeff Markley, all Democratic senators, also read Mrs. King's letter into the record without censure or apparent complaint from anyone.  Yet Senator Warren is still forbidden to speak again on Session's candidacy.

King's letter was written in 1986 in opposition to Sessions' appointment as a federal judge in Alabama. In the letter, King criticized Sessions' record on voting rights, saying the Voting Rights Act "was, and still is, vitally important to the future of democracy in the United States."

"The irony of Mr. Sessions' nomination is that, if confirmed, he will be given life tenure for doing with a federal prosecution what the local sheriffs accomplished twenty years ago with clubs and cattle prods," King continued.

The Democratic lawmakers expressed outrage that King's letter could not be read.  McConnell said the other senators were not censured because they hadn't preceded the reading with comments against Sessions.

Undaunted, Warren went on Facebook and read the letter anyway (and probably got more people hearing it than she would have if she had read it within the Senate)
Rather than sit and stew all day, I put on a Grey's Anatomy marathon and made a pocket letter  I haven't done a pocket letter in a couple of months now and this particular one, with a music theme, was overdue, so I needed to finish it all in one day.

To do that, I had to first clean off the work station part of my desk. but then putting the pocket letter together actually went pretty smoothly, if it took several hours. 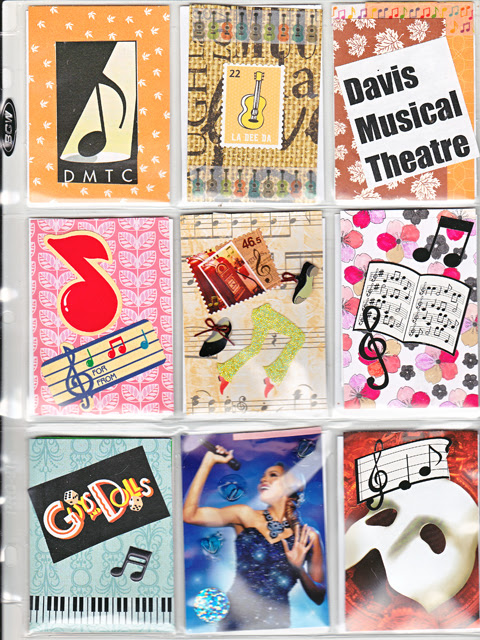 I had hoped to get this into the mail today, but then I realized that each of the pockets needed to have a little "gift" in it..  By the time I got all the pockets filled, the mailman had come and gone.  But it will go out tomorrow.  But it's done.

Just in time for Chris Matthews, Chris Hayes and Rachel Maddow.  Talking about disheartened and demoralized.
It was the day our Blue Apron box arrives.  Always a fun voyage of discovery to open the box and find the list of 3 meals included inside the box.

They pack things so well with big blocks of ice that the meats come half frozen, so Wednesday is not the day to cook a Blue Apron meal.

Instead, I pulled out my wonderful new copper pan

The grandkids gave it to me for Christmas and I just love it.  Last night I made some great short ribs and then made a batch of Red Lobster biscuits.  Someone had told me that Costco sold a mix that tasted just like the real thing.  She was right...they were delicious, and the perfect complement to the short ribs.
Posted by Bev Sykes at 10:03 AM