I had not had a completely sleepless night in years...maybe not in decades, but last night I simply could. not. sleep.  I finally dozed off at 7 and slept a couple of hours,  but it was going to be a weird day.

At 1 I had an appointment with the dental hygienist.   I found myself limp and nearly fell asleep while she was cleaning my teeth.  I was so sleepy that I had my cell phone in my pocket thinking of taking a selfie and never thought of it.  I was mesmerized by the posters of fruit on the ceiling, centering in on that ghastly durian featured so prominently.

But after the dentist, I went off to the Dollar Store to see about getting Valentine stuff for Benny and realized that this could be an expensive project. I have so much crap for Benny.

I have Valentine's crap, St. Patrick's Day crap, misc crap including hats and sunglasses (they have enough that would please even Elton John), things to sit on, things to wear, party favors, a glass with hearts on it, floral arrangement, and then an assortment of things to send to the girls with their weekly letter.

There was just a plethora of things from which to choose! 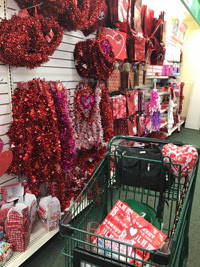 I had a great time and since it was the Dollar Store, it didn't cost nearly as much as I thought it was going to when I unloaded the cart at the check out counter.

Best thing was that it sparked my creative gene pushing that cart around the store, thinking ahead to upcoming holidays and things I could do between holidays.  I left a lot of things behind (too soon to shop for Easter) and raced home to see how I could dress Benny for Valentine's day, which will be the next letter for the girls.

(I also just realized I have started collecting a bunch of cheap used-once junk and...where will I keep it? I finally figured out a use for all of those Blue Apron boxes Walt has been piling up to use "sometime")

I liked what I did for the next Benny letter, though I didn't use everything I bought (a head start for next year!).

Who knows how long this is going to last, but now, in the infancy of the project.

Nicest thing, though, is that it has inspired a letter from Brianna.  She is writing so well now and crafted a really good letter.  She said that maybe she and "Gasper" could send me photos too.  I had to write to Tom to find out who Gasper is. 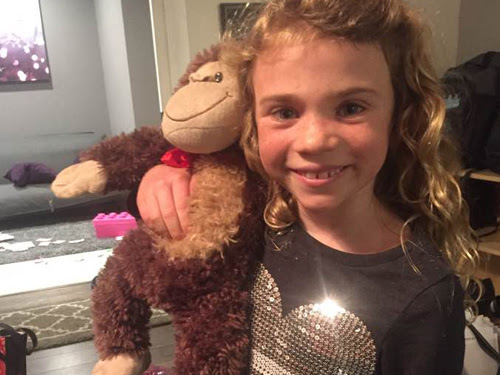 I loved her letter where she told me about a visit to an ostrich farm and then told me she had finished reading all the Harry Potter books and was now reading the Narnia books and then I had to laugh when she asked if I was reading a series or not.  Essentially she was saying "read any good books lately?"

This just feels like such a good project to have started!

The whole thing is because of my cousin Kathy.  When her firstborn grandson was born, he lived (and still does) in Iowa and she saw him rarely, but she wanted him to grow up having a relationship with her, so she started writing him letters.  The difference is she never heard whether he got or liked the letters at all.  Every time I see a photo of her grandson on Facebook and especially his sister, who was born shortly before Kathy died, it makes me very sad for what she has missed.

Brianna and Lacie won't forget who I am! 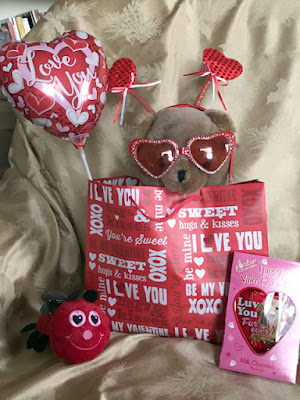