I couldn't help it.  I needed to document that weird peyronie's disease commercial.  This is what you first see on the screen. 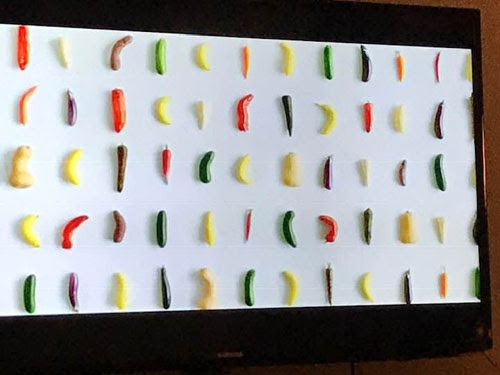 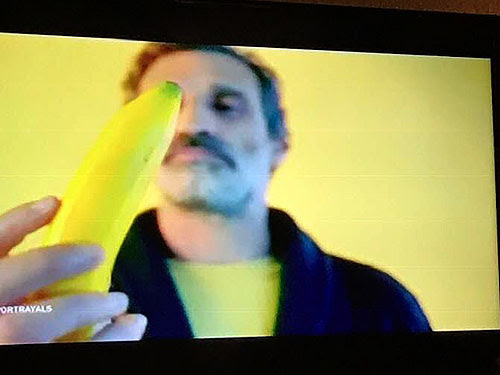 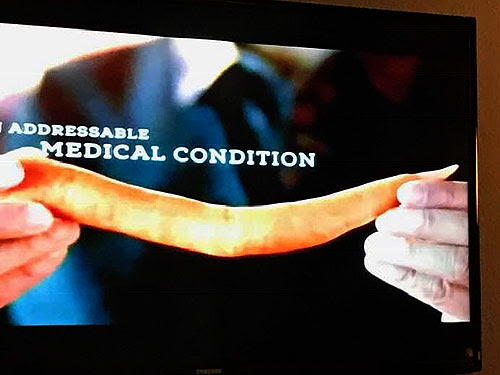 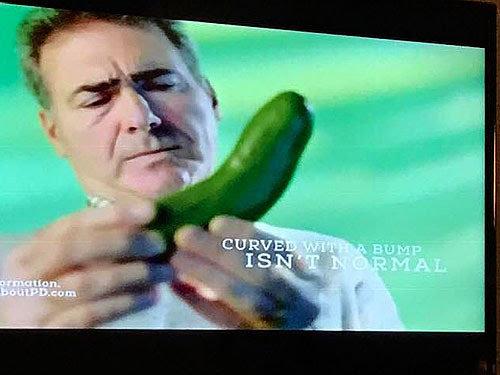 And then the message during which the word "erection" is used more times than you want if you're sitting and watching a TV show with your young son!

Just amazed that this commercial is on today, given that we all thought it so racy when the erectile dysfunction commercials first aired, especially the one that still boggles my mind, of the two people sitting side by side in bathtubs on the edge of a cliff .... no clothes in sight and if the ED is helped by the medication, what do the two people do?

Things to think about in the middle of the night during breaks in the golf coverage.
Posted by Bev Sykes at 11:10 PM

Email ThisBlogThis!Share to TwitterShare to FacebookShare to Pinterest
Labels: peyronie