Marie Kondo, the Japanese organizer, is all the rage these days.  She wrote the book, “The Life-Changing Magic of Tidying Up: The Japanese Art of Decluttering and Organizing."  This was obviously not a book I was going to rush out to get, though I see people all over the internet who are trying her suggestions.

If you want an idea of how popular she has become use Google images to find Japanese cleaning method.  The pictures go on for days.

I don't care how good she is, there is little chance that she can turn this 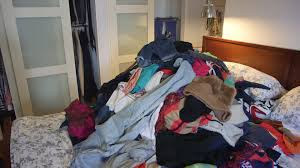 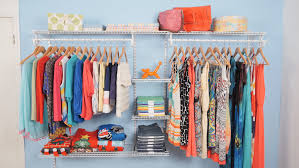 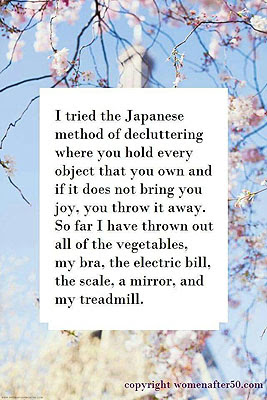 But as with all the Google adventures I go on, this one led me to something pretty interesting.  The article is called "Ear Cleaning and Romance" and comes with this photo.  (You might want to scroll quickly past the picture of ear wax--but do read about the different types of ear wax in different ethnicities.  Fascinating!) 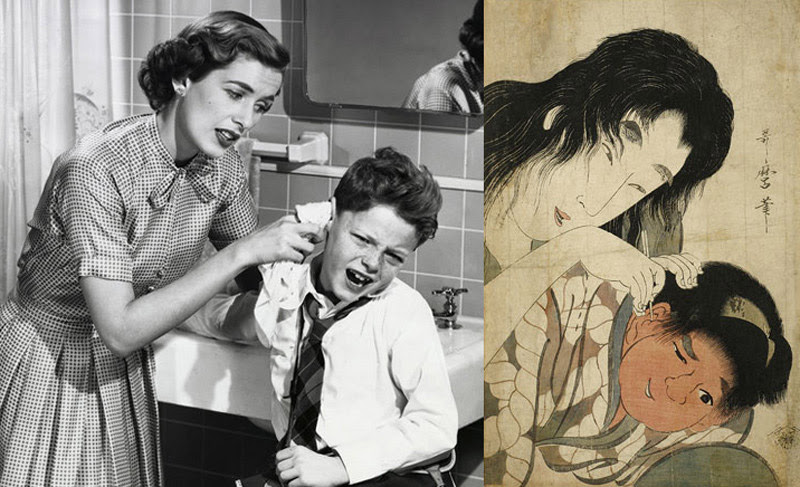 Apparently in Japan boys find it so comforting to have their mothers clean their ears (you'll have to read the methods) that when they are adults, it becomes romantic to have a lover perform the same grooming.

When the Japanese government… (made) medical licenses unnecessary for ear cleaners, a new type of business sprung up in Tokyo and other big cities: ear-cleaning parlors, which now number in the hundreds.” Mr. Krieger purchased the hospitality of a “kimono-clad young woman,” tea, conversation, and the intimacy of a private ear cleaning for about $30.

Women with waxy build-up need not fret. “Though most Japanese ear-cleaning parlors cater more to men who may long for the maternal tenderness of their childhood, female-oriented salons have been appearing.”

However, I hadn't intended to write about ear cleaning, ear wax, or even, actually Kon Mari cleaning.  I just wanted to mention that I started cleaning my office (again).  I didn't dream of making it anywhere near anything that Marie Kondo would smile at, but it started because it was looking for a very small notebook someone had sent me, and trying to find it under the piles of papers on my work desk.

Several hours later, I actually found it and through my usual method of moving piles to different locations, while actually throwing some stuff away, I ended up with a box of things  that have to be put in other locations....but that requires cleaning out other places and I wasn't up to that tonight.  And my large paper garbage can is half full so I consider that a day well spent.

Sadly, the OTHER thing I was looking for -- my paper cutter -- didn't show up, though I was certain it was in all that clutter.  Now I have to figure out where else to look.

Already the nice clean work table I cleared away is starting to fill up.  I give it two more days (at most) before you'll be able to tell that I did any cleaning in here at all.
Posted by Bev Sykes at 11:06 PM