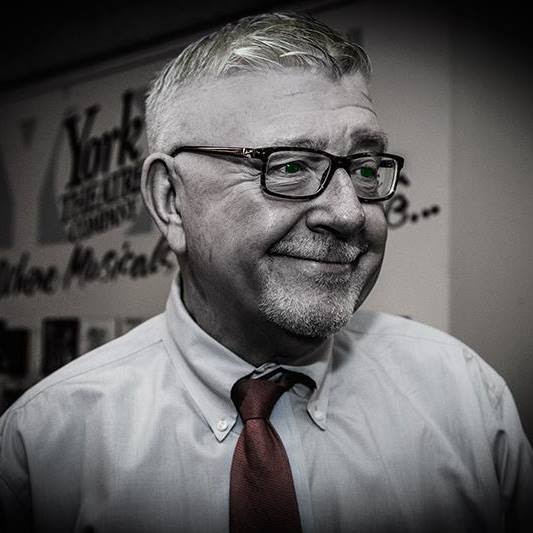 This was my big brother, Ron Clough, whom I learned in shock this evening, died of cancer yesterday.

Ron and I became friends through CompuServe.  He was house sitting for our mutual friend David and was lonely all by himself in the house so we started having long computer chats.  Our friendship evolved over many years to where I considered him a big brother. 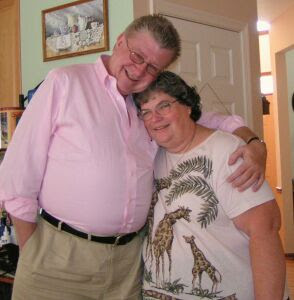 I don't remember when we first met face to face, but I remember that he came to New Jersey when I was there with a group of altered books friends and we went out for a drive around places special to him and he took me to lunch

He came to San Francisco once to see Lawsuit concert and go with me to a Lamplighters gala.

We had our good times and our bad times.  I talked here on FTW last month about going to visit him in May of 1996 and being at his house, waiting for a bunch of Compuserve friends to come so he could introduce me to them, since I knew them from internet discussions.  Ron planned a gala party and then, right after I took this picture we had the call from Ned telling us that David had been in an auto accident and was not going to live. 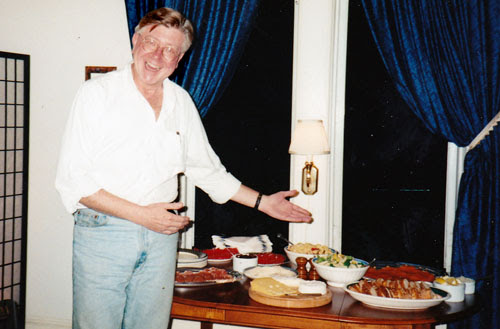 We had a terrible time after David's death, caused mostly by Ron's alcoholism, but when he decided to join AA and get sober, we made up.

That first year of sobriety, he, who had lived the high life in a fancy New York apartment, was living in his brother's basement since he had no job.  For Christmas that year, I sent him an advent package, 25 little packages of silly things with accompanying notes.  He had to open one each day.  It was just a silly thing but I knew it would be a difficult holiday for him and thought it might help keep him from drinking.  He told me many times later that it as the best thing anybody had done for him in  long time

I'm not sure when he met George  All he wanted was to have a family life and when he and George fell in love, I was so very happy for him.  I didn't get to go to the wedding, but have watched with joy the happy photos that have been posted to Facebook and I could see how happy and settled they were.
They bought a house together and if I'm not mistaken they even got a dog.

He hasn't posted many comments to FTW lately, which kind of disappointed me because he was always my biggest supporter and I missed hearing from him.  Now I know why.  I also noticed he wasn't posting to Facebook either, but then a lot of people stopped participating, and I assumed he was one of them.

He's one of those strange people who came into my life through the internet, became a real face to face friend through the internet, at one point was one of my best friends, and now is gone.  I loved him a lot and I am so happy that at the end he was with his beloved husband.
Posted by Bev Sykes at 5:54 PM